There are probably countless rules when to officially label a record as ‘iconic’, right? But no matter how you might define them, we can probably agree on the fact that Air‘s 1998 debut album Moon Safari is indeed an iconic one, an influential masterpiece that did not only started the international career of Jean-Benoît Dunckel and Nicolas Godin but also found a loyal fanbase all over the world. And although the band was a bit close-lipped regarding any future plans during our 2016 interview, their legacy surely speaks for itself. To this day, there’s something haunting about the delicate and gentle electronica/downtempo vibes of Moon Safari, something that still attracts listeners and captures every time you give it a spin. Maybe it’s because of the quite human and soulful sound of the electronic sounds on this album, maybe it’s the high level of musicality but maybe, just maybe… it’s just the ten beautiful songs on it. And since the songs are the key to the beauty of Moon Safari, three of NOTHING BUT HOPE AND PASSION‘s writers share their personal connection to them and the entire record right here. And by doing that we hopefully encourage you to (re-)discover this legendary album now just in time for it’s 20th anniversary. 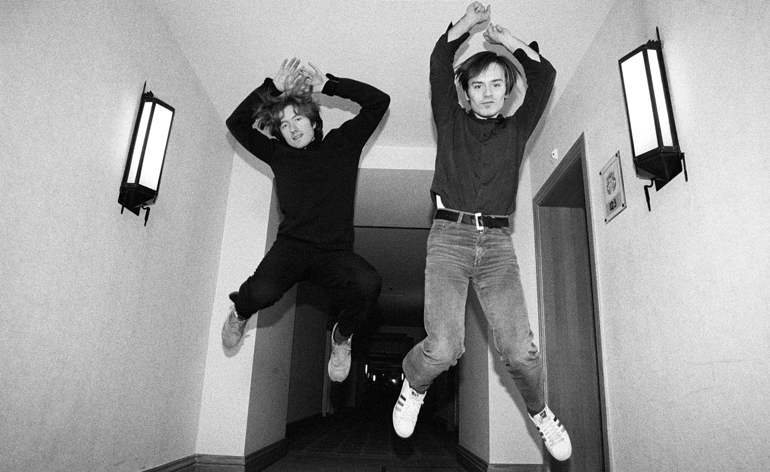 Miriam Wallbaum: I remember my first time listening to Moon Safari like it was just yesterday. But actually, it was around nine years ago and I was taking snowboard lessons. I was fifteen back then and every morning me and some other course members took a special bus to drive to a mountain in the Schwarzwald where we had the lessons. We stayed there until the afternoon and then drove back to my hometown Karlsruhe. During one of those bus rides I listened to Moon Safari for the first time. To be honest, I listened to all Air records which have been released until then and became quite a big fan of those chilled, repetitive but still innovative sounds. I was a bit crazy around that time – every time I discovered a new band, I had to listen to all music they ever had released. I even watched the movie The Virgin Suicides, just because Air made its soundtrack. Even though I listened to every record of the French duo, Moon Safari will always be my favourite. Especially the track Sexy Boy is etched on my memory, although I don’t know what they’re singing in French, I only understand the title-giving phrase. I mean I do speak a bit French but never actually intended to look after the lyrics (maybe now’s a good time for it). But that’s exactly the thing with Air‘s music: You don’t really need to understand the lyrics because the perfectly composed sounds speak for themselves.

Norman Fleischer: Younger folks might have forgotten that but there used to be times when you first got introduced to a new song by witnessing its music video on one of the back then quite popular TV channels. And sometimes the connection between images and sound was such a strong and perfectly fitting one that it was quite hard to imagine one without the other. Air‘s All I Need video has been an iconic one in its attempt to keep things natural and authentic. The way independent director Mike Mills followed this anonymous couple and captured their mutual affection for each other feels as easy and heart-warming as a warm summer breeze. And the song itself captures that tender summer feeling pretty wonderfully, thanks to the wonderful vocal work of Beth Hirsch. She sounds sensual on one side but also quite melancholic on the other. The songs, the sound, those images – they instantly connected with me and move me up to that day. It took me a few more years to fully experience Moon Safari and worship its greatness. You Make It Easy, the other collaboration with Hirsch on it delivers a similar feeling like All I Need. There’s a timelessness floating through that song and the entire record and that’s something I appreciate up to that day. All I Need remains one of music history’s best love songs despite the fact that the couple on that clip isn’t actually together anymore.

Chris Hegholtz: I was introduced to Air’s wonderful debut album Moon Safari in 2003 when I received the CD as a birthday gift from a Swiss friend I had met online at a music chat and with whom I talked a lot about music. He told me that it’s one of his favourite albums and so I was curious what it may sound like. Giving the record a first spin at night, I felt like being transported to a different reality that I immediately wanted to enter and explore. Not only has this been the discovery of a new sound, but it also changed the way I perceived music. The rich texture of the introductory song La Femme D’Argent first made me repeat it a couple of times before I was able to carry on. It’s a complete narrative – and so is the whole record. Moon Safari then quickly became one of my most played as well as one of my most cherished albums. It still is today. It’s a work of art that comes close to perfection in terms of coherence and mood. Out of the LP’s ten tracks I continue to have an ongoing soft spot for Ce Matin-Là. Listening to it many a time at a late hour, I’ve always enjoyed its ambiguous tone. Whereas the song’s acoustic character succeeds to calm me down, the orchestral feel established throughout its second half makes me get up again and feel refreshed. Ce Matin-Là is like a close friend who understands without a word being said. Its message reads: Something promising lays before you. Thinking about it, I still need to listen to Moon Safari at a beautiful morning during breakfast when I’m in Paris. Ce Matin-Là tells me that it’s going to happen.