In 2018, I quite often came across an English city I hadn’t really thought about before: Bristol. I knew about Massive Attack and the surrounding (90’s) scene, and about The Pop Group, a Bristolian band that has been combining music and politics since the late 70s. Still I never really engaged with the city let alone thought about visiting it. But during the last year, Bristol was almost everywhere (at least to me). Just some examples: I interviewed Fenne Lily, listened to Idles (who made it on top of both of NBHAP’s End-Of-The-Year lists in 2018), and I was among those puzzled to see a Banksy artwork shredded by its own frame. Finally, I took a trip to the city to experience it myself, and I came back impressed and inspired.

The facts: A diverse, historical and green city 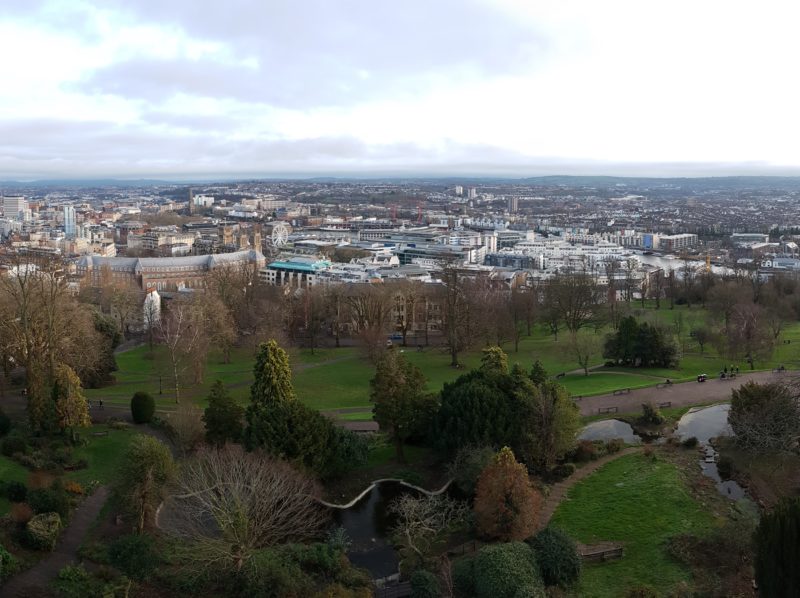 View from the Cabot Tower

Around half a million people live in Bristol, a city and county in South West England. The number’s increase is above the national average, not least because of a rise in births, migrants and students. This results in a young, diverse and constantly transforming appearance; the nearly 100 languages spoken in Bristol and the huge amount of street art are just two examples. Bristol is one of the warmest, sunniest and – due to constant efforts – the most sustainable and green cities in the UK. Whether it’s energy, food, nature, resources, and transport, Bristol offers innovative responses, for example, the founding of the National Cycle Network. 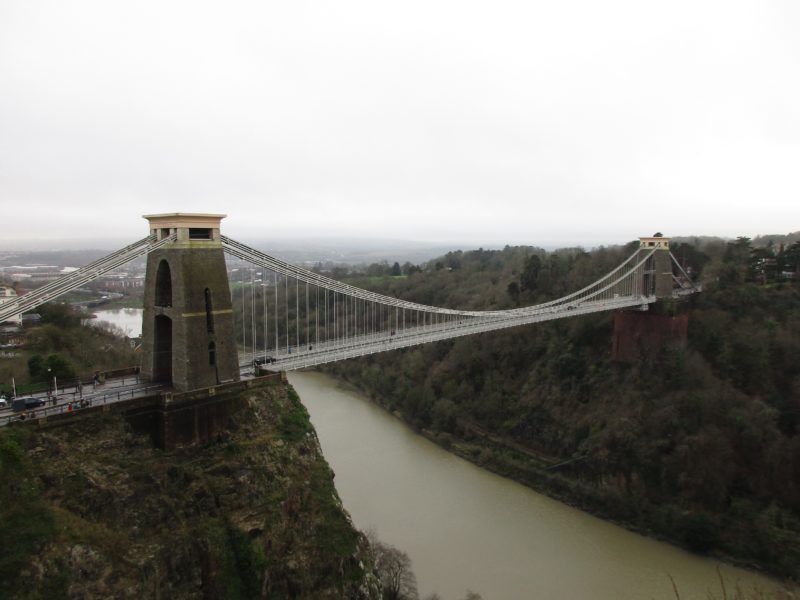 The feel: Question everything, dream big and express those visions

I stayed in Stokes Croft (just around the corner of Banksy’s ‘The Mild Mild West’), a vibrant and exciting quarter that lies to the north of the city center. It’s famous for its long history of independence, riots, and counterculture. Stokes Croft was just the name of the main road but eventually became the quarter’s nickname. In recent times, it has become a focal point for creativity, culture and local economy. There are many venues and businesses as well as squats and derelict houses. Since 2007, The Peoples Republic of Stokes Croft (PRSC), a group of activists and artists, uses art to address a wide range of local and global issues.

Another sign of Bristol’s artistic spirit is the thriving music scene reflecting the city’s diversity and history. Retrospectively outstanding are two periods: The late 70’s/early 80’s and their mixture of punk, funk, dub, free jazz and political consciousness (cf. The Pop Group, Maximum Joy and Glaxo Babies) and the emergence of trip hop (or the Bristol Sound) in the early 90’s pioneered by acts like Massive Attack, Portishead and Tricky. Many musicians got involved with the scene, for example, Neneh Cherry, The Slits and Björk. While the Icelandic artist embraced trip hop throughout her career, her Debut, on which she collaborated with Bristolian producer (and former member of Maximum Joy) Nellee Hooper, was one of the first albums to introduce the genre into the mainstream.

Then as now, the interconnections between artists, genres and generations are striking. ‘UK’s most musical city’ (due to the high number of musicians) is not big enough for isolated scenes so many acts share rehearsal spaces, concerts/tours, ideas and members for example, Portishead and beak>. Together with an underlying punk attitude, this makes for eclectic music culture.

The findings: A worthwhile place 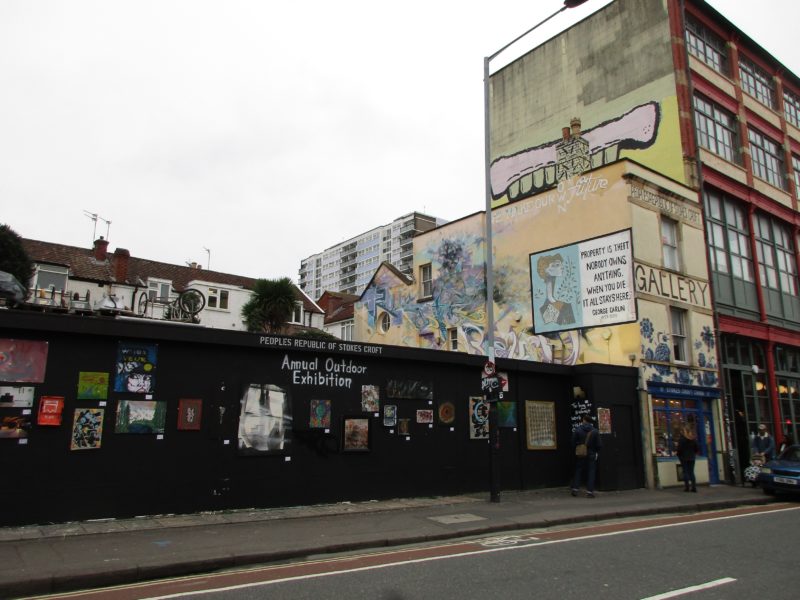 Although, of course not everything is a perfect fairy tale in Bristol, it’s ahead of other cities in many aspects. It has got me thinking a lot about (urban) living. Seeing people avoiding corporations and supporting each other instead, taking back city space in the form of walls and squats, being creative, and living as environment-friendly as possible, was an inspiring experience. In my opinion, especially the activism of PRSC meets the increasing local, as well as, global challenges; their recent cooperation with Bricking-It Bristol to reduce plastic pollution or their campaign against new billboards in the city are just two reminders that the power to change the world is in our hands, no matter how helpless we feel at times. Delving into the city’s art and music scene was a similar experience. It’s all about DIY, challenging authorities and corporates and enjoying diversity.

Other aspects I enjoyed while being in Bristol were the several hills the city was built on, the river, its closeness to the ocean – I can recommend a day trip to Weston-super-Mare – and to Bath, UK’s only place with naturally hot and mineral-rich waters. And the variety of good beer, cider, and vegan food asks for a second visit. Until then I’ll be watching Skins. 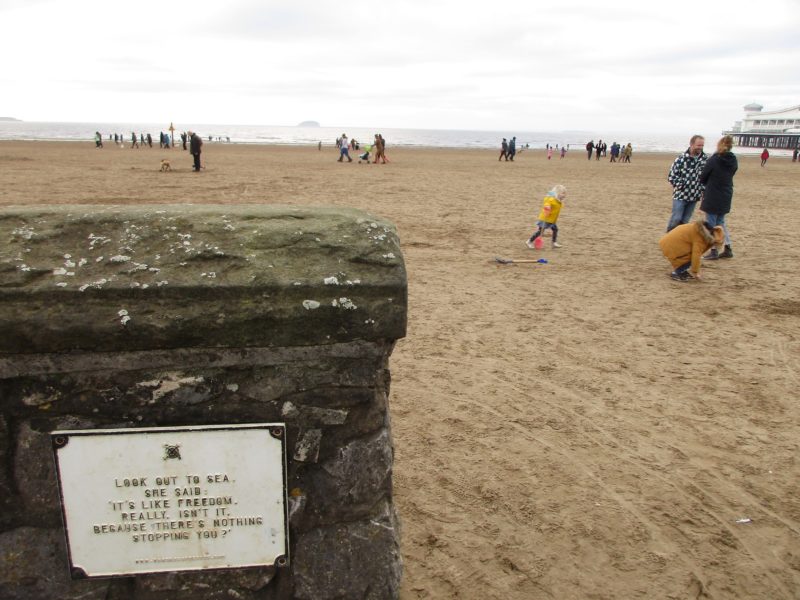 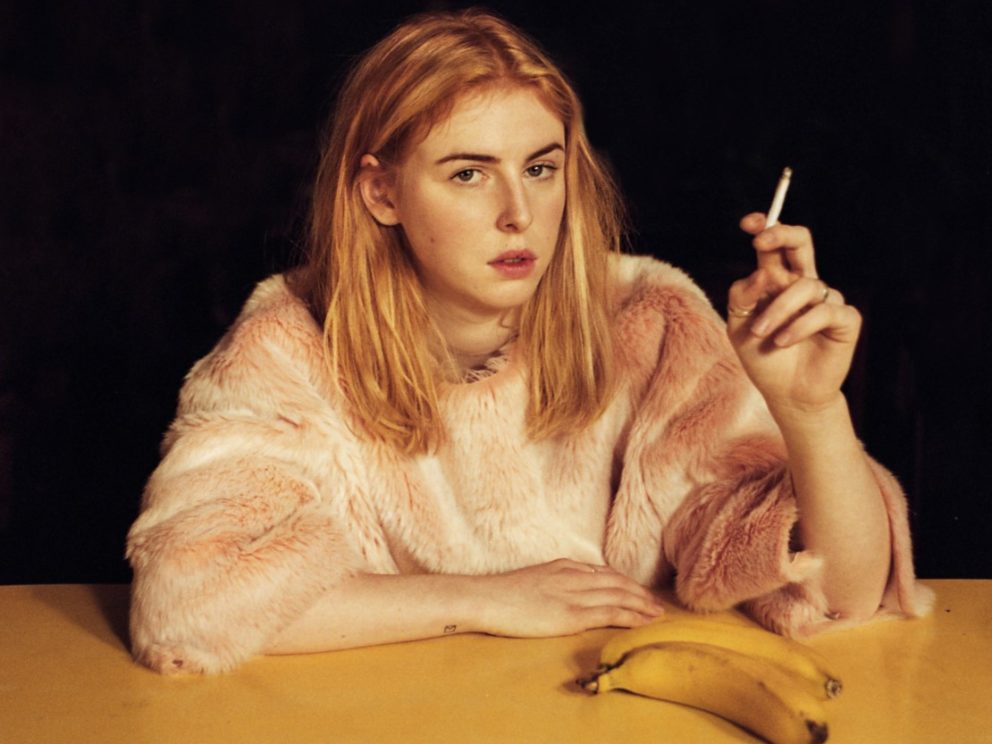