Breaking With Habits: And The Golden Choir Unravels His Enigmatic New Album

Deep in the heart of what appears to be Berlin’s unstoppable gentrification process, treasures of sub-culture are still there, hidden between the countless posh cafés and vegan burgers stops. In a backyard close to a highly discussed construction site which will soon inhabit a big posh fashion retailer lie a lot of offices and hidden recording studios like the one of Tobias Siebert. ‘When we opened that place, there was literally nothing around here,’ he explains he right at the beginning. That was in 2006 and since that time the Radio Buellebrueck Studio has become a constant home base for some of Germany’s finest independent music productions, including records for FOTOS, Me And My Drummer and Enno Bunger. Tobias Siebert established himself as a reliable force for those who’d like their productions ambitious, with a high level of musicality and creative stubbornness. The studio is his private place of creative retreat, the place where his countless musical ideas come to life. And The Golden Choir is the alias that manifests everything.

Following his critically acclaimed 2015 debut Another Half Life, Siebert now returns with a second solo full-length called Breaking With Habits in early 2018. And when I say ‘solo’ I truly mean that because unlike the name of the project implies And The Golden Choir is indeed Tobias Siebert from start to finish. ‘Being alone was still quite crucial for this second album,’ he confesses to me, sipping on his coffee while sitting in the heart of his cosy studio. Especially due to his constant producing duties for other artists he still hasn’t any intentions to open the recording process to outsiders yet. Siebert states: ‘I recorded everything by myself again, bought new instruments like a cello or a clarinet and learned to play them via the help of a few YouTube tutorials.’ This autodidactic approach is important for the artist’s creative process that usually starts form nothing whenever he enters the studio on his own

‘I never enter the studio with a already demoed song, it always starts in these rooms from scratch. Sometimes something comes out of it, sometimes it doesn’t but usually there’s always at least one creative route I would go for. But I learned from the process of the past record and set fixed recording dates in the studio this time.’

Another Half Life was a truly special album, recorded with an analogue dogma. Siebert played all instruments, recorded them live, laid one musical component over the other while not even trying to hide tiny little mistakes although you probably won’t spot them anyway. The songwriter later perfected his non-digital determination by performing solo and letting record players and vinyls with the audio tracks act as his backing band on stage. ‘I like to tell the stories behind the music’, he tells me as this quite nerdy form of the performance also works as a possibility to educate those who are interested in the complexity of the musician’s sound.

However, besides the love for the analogue and total creative control, the aspect of progress and his love for personal artistic challenges are the other elements that define And The Golden Choir. And that, of course, called for a few changes on the album that Siebert fittingly titled Breaking With Habits. ‘The first album sounded like a live recording in the end and for this one I allowed myself to program specific sounds and use digital electronics as well,’ he explains. ‘That includes samples and drum machines, for example. It really is a question of time and efficiency, in the end.’ That less linear approach to record his songs also allowed freedom in terms of their structure.

‘The songs came to life in various forms, sometimes I ended up starting in the middle. Often the verses and chorus weren’t clearly defined. Unlike on the first LP I was more flexible when it came to working on one specific tune. This time I jumped back and forth between various songs, combined elements from various production states and didn’t freak out when a song wasn’t finished. I mixed all those pieces together, often creating new ideas out of it.’ 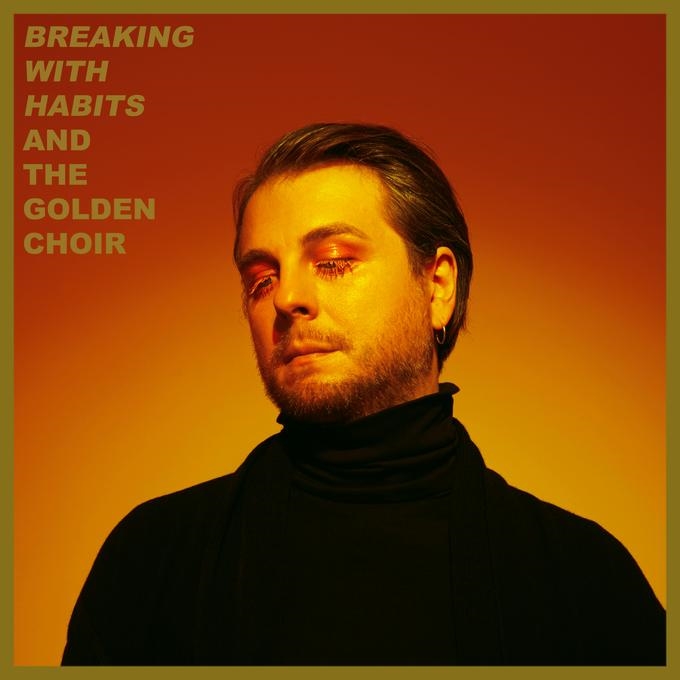 When it comes to his working ethnics the mastermind explains that he ‘want to see what happens when I throw the colours at the wall and let them drip down.’ Breaking With Habits is a colourful and adventurous affair, that feels like a dark-twisted Gerhard Richter painting. From the gloomy opener The Jewelry to the epic closing tune Into The Ocean Siebert invites the listener on a journey through his musical mind. Along the way And The Golden Choir isn’t afraid to deliver some twisted pop material with the R&B-driven title-track, the gentle The Queen Of Snow or the shanty sing-a-long single How To Conquer A Land. Still, the majority of consumers would still consider these ones as too edgy to label them ‘pop’. ‘I wanted to create something that could also work in the mainstream,’ he explains, ‘but I might have been a bit naive in thinking this way.’ The music he listened to when he grew up had an important impact on that understanding. ‘Back then the verses were pretty complex and often on a musically high level,’ Siebert confirms. ‘Today that has been compromised and optimized in a lot of pop songs. The whole composition of songs changed, giving the listener less time to discover things due to the shorter attention span.’ He decided to go for a more old fashioned way.

That love for the details remains sensible in the work of And The Golden Choir. Despite a more accessible approach than its predecessor Breaking With Habits still remains a record that needs a bit time to unfold its full potential to the listener. According to Siebert that was the plan all along, a personal creative challenge.

‘You know the feeling when you listen to an album for the first time and there’s two or three songs on it that didn’t really appeal to you in any form? And then half a year later it suddenly clicks and you fall in love with them.? I wanted to create such songs and they are on the album in the end despite the fact that I often needed to force myself since they didn’t ‘click’ immediately to me as well.’ 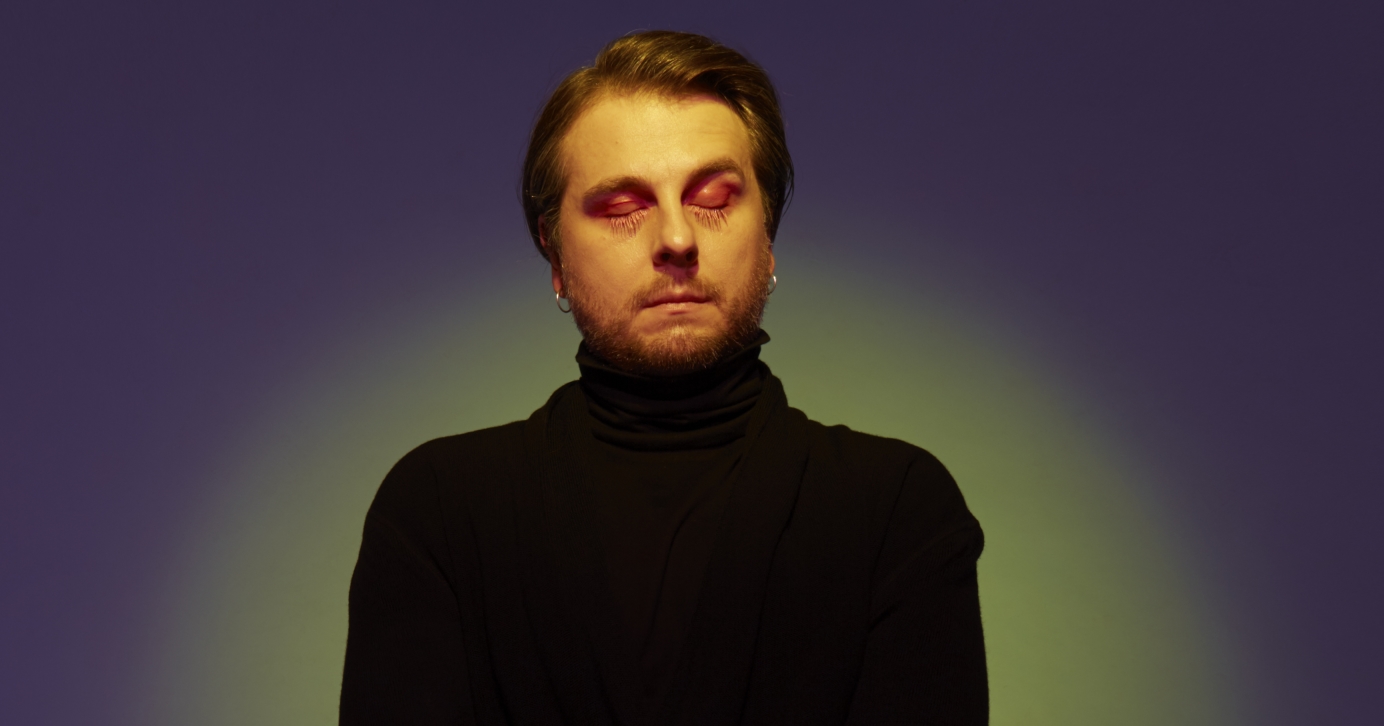 Analogue Love In A Digital Age

Siebert remains his strongest critic. ‘And I’m the person who wrote these songs, damn’, he confesses laughing. And The Golden Choir is driven by its passionate protagonist and is made for all those who like to see more in music than just generic background music or a functional mood-lifting instrument. In many ways, he’s also interested in educating the audience about the complexity and craftsmanship of traditional music recording aside of the generic presets-driven auto tune predictability of many contemporary Top 40 singles. Still, despite that love for vinyl and analogue recording, Siebert is also fan of the modern digital possibilities, especially the streaming. And that somehow also shaped the sound of album number two. ‘Somehow the album also shows my changing listening habits as it partly feels like a mixtape or a playlist packed with various genres and ideas.’ In the end it might have even been an unconscious decision by the producer to keep the audience attentive over the course of the record.

Things might change fast in the digital age and also for Tobias Siebert who could definitely see a future And The Golden Choir album heading for more beat-focussed territory, inspired by his love for Frank Ocean and Kendrick Lamar. He is a restless character, brave and ambitious at the same time, walking the creative path by his own terms. And just like the neighbourhood of his studio is constantly changing the same way the music industry and the listener’s habits do, it is important to have a creative constant like this, dedicated to the love for music and the value behind it. And although the German songwriter has been in the business for quite some time now, this feels as exciting as a new beginning … and perhaps the start of something quite big.

Breaking With Habits, the second And The Golden Choir album, is set for a release on February 2 via Caroline International Germany.
LIVE