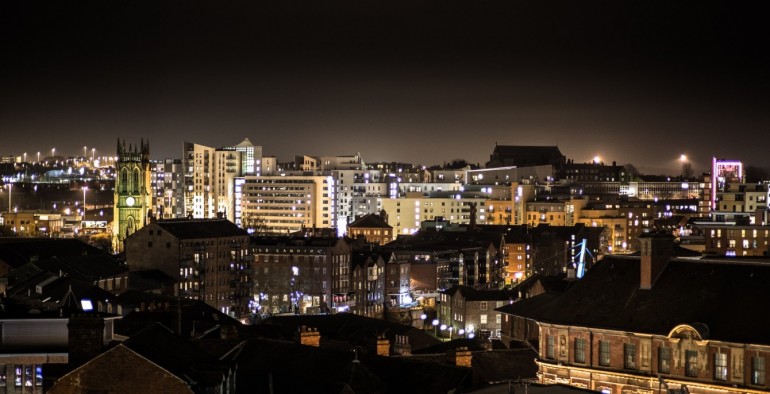 A saying in Leeds goes ‘Leeds born and bred/strong in the arm/thick in t’head’. Physically strong, stupid and unable pronounce the word ‘the’, seriously its just the ‘t’ sound, Leeds features some of the friendliest, talented people in the world. Maybe I am biased though.  Yet, famed for Leeds festival, GANG OF FOUR and inventing the moving image, Leeds is a giant beacon for creativity and talent.

Where Alt-J went to university

Did you ever hear that story about the boy who moved to Leeds because the streets were paved with gold? No, neither did I, probably because Leeds is unassuming. Lacking the smugness of London and the metropolitan swagger of Manchester, it’s a comfortable modernist city. There isn’t to say there are not plenty of creative and art spaces and plenty of talented home grown and international talent to fill them. Damien Hirst went to the art college, ALT-J formed at the university and Scary Spice for the SPICE GIRLS is from here. Leeds has always been a cutting edge, fast moving artistic city. 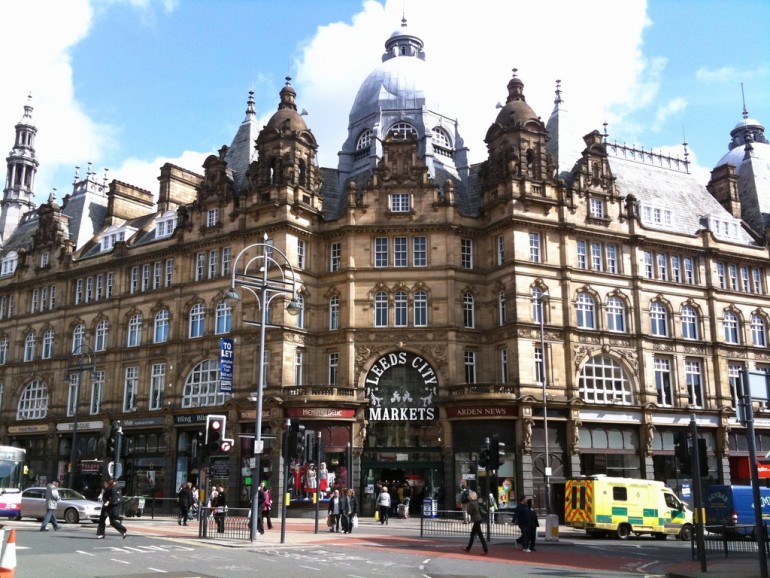 Invention of the moving image

Thomas Edison is probably popularly known for creating the moving image, but it wasn’t even him! Louis Le Prince, a Frenchman working in Leeds in 1888, filmed the first moving sequences, ‘Roundhay Garden Scene’ and ‘Leeds Bridge’ using his single-lens camera and Eastman’s paper film. However, before he could demonstrate these in the United States, he vanished. His family fought for his work to be remembered and many film historians consider him the true father of motion pictures and Leeds as the true landscape. The Tetley, beer brewery turned art gallery, exhibited his work earlier this year and thanks to Google, you can read all about it too.

So we’ve established its not all grim up north, especially musically. The city is home to some of the most cutting edge upcoming bands. Home to two world-renowned universities, music seems to flow from everywhere. The abundance of venues in Leeds means it is viable for almost any band to find a platform. From outdoor international festivals, arenas and academies to back rooms in pubs and living rooms, there is music everywhere.  Some of the best shows in the city are house shows, WAXAHATCHEE did an acoustic set after their gig at the Brudenell in June. It was incredible. 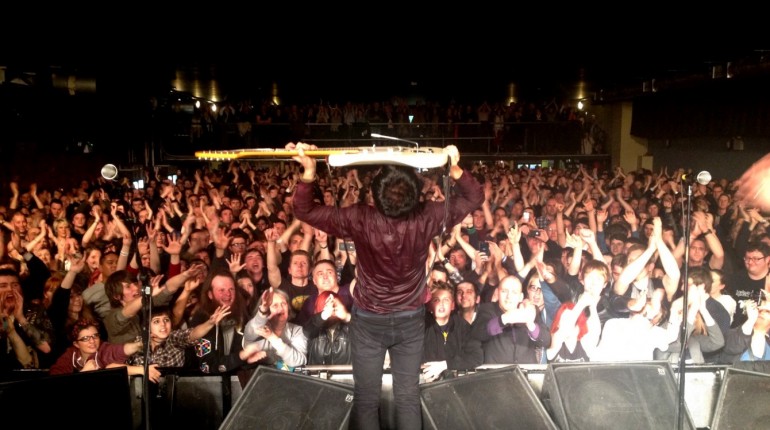 Established beyond the Leeds boarders – Johnny Marr performing at the Brudenell Social Club in 2014.

To see such a well respected band in a tiny space. The Brudenell Social Club has put on some of the world’s biggest indie names from FRANZ FERDINAND secret gigs to the festive ‘Cribsmas’, The Brude has always been a local music institution. Leeds’ musical cool includes the Belgrave Music Hall and Canteen where you can see bands like Micheal Cera and Alden Penner, FAT WHITE FAMILY and PISSED JEANS whilst eating a slice of American style pizza. There is also the huge Leeds arena with many names playing like BRUCE SPRINGSTEEN, PRINCE and DOLLY PARTON. Leeds is bustling with new and old music alike.

Leeds would not be anywhere without its home grown talent. Here are five bands that sum up the local scene.

Punk rock, recently famed for sharing a house show with the Crutchfield sisters that are Waxahatchee .

Two explosive albums, international festival coverage and cracking the fine line between indie rock and psychedelic, HOOKWORMS are an old name in Leeds music and a new name in all others.

Dreamy lo-fi pop from a Leeds based trio.

From not having a ‘tenner to my name’ to performing on Letterman, EAGULLS sit somewhere between unsatisfied and overwhelmed.

Admittedly Louis Jones, the voice of Spectrals, has since abandoned the band for the ORDINARY BOYS, but his record Sob Story is an incredible mix of 1960s pop with hard hitting indie drums. Worth a listen if only for his sweet recognisable vocals.