Interview: Woodkid – I may call myself an entertainer

In a world with almost constantly changing popmusical styles and trends a consequent good artistic concept isn’t the worst idea. French artist Yoann Lemoine might know a thing or two about this. His alter ego WOODKID planned his current success quite carefully during the past years, it seemed. When his first music video outputs Iron and Run Boy Run came out of nothing they left a certain mark in the blogosphere. Impressive visual work teamed up with epic sounds and a certain pop appeal. There was something new with WOODKID which brought him and his 2013 debut The Golden Age a certain well-deserved attention.

Lemoine is about to start another victroy lap, playing various summer open airs like MELT! FESTIVAL or the COLOURS OF OSTRAVA. Time for a little catch-up with the charismatic man and maybe even introduce him to the ones of you who are not yet familiar with his work.

LANA DEL REY, KATY PERRY, RIHANNA – you’ve had them all in front of your camera as a music video director and it looks like a good visualization seem to be quite important for you. What fascinates you with the combination?
I like to translate sounds into images and images into sound. I call that system ‘translations’. I often compose a track based on visions that I have like references that I found in books or on the internet and I just work around these feelings that these images create. I can’t see visuals not being linked to sound and sound not being linked to visuals. It has to come together.

How would you see yourself? More a musician or more an artist in general?
I’m very uncomfortable saying that I’m an artist sometimes. In France it has a meaning that is a little bit strange and could be pretentious. I may call myself an entertainer. I know how to make films and how to make music so I use both of these tools to un-sane people, that’s what I do basically.

What is “The Golden Age”?
It’s a bite to childhood. Childhood is to me a golden age, it’s the time where you don’t have to worry about anything. I talk about that moment when the kid walks passed the door of the house and leaves his parents and I think that the whole album is about that conquest. If I had to make a parallel with my life, the album stops before I started to make music. Then I found a new golden age: new ways of expressing myself.

So, basically a second golden age.
I would say I am in a new golden age right now, but the album doesn’t know about this yet. It stops right before. Maybe the next album is going to be super poppy, fun and happy, who knows.

Is the “The Golden Age” an autobiographical record?
Of course I inject a lot my personnel stories in my work and I don’t project myself to much in the characters that I create. Like every artist, it’s just you have to. But I make it illusive, distant, strange and mysterious enough so people can just take that story and make it their own. I don’t want people to look at my project and feel like they’re reading my autobiography.

WOODKID: “I love sad songs but I love dance music too”

The songs are really good in combining experimental and epic sounds with tender melodies. Take “I Love You” as an example – what’s the story behind this track?
I’ve been diving for quite some time now so I was very much inspired by my underwater adventures. There is something very deep in doing this. Deep in the real sense, but also in the emotional sense. And it’s always been something I wanted to explore.

The loneliness of the ocean, probably.
I feel very disconnected when I’m down there. It somehow visually really influenced me. You get very close to something that is somehow death and that’s very fascinating. So I had to pay tribute to that in a song and visually it’s the same. The video is very underwater.

I like the idea that you released the album together with a book. How did this happen?
I actually went back to Poland, that’s where my roots are, with my cousin. She is a writer in literature and  teacher at the Princeton-University in the US. We came back to the family house and start to dig up a little bit the past and understand about the Jewish and the past of our family. How the religion got forgotten by my grandmother when the war happened and how the scars were so deep in my family that it had to be a part of me today, even two generations afterwards.

This might also help the autobiographical aspect of the record.
Yes, it’s like the extension of the story of The Golden Age somehow and the past of our family. Me and my cousin together wrote that story that was just a compliment and an extension of the stories I am trying to create in those songs on this album.

Beside the impressive videos and sounds you are also known for playing great live shows. What can we expect from WOODKID during this year’s festival season?
I have a main formation which is eight people on stage. I love that because I have a brass section, two drummers, a keyboard but I still have machines and massive projections on set so it’s a very epic live line-up. I’m very proud of the live concerts because we worked so hard with my teams on it.

How do you want the audience to experience it?
I love sad songs but I love dance music too, so I try to combine both of them on my album. I would love people to say it’s entertaining. First they cry at the beginning, and then they dance like crazy. We already have an amazing response from the shows. The feedback by the people that come to see us, and go see us after the shows and talk on the social networks. I have so much pleasure to be on stage and meet my fans – that’s what really counts, that’s what really matters. 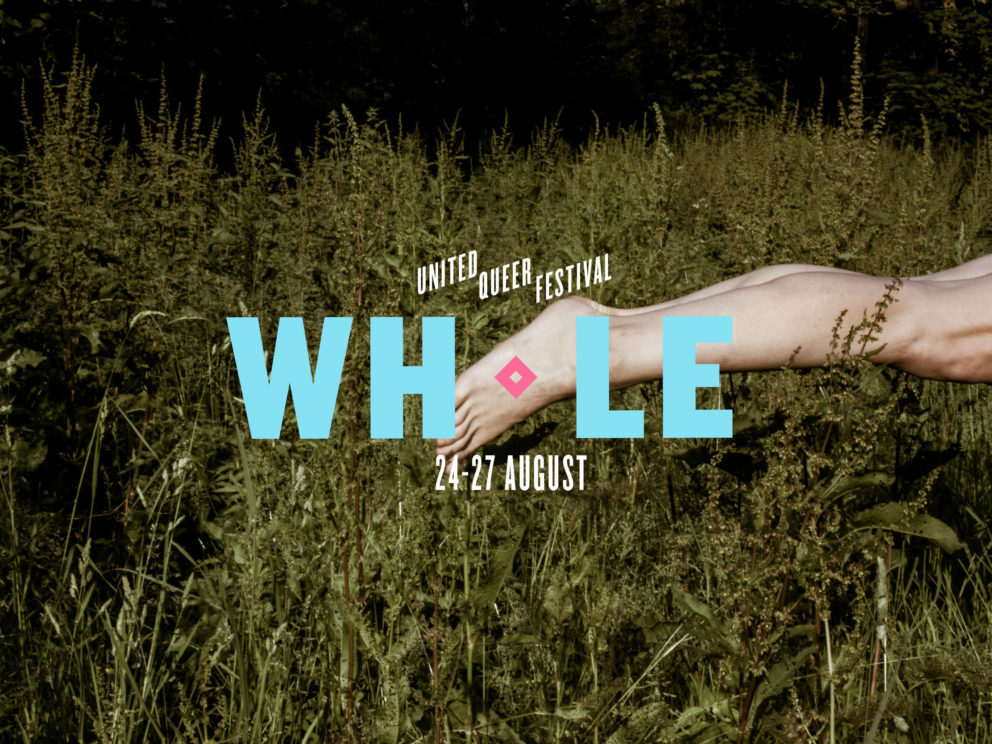