Sushi, Climate Change And Dystopia: HÆLOS’ Second Album Is Pop For The Here And Now

The band formed around the first, hugely successful single Dust. Originally a three piece, they quickly adopted their touring member Daniel Vildosola to become a full-time member. With new inspirations the forthcoming sophomore album clearly distinguishes itself from its predecessor, yet keeps up the classic dark and atmospheric HÆLOS sound. Where Full Circle was a more of an experiment, Any Random Kindness is a dynamic and conceptual album that knows where to take its place. The outfit has learned from being on tour together and fused the energy of the audience to a brand new LP. The outcome is an intriguing mix of equal parts party track and nostalgic indie electronica. Aspiring to ‘broaden out their sound’ HÆLOS weaved some more acoustic tendencies into the pulsating waves of 90s trip hop kind of synth. You will even be able to catch a hint of acoustic guitar as well as melancholic piano tunes.

Hidden away somewhere behind Warschauerstraße, the RAW quarter’s neon lights are glistering through the dense February rain. Lake-sized puddles guide the way to the cozy venue called Badehaus. There I met the band in the even tinier backstage fitting room. Squeezed onto one couch and dipped in golden light from the few light bulbs dangling from the wall, singer Lotti Benardout and Daniel from HÆLOS opened up.

Pop loaded with a message

That is what HÆLOS is promoting in 2019 as they opened their show with the back then freshly released single Kyoto. Lotti’s ethereal vocals gently caress the mellow and moody beat until Arthur bursts into the catchy chorus. After watching the video to the track, which has a sinister twist at the end, it is clear that this is a commentary on the Kyoto climate protocol as they explain:

‘Our song Kyoto is very ware of the change we could have made but we chose not to. We are more or less literally sitting there eating, consuming from this beautiful creature while it is right in front of our eyes. And as long as you don’t look you enjoy it, until the point comes where you have no choice but to realize what you are chewing on, and you choke.’

‘Shut your ears and hope it goes away’ doesn’t work for this band. ‘We are not here to preach but we just want to question these things. Music is a way to make people think and to provoke them in a positive kind of way. That is what especially that song is trying to do.’

The video is certain to make some people to even choke in front of their screens, when confronted with the ‘Mermaid Sushi’. But the concept is not abstract. Nowadays we are often oblivious to any connection the cute white lamb has with the steak on our plate. It is not only the message of the video that has provoked discussion. It is also the first appearance of singer Lotti taking center stage in one of the band’s videos.

Does the charismatic singer ever feel pressure to take on roles like these, lying half naked and in a mermaid dress on the table, in videos or band photos? She answers with a clear ‘No’ and explains: ‘We got a lot of different treatments for the clip and the message of this one just stood out from the others! It fitted the premise of the song and was a great sinister twist to our lyrics. And it laid out the urgency of this topic by applying the a little shock effect but without being too serious. So we went with it. The only thing I felt uncomfortable about was lying on a table in that fish-tail costume for four hours’

Luckily Lotti did not have to climb back into the fish tail to make their live show as captivating as the clip. Unlike other electronic bands HÆLOS have a different approach at what a stage act should be.

‘When we go onstage we try to give our songs a life aside from the record. We want to make it a different experience than listening to it on headphones. Now that we have been touring quite a lot, we are getting more confident at exploring ways to translate our music into a great live act. The boys are incredibly talented musicians anyways. That makes it easier to play a show involving more instruments than the DJ set.’ 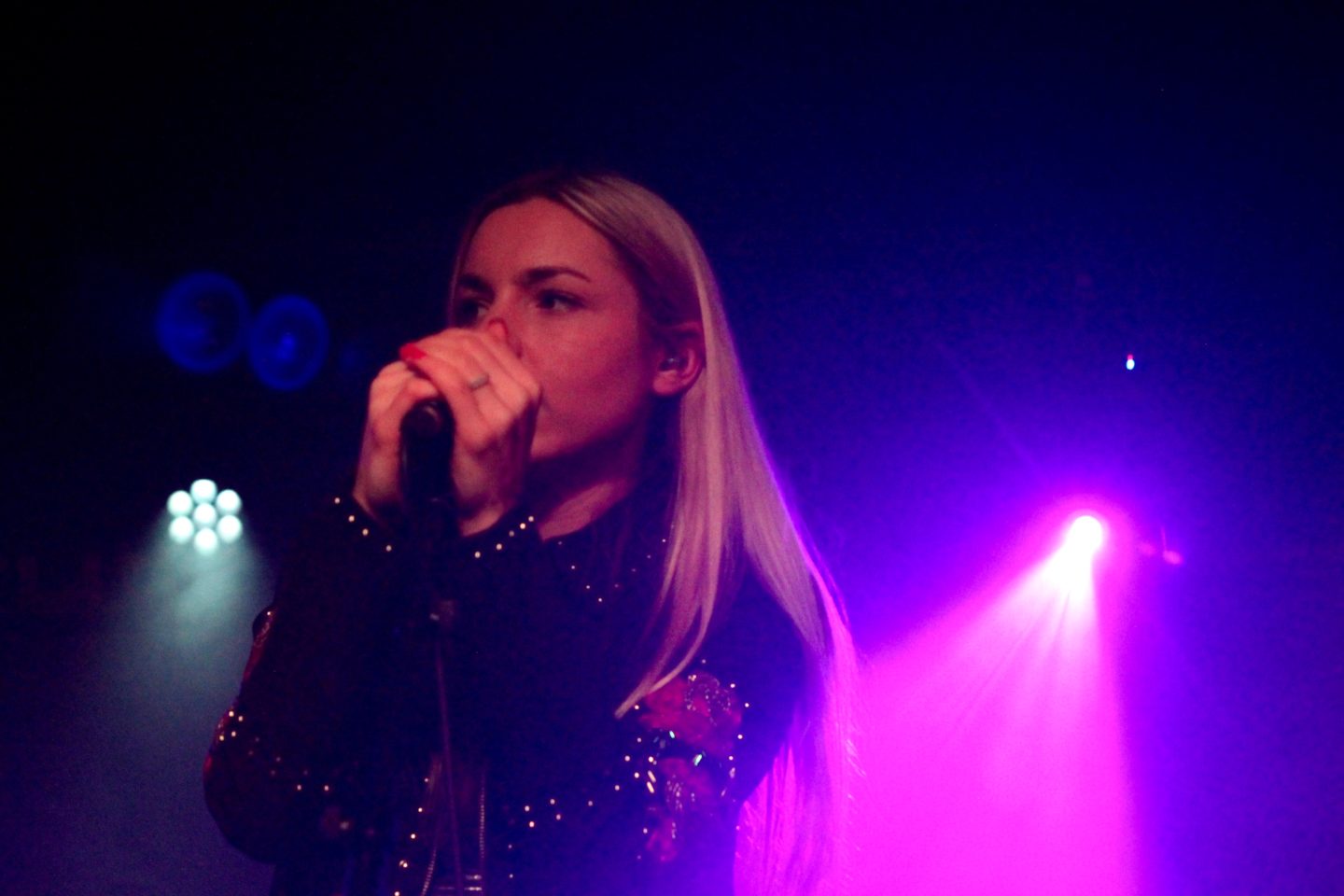 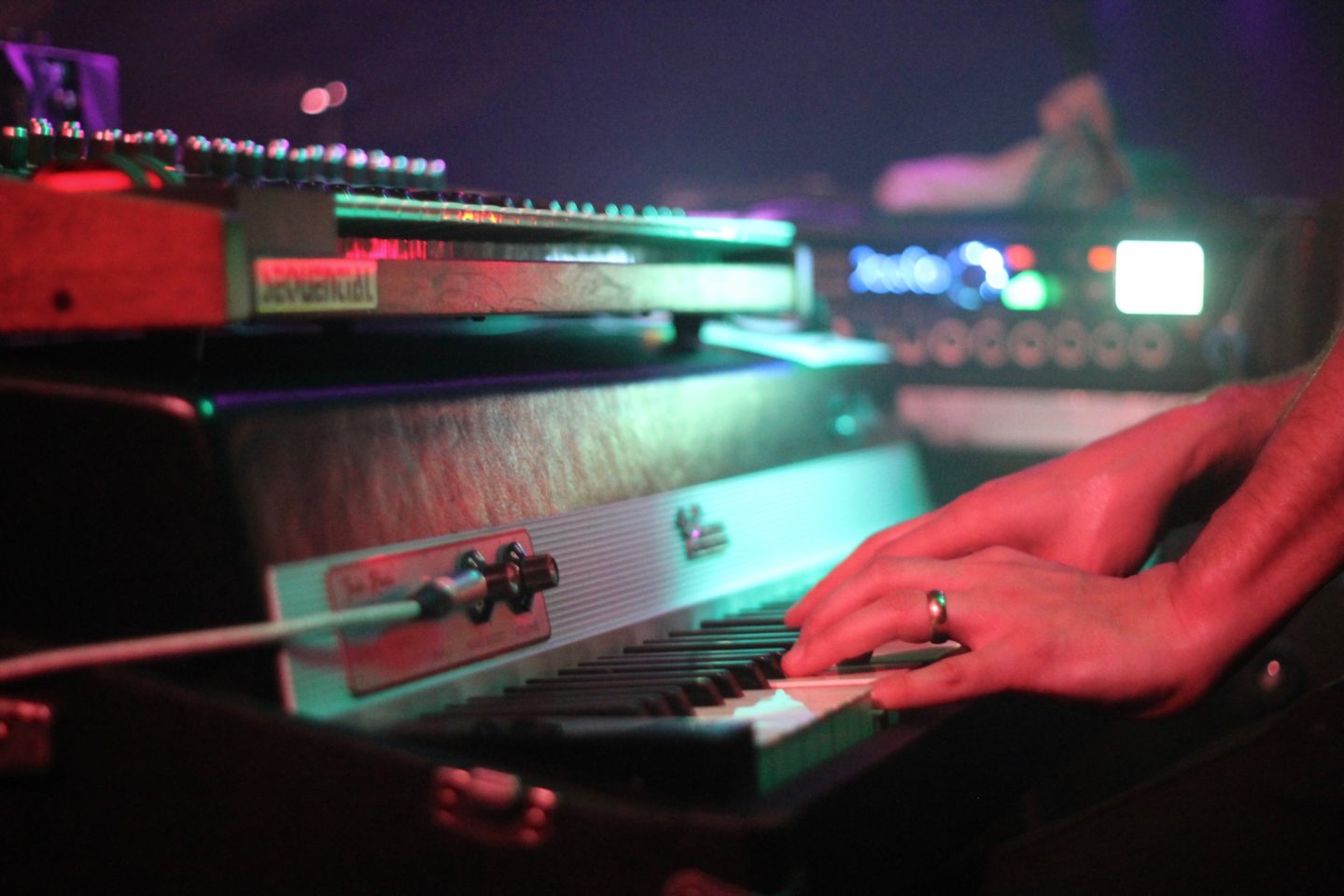 Come and join the Dystopian Dance!

HÆLOS called their music ‘dark euphoria’ for a reason, producing creative and a little sinister electronic beats. It is exactly this dystopian vibe, which gives their songs a very urgent feel. As if it is the last thing you were to listen to on this planet. Any Random Kindness is a gloomy affair, indeed but is there any hope left for a band that literally sings about an ‘end-of-the-world’-party?

‘If there was a flood coming, whether it is an actual flood from the melting glaciers or a flood of data – as we like to say – maybe an arc were to help. And what could this arc be? Maybe it is any random kindness. That was also the inspiration for the title of our second album. It is a reminder of how we should be kind to one another, not at least because we are all of one kind.’

This explains the epic sound of the track called AR‘ on the track. If it is not an arc that will keep us over water, maybe floating on the fuzzy synth tunes of the song will do. Another teaser of the new album arrived in the shape of the the call-and-response single Boy/Girl. It’s another analysis of our changing society; ever connected through technology but loosing touch of what real human connection is.

Thinking about the radical speed of technological progress can be quite frightening. Where do we go from here with all those rapid developments in the technology sector? The band’s answer is indeed quite pragmatic:

‘Technology will take over, no question. It is already happening. Do you realize that we somehow live in the world that the cartoons we grew up on portrayed? Smartphones, being connected all the time, personalized advertisements. Twenty years from now we are probably going to look back and recognize technologies that used to be a concept of imagination only.’

(Still) Nothing but hope for the future

All of that sounds pretty dark and pessimistic but there’s also a joyful hope sensible in the band’s grooving dark pop gems so I was curious to see whether they got any any hope at all for the future.

‘Yes, hopefully we can at least have a little environmental change. But it is hard to convince everybody of it. Especially because it affects our small habits that we aren’t even aware of. Like how you should not buy anything wrapped in plastic, eat less meat, and take bikes instead of cars. Sadly it is still too hard to keep up with all of these things. Every thing is wrapped in plastic at the store and it is still too cold to bike. Everybody is part of the problem. We for example are going to get a plane to America and we drove here. We are also part of the problem, we all are. It is just about trying to do your bit and being aware of how your acts impact the world around you.’

Apart from watching their meat intake and plastic use, HÆLOS also know that music can unite people and open their eyes. This is the mission behind the fun and eclectic beats they create. Sometimes it is worth to not yet drift off into another universe, but to open your ears and eyes for a minute to listen to what this band has to say. Even if you feel like one person cannot save the world ‘it is also about us putting pressure onto those people, who do have to power to change something. If people are aware that there are decision for them, maybe that will help to change their behaviour.’ 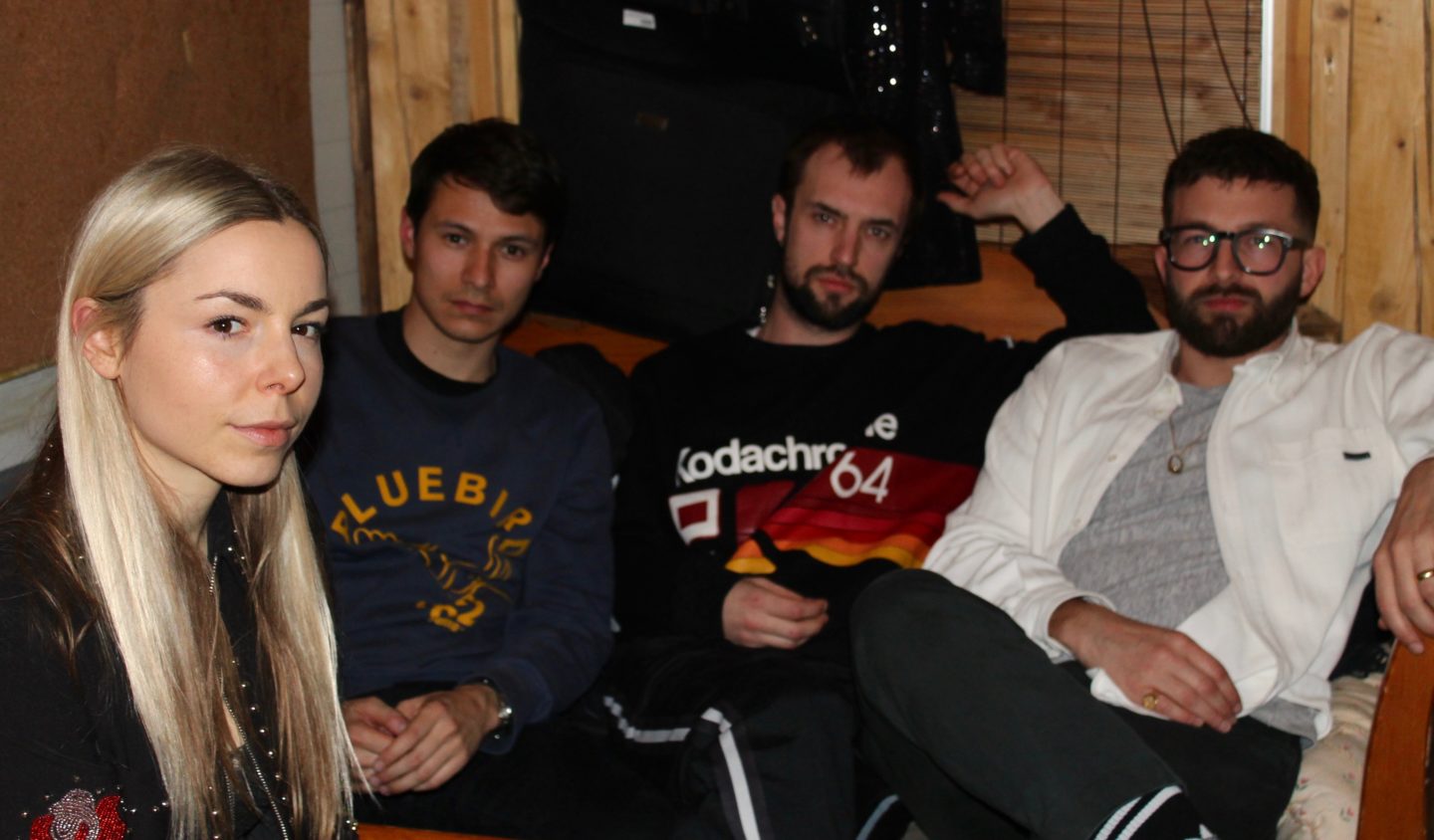 Any Random Kindness will be released on May 10th via Infectious/BMG.