A Strange Kind Of Magic: Pieces Of Juno On The Art Of Opening The Unsaid

For some, music is about release, a way of dispelling the darkness of everyday living in the rush of a riff or a chorus. But for others, it’s a tool to dive deep into that darkness and explore the uncomfortable, sticky and strange avenues of the human condition. Because hey, that’s often where the most interesting stories are. With her ‘Nordic Noir’, a genre that she created for herself to exist in, Norwegian artist Pieces Of Juno, aka Juno Jensen, has become an expert explorer of things that go bump in the dark of the subconsciousness. 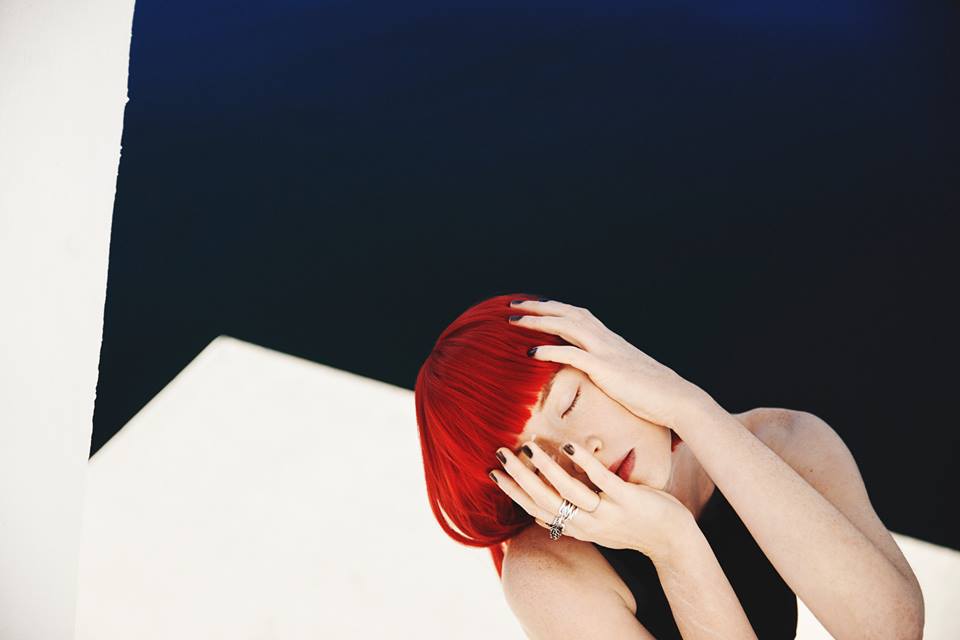 Across two mini-albums this year, April’s Kalopsia and September’s Tacenda, Juno set out her vision of what Nordic Noir is. Kalopsia dealt in a kind of neo-cabaret, six slow-burning, low-light songs that moved in worlds of fragile happiness and decay. Tacenda was a more elusive and shadowy album, harder to pin down. On both, the listener can use their titles as tools to interpret them: Kalopsia is a Greek-derived word meaning ‘The delusion of things being more beautiful than they are’ (also used in song by Queens Of The Stone Age, after a tip from Arctic Monkeys‘ Alex Turner), while ‘Tacenda’ comes from Latin and means ‘things that are best left unsaid.’ Kind of against the spirit of leaving things unsaid, we caught up with Juno to talk about the records.

Writing Down Your Dreams

At what point did you start working on the Kalopsia and Tacenda projects, and how did they develop? Why did you decide to record two smaller sibling albums, as opposed to a more conventional, longer single record?

I started working on Kalopsia in 2015, and Tacenda came as a response. I originally worked with thirty demos that was going to be my debut album – a classic 10-12 track record. First, I wanted to release it in this format, but as I was working with the songs, the themes gradually developed into more distinct directions, claiming their right as separate, but related entities.

You mentioned in an interview that you record your dreams, and that’s where the Juno name came from. Does that feed into your lyric writing too? The fragmented visions the lyrics depict, especially on Tacenda, do kind of make sense as murmurs from dreams.

Sometimes I write down my dreams, if they’re interesting enough. The Pieces of Juno name came from a dream. I’m inspired by the subconscious, which has bled into this project in particular. I needed a month of solitude to complete the writing for Tacenda.

You talk a lot about cinema as an inspiration, and a lot of the filmmakers you talk about are known for sort of cryptic films, films that are fluid, murky, that are hard to firmly pin meanings and conclusions to. That’s could be said of Tacenda too, you can think about it a lot and read a lot of meanings and ideas in it, but it’s a record that eludes being pinned down definitively. Is that the kind of art that generally appeals to you?

Many art forms appeal to me, also in popular culture, but I tend to navigate toward expressions with layered meanings, with depth and character and where there’s room for reflection, interpretation and analysis.

Musically, Tacenda is lush and complex, with all these little motifs and echoes that run through several of the songs. The songs kind of blur into, complement and echo each other. How was the writing process for this?

There’s a specific character present on that record, she’s the one telling the stories. When I was writing the songs for Tacenda, I was her and when I’m performing I’m acting through her. 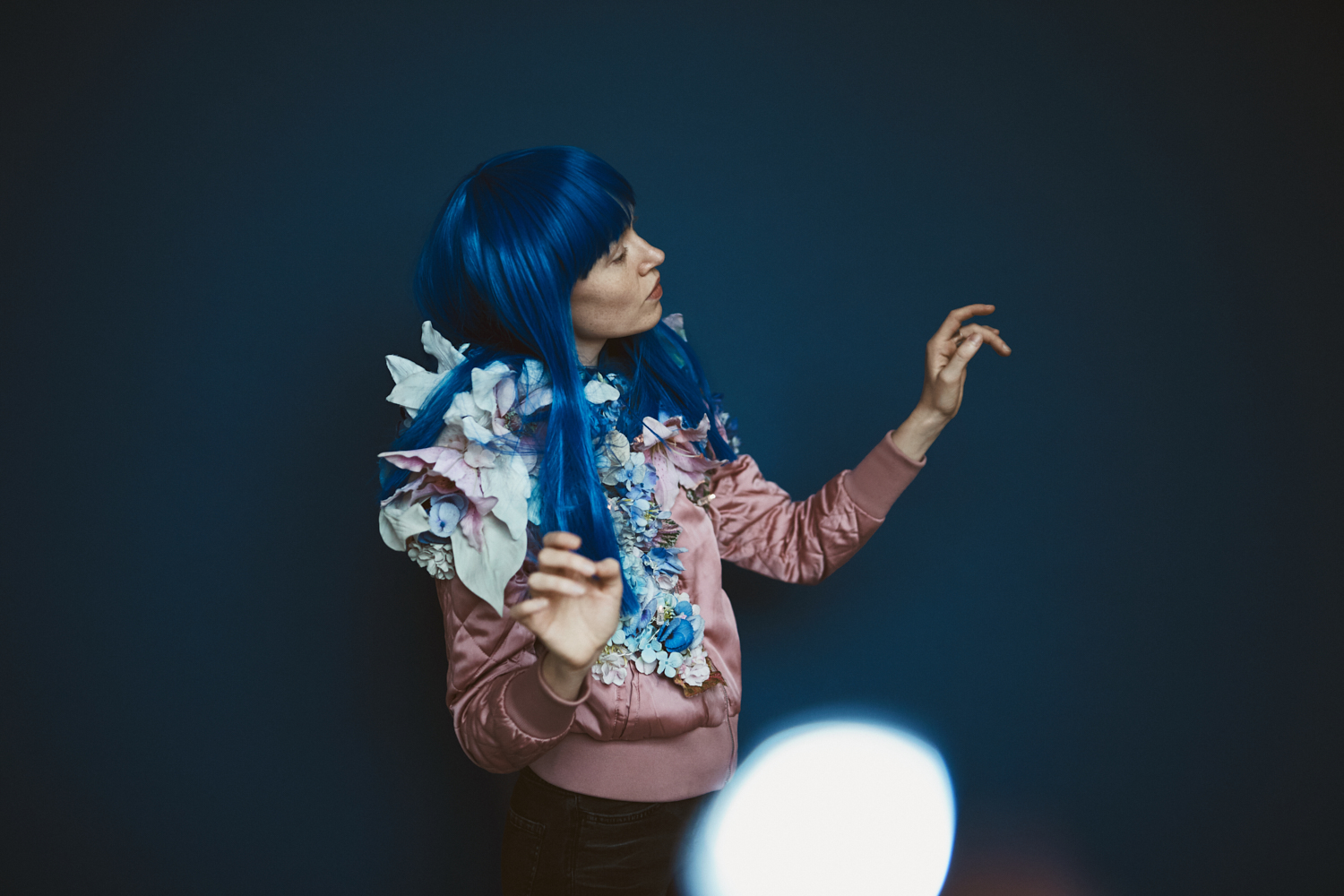 Your live show includes dancers and a VJ who perform to your music, which I guess is a very literal and direct way of seeing someone study and interpret your work, and pull their own interpretations from it. Do you like seeing that process unfold?

I love it! When working with Victoria on the artwork and aesthetic background of the project, and Anna, Ida and Hedda in particular in developing the live-set – it’s a tremendous feeling when connecting with other artists like this, it’s powerful.

The first glimpse we got of Tacenda (a little flash of Wild Flower) appeared on you and Anna Leijonhielm’s Beethoven’s 9th Symphony Remix. Is classical music a strong source of inspiration in your own work?

I rediscovered classical music while working on the Beethoven remix, and it’s been a great inspiration since. It prompted me to start researching female composers, I really miss women in the depiction of music history, especially in classical music. The same goes for all history, I guess.

How much of a resource is KOSO [The Norwegian label and collective Juno’s a member of] for you, when you’re working on your music?

I usually work alone when I write music, but KOSO has been a major resource in giving me the strength and confidence to keep on working, to find my own voice and to develop the visuals and live-set. I have so much love and gratitude for the work of Victoria Ulrikke Iles, who did the artwork, for VJ Anna Lejionhielm, contemporary dancer Ida Frømyr Borgen, production and costume designer Hedda Virik, photographer Sara Angelica Spilling, video maker Kristine Meling Enoksen, artist and producer Anniken Jess Iversen and at last but not least Marit Soldal, co-founder of KOSO.

Okay, Kalopsia is part one, Tacenda two, is this project going to continue from here? Or are you planning to move onto something else?

Pieces Of Juno’s Kalopsia and Tacenda are out now on KOSO.

All photos by Sara Angelica Spilling