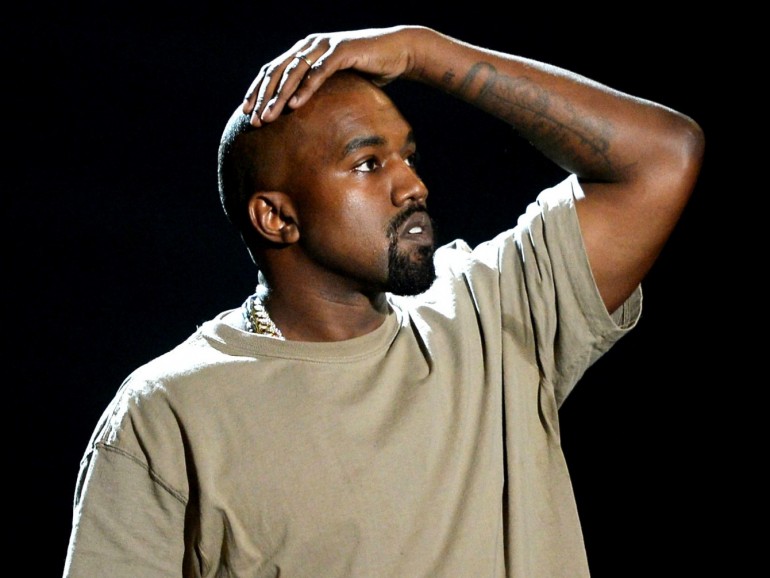 Alright. That’s it. I mean, I’ll let you get away with it for far too long, but Taylor Swift? Seriously, man. You already crossed the line with that horrible ‘Bill Cosby is innoncent’-Tweet last week which was basically you spitting in the face of all the victims of Cosby’s sexual harassments. Now you rapping about ‘fucking that bitch Taylor’, the woman you apparently made peace with following this infamous ‘Imma let you finish’ moment a few years ago. Something she obviously didn’t approve although the raper got a different opinion on this. But the Taylor thing isn’t the point here. Personally, I’m done defending your narcissistic and misogynist bullshit, KANYE WEST. We’ll let you get away with it for far too long because you make it hard for us to really hate you. But now I’m joining Ruby Rose on this.

Because aside from all that bullshit, you are, indeed one of contemporary music’s most progressive artists. You moved rap to new heights, you extended the boundaries of what a mainstream pop star could do. Yeezus was a testament of strength, anger and politically motivated messages that made way for other rap albums to follow (and maybe one day even other musical genres joining that path). And, yes, if you take away all that ‘finding a name via Twitter’-thing and the whole Yeezy Season 3 buzz with the Madison Square Garden event, the new album, The Life Of Pablo, is another more than solid rap album. It got all the right beats, all the right features and the flow you’ve come to love. And yes, some might call the combination with launching a fashion line a revolutionary act and basically a testament of contemporary capitalistic standards in the mainstream music industry… well, or you might label that under the moniker ‘delusions of grandeur.’ 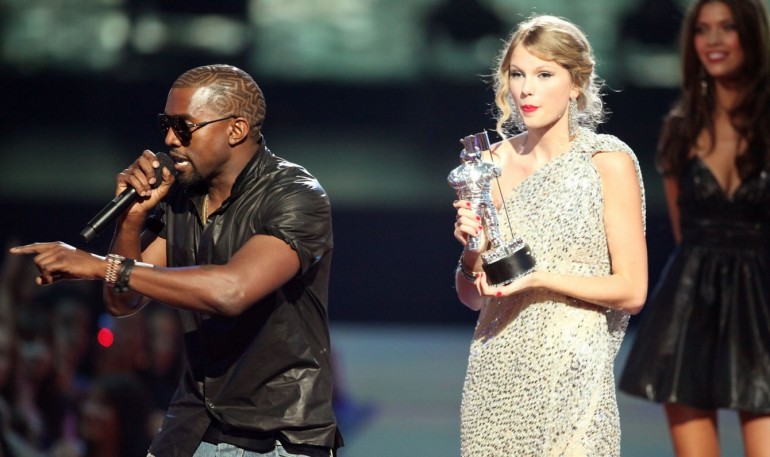 Kanye West & Taylor Swift. Looks like this friendship is off the table for a while.

Still, that alone is not enough, dear KANYE. I mean, you got all the skills, all the potential and this maybe weird but ambitious vision. You could’ve indeed been the 21st century BOWIE but you’re lacking of basic skills like humility, critical distance and a certain deliberateness. Instead you fall for every small aspect of criticism, resulting in pointless Twitter rants like the one with Wiz Khalifa two weeks ago. You don’t think before you speak (or type), you are too impulsive and childish. You’re a 38-year old man acting like a 17-year old prick. No, that’s not cool, not ‘real’ and not ‘you as an artist’ speaking, it’s just an asshole-esque behaviour. KANYE WEST, you are a role model to Millions of people on this planet, including a lot of young people! With great power comes great responsibility. Start being Spider-Man instead of Deadpool, start thinking.

Oh, and please stop that misogynist crap on and off stage. Why the necessity to still rap about putting your penis into all sorts of vaginas in your songs? I mean, even Taylor? Come on. You’re almost 40! Stop treating women like whores in your songs. You’re a married man (although to an expressive women who is famous for questionable things) and a father to two kids. And you are friends with BEYONCÉ who just recently made a strong female statement with her new video. I don’t know how Mr. and Mrs. Carter-Knowles can still be friends with you.

It’s not an artistic vision or whatever, it’s pubertal nonsense.

Look at KENDRICK LAMAR, look at RUN THE JEWELS. Look how they run the rap game with intelligent and provocative lyrics that are also filled with a lot of curse words but also even more political messages. Take a record like To Pimp A Butterfly and see what rap music is possible these days. The Life Of Pablo doesn’t have that power because it mainly circles around your ego; it says a lot of things but doesn’t mean anything. What’s the point in saying that you love your wife and kids and rapping about some b*tch s*cking your freakin’ c*ck in the next verse? 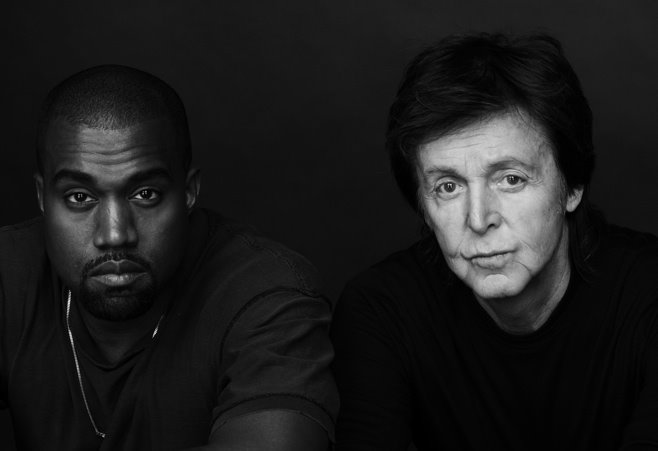 What is Paul McCartney actually thinking of this? (Photo by Inez and Vinoodh)

KANYE WEST became a perfect example of the ambivalence of these upper one percent of mainstream pop. They preach art and pseudo political messages but – on the other hand – sell freakin’ Yeezy sweat pants for 400 dollars each. They want to make big statements but in the end they remain shallow phrases of spoiled multi-millionaire who think they can change the world by releasing new sneakers or releasing their albums via TIDAL. It’s a capitalistic virus that got hold of KANYE, JAY Z and others. And we are all to blame for letting this happen. I mean how many people paid money for this Madison Square Garden event or went to a cinema yesterday? How many media platforms jumped on the bandwagon to generate clicks (Pitchfork, I’m looking at you)? Okay, fair enough, even NOTHING BUT HOPE AND PASSION backed you back in this whole Glastonbury debate.

I used to be one of those people who said ‘Cmon, it’s Kanye; he can get away with it.’ Truth is: no, he can’t. He shouldn’t. It’s the year 2016 and there’s no space for this pretentious egocentricity anymore.

This ain’t a peccadillo, it’s not funny anymore, dammit! Creativity is not an excuse for being an dick and you are heavily invited to prove me wrong by growing up and actually being the artist you always claim to be. Until this happens, I’m just gonna have to say ‘Farewell Yeezy’.