Over the past years Swedish wave pop duo Wy has become one of NOTHING BUT HOPE AND PASSION‘s favourite new bands. Their two albums Okay (2017) and Softie (2019) are wonderful testaments of musical skill and honesty as singer Ebba really understands how to turn vulnerability into a strength. She’s always been quite upfront about these topics in her music (or that lovely guest article she once wrote for us) and over the years a strong and delicated following of fans gathered around her and her musical partner Michel. Now, in the spring of 2021, Wy are once again setting off to comfort us with their melancholic sounds and haunting songs. Marriage is the name of the band’s third album which is set for a May 7 release via Rama Lama Records and today we’re happy to give you first music from it in the form of Come Here, the tender opening track. We also took the chance to catch up with the band and ask them about their life in the pandemic winter of 2021.

Welcome back Ebba and Michel. How are you spending these days in the cold of socially distanced January?

Thank you, happy to be back! We’ve been busy working together with Rama Lama to finally put this record out, as well as some releases on our own label/studio, Feverish, for this spring.

I can only assume that the Covid crisis had an impact on the recording of the album. Was it your way of coping with everything? Did it change the character of these songs or did the music in its own way?

It kinda helped in the sense of us not feeling like there was any rush to get it done. The situation might not have changed the music, but more how we made it. When we first started on the record we had plans on filming a lot with our friends and recording everything in a studio, but when the pandemic happened we decided to do everything ourselves instead. In the long run it made a lot of sense for this record, since the process became so much more intimate.

Come Here opens the album and is also your pick for a first single from it. Why that specific song?

The sound of this record has changed a lot throughout the making of it. Come Here was an early track, but when we were finished it seemed to tie all the new tracks together with our older material, and we liked that. It feels like a nice bridge between then and now. The lyrical theme is also a good introduction to the story we want to tell with Marriage.

There is a raw lo-fi vibe to the song, something that also runs like a red line throughout Marriage … it feels a bit different than Softie, goes a bit back to the sound of your debut Okay – was that a conscious decision or did it happen “by accident”?

The line between the band and us as people is kind of vague and since we started the band we both have grown up a lot. We’re not saying that we’ve “found ourselves” or something like that, but we’re at least a lot less insecure nowadays, and more sure about what we want. That slow realisation made it possible to capture something that felt new and special with the whole record.

Softie was a really explosive album, and it was exactly what we needed at the time. It’s hard to say right now if we’ll make anything like it ever again. “Marriage” instead took us in a direction which feels both as a conscious decision, and maybe a deeper unconscious one, to get back to the core of the songs themselves. More stripped down but still ”in your face”. It’s what felt most interesting to us at this time.

Come Here is a fitting introduction to the world of Marriage which sees the band in their most gentle and authentic form yet. It’s a less posh affair, especially compared to its predecessor Softie but that makes the listening experience even more profound. The fact that she and Michel married following the release of their last album also had a crucial impact on the songs you will hear on the new one. We all have different associations with the word marriage but obviously, Wy aren’t a band to deliver a record packed with fluffy-puffy love songs, that much is for sure.

Ebba, you state “I want to be a wife” in the track’s lyrics and that connects to the title of the album. You two have been a couple for many years and getting married somehow feels quite old-fashioned and outdated for many younger people. Maybe because they are scared of commitment and the conflicts that come with it – why did it feel “right” for you to seal the deal?

We are two people who think a lot about the future. We’ve always had big dreams and big plans, and when we feel strongly about a new idea, we usually go through with it. The future we’re both imagining, whatever it involves at a specific time, always include each other. I’m usually quite scared of commitment, but I was not scared at all about this. Maybe that’s how I knew.

You two also joined Patreon ahead of the album’s release. I remember meeting Amanda Palmer (aka “the queen of Patreon”) once and she said that great sentence “Social media is like dating but crowdfunding is like marriage“ and that sums it up pretty well (plus also connects to the album). How is your experience so far? What did you learn about yourself and your fans in doing that?

Patreon has helped us finish things we’ve always wanted to do but never felt was worth the time before. It feels surreal that there are fans out there willing to support us in that way and we’re so humbled by it. We hope to find a good balance there the more we use it.

Carrying your own vulnerability like a weapon/ shield is something that always felt like a motto for Wy – and I think this record might be your most emotional and intimate so far – Come Here also really shows that. What gives you the strength to head for this way?

There’s never been any other way really. Both of us have pretty strong principles, and one of them is that we have a hard time creating something that doesn’t feel true to us. So that’s always kind of the starting point, to find that spot where it starts to feel real and important.

At first it felt a little weird and a little icky, being so personal. I like to imagine that the person who is listening to our music probably is pretty like-minded, someone who might understand, and then it doesn’t feel as weird anymore.

When the album arrives in a little less than four months things will hopefully look less dim than they do right now – what can the fans expect from it?

We’re hoping that we can play live of course, but we have talked about other ways of engaging with the listeners if that’s still not an option. We’ll probably do another livestream, we had a lot of fun the last time we did.

We have also been working on releasing tabs and playthroughs for some of the songs. We want to encourage people to dive deeper into the material if they want to. I think we never will be satisfied with ”just” releasing our audio files into the universe on their own, there has to be something more surrounding it, otherwise it doesn’t feel exciting to us. A big part of why we make music has to do with the community that surrounds it.

Wy‘s third album Marriage arrives on May 7 via Rama Lama Records. Check out the premiere of Come Here right now. 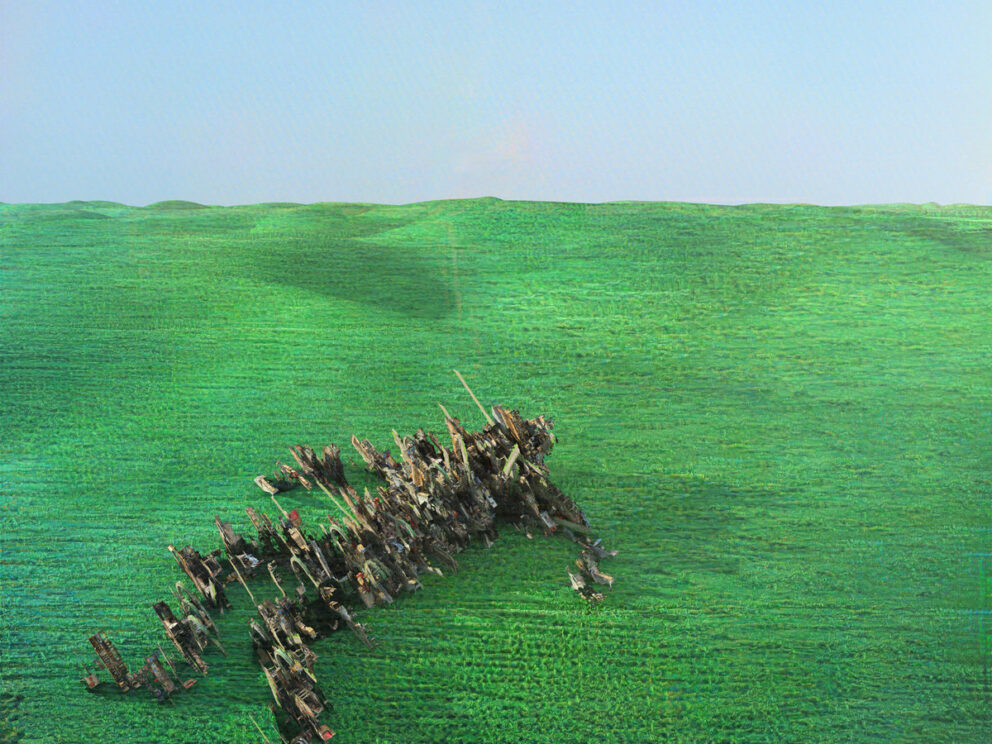 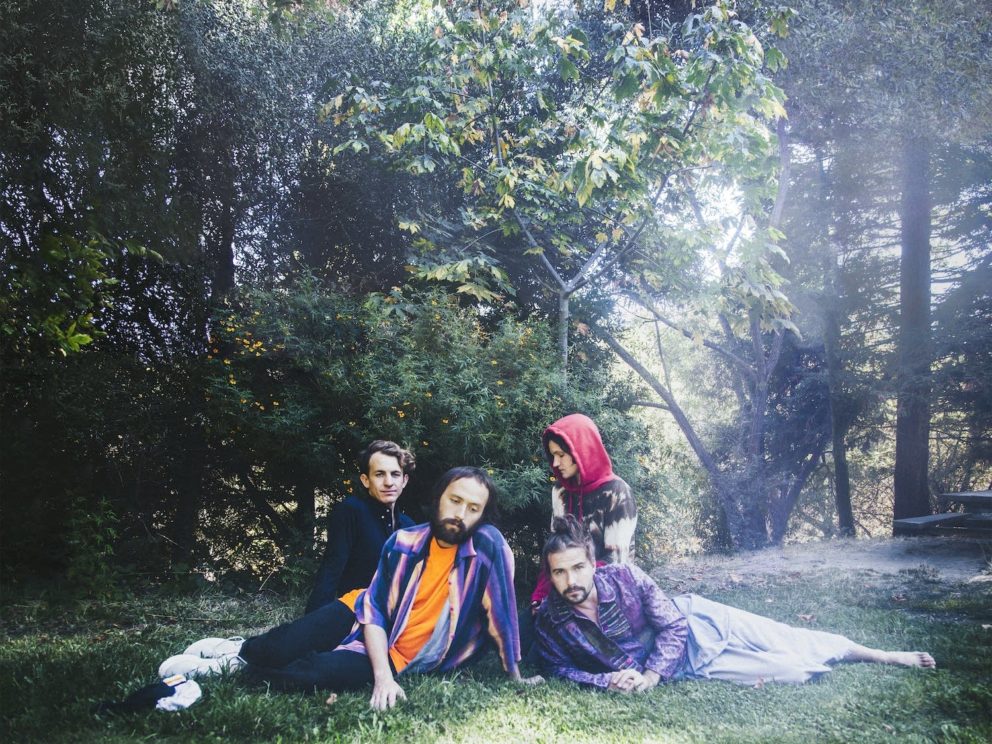