Not quite three hundred eagerly awaiting people are leaning back in their chairs, eyes to the ceiling of the large dome, not knowing what to expect, when utter darkness suddenly creeps in. The kind of darkness in which you cannot even see the silhouette of you hand anymore and your eyes turn into limb muscles without a purpose. The darkness was what touched me from the beginning. Just sitting there and breathing, listening and thinking surrounded by nothingness until even your last breath and thought got sucked into the darkness, already gave a taste of the evening ahead. I can’t tell you whether it was 10 minutes that passed or ten seconds while we were sitting in the dark letting our eyesight and thoughts run loose, when Tobias Preisig’s bow stroked the first string of the violin.

The first couple of bars trickled shyly through the dome of the Zeiss Planetarium as if wanting to explore what was to become their new home for the next 45 minutes. Then, with the Swiss musician’s elegant composition came together with the minimalistic yet, effective synth sounds and the veil of darkness was lifted revealing the true size of the dome shaped room. Plastered with an uncountable number of stars, constellations, and the milky way, the not quite three hundred, stared up into the sky. Here under the stars and inside the music, it felt just like floating.

What sounds so simple, actually took the musicians Jan Wagner and Tobias Preisig months of work together with the Spatial Media Lab team. 3D sound in this case, means more than positioning four speakers in each corner of your room. In the circular dome of the planetarium about 50 speakers transport the sound in 360 degrees giving it texture and dynamic. Jan Wagner and Timo from the Media Lab made it their mission to turn the freshly produced sophomore record Kapitel by the artist into a 3-dimensional experience. ‘Timo asked me to participate when I just finished the record and went into the mixing process. So, we broke it back down to mono and reset the entire sound for the planetarium.’

‘Trying to imagine what it might sound like and then actually hearing it through the speakers at the venue, are two completely different things.’ Jan tells me about the process when we met only a few hours before the concert at their cozy studio in Berlin. Tobias came into the mix a little later after just having released his solo debut Diver, touring kept him busy. The album was produced by Jan and strengthened their common musical understanding and vision.

‘We make music looking for the same kind of feeling’, they explain. Even though, Tobias mainly works with the violin and Jan on the piano and his beloved Juno synthesizer, they ponder in the same aesthetic. Both of them stick to minimalistic compositions and embrace the space and the power it can hold in between two notes. ‘It is about focusing on the things that matter and not getting tied up in too many elements.’ Jan and Tobias agree about their approach towards music making. And this minimalistic style of the two composers fit into the planetarium like nothing else. Accompanied by the stars, gently swaying and moving above, diving into the compositions of Tobias Preisig was easy. I am not sure whether the stars made it easier to fall into the music or whether the music bridged the distance to the stars. However, the sparse animation on the dome reflected the mood of the music and the audience perfectly. There is just something about staring up into the stars, isn’t it?

Tobias played in utter darkness invisible to the audience yet, a part of it. ‘The experience is very different from playing a standard concert, because the musician is inside the dome with the audience instead of standing on a stage in front of them. You can hear into the space around you and work with the resonance of your own sound. That was a very new experience for me.’ And work with it, he did. From the first shy beginnings of the set, the violinist burst into incredibly refined and intense pieces. Enhanced by the few electronic elements and compressed through the many speakers of the venue, it felt like the sound was rolling over you like a wave – at times lukewarm and gentle and at times stormy and raging.

‘It was actually easier playing in the planetarium. Because of the grandeur of the sound and the depth of the place, you can give less and still get back more. It is so broad it almost feels like a piece of infinity.’

‘Diving, floating, letting go those are the same kinds of feelings – the kind to simply fall into. The stars in the planetarium make it even easier to reach this sort of weightless state.’ Tobias was right, the stars do not lead the music or fall behind it, they allow to free the eyes and mind from earthly boundaries to meet the music on another level. When, after the first 45 minutes, Jan Wagner stepped on stage, I was surprised by how different the instruments were yet how similar the effect.

Working with just as stripped back and minimal melodies as his college, Jan weaves more electronic elements into his compositions. They come creeping in like on Nummer G, a slow burning fuse about to ignite the entire room. A tiny light illuminated the face of the artist as he sat over the keys brooding like a wizard over a spell. ‘Learning about 3D sound was like learning a new language,’ he told me beforehand. On stage, he seemed in complete mastery of the musical and technical language of the craft, playing the pieces from his forthcoming sophomore record Kapitel for the very first time live.

The Millisecond of Nothingness

Kapitel did not only take the artist, who is more prominently known for his production work, to new venues but also new collaborations. Berliner singer Rosa Anschütz contributed vocals for the very first time to Jan’s instrumental work. The slightly distorted voice cut into the warm piano chords like an awakening electronic shock. Coming out of the 50 speakers it resonated in the dome like some supernatural force. Diving further into experimental terrains, the animations that replaced the stars in the second half of Jan’s set shifted dynamically above our heads. Timed to the second to fit the music, they were less a show and more just another entity of the artwork as a whole.

Sitting in the comfy reclining seats, the planetarium separated us from the outside world for the duration of the concert. There was nothing else to do than to lean back, look at the stars or whatever else might dance across the ceiling next and take it all in. This was my first experience with 3D sound in such a venue and I am surprised by the lingering effect the experience left on me. Staring up at the sky and letting the music take over is something we should all do more often. Especially in the setting that Jan Wagner, Tobias Preisig and the Spatial Media Lab carefully designed, it was easy to let yourself slide into the music, into the compositions of the artists, and into ‘the millisecond of nothingness’.

Ahead of the release of the album on March 20, we are premiering the second single Kapitel 27 here on NOTHING BUT HOPE AND PASSION. The minimalistic track is, of course, best listened to in a giant dome-shaped planetarium but works in any peaceful setting. Leaning towards the more electronically orientated side of the spectrum, Jan Wagner carefully arranged the sounds to a dynamic collage. Don’t forget to catch him alone or together with Tobias on forthcoming live dates.

Rosa Anschütz and NBHAP author Liv were scheduled for a Late Night talk in Berlin but the recent spike in Covid cases forced us to change plans. So last week, they found ourselves in front of another Zoom call – Rosa at her home base in Vienna, and Liv in Berlin. The Berlin-born artist moved to Austria where she is studying Transmedia Design at the local university while pursuing her own musical aspirations. 'Votive' is the artist’s debut LP. 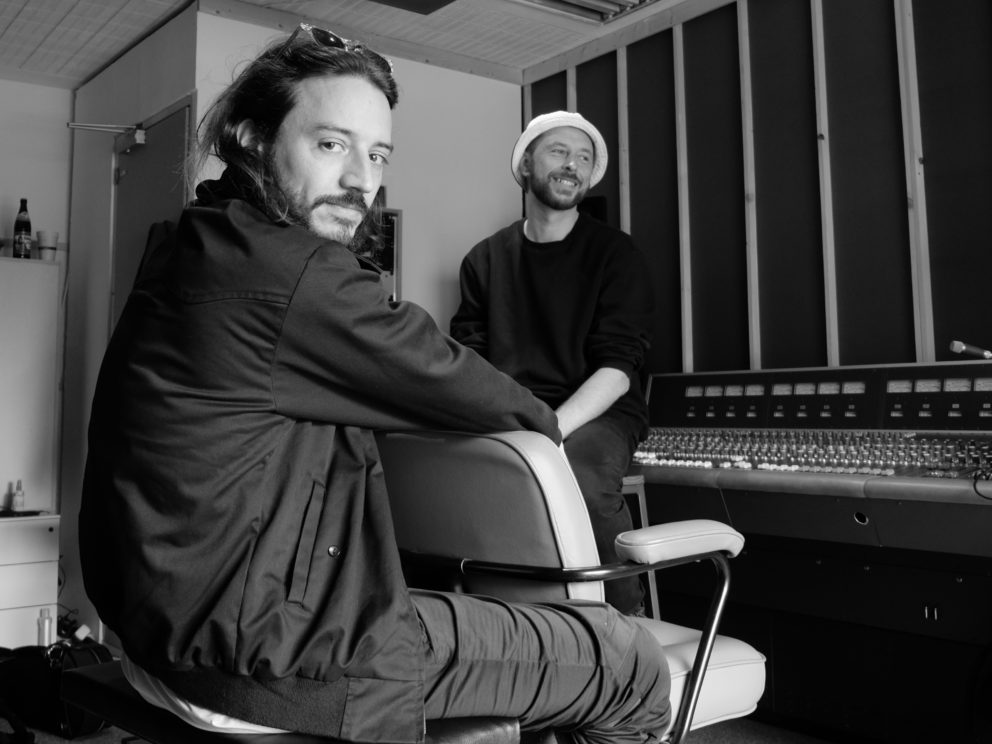 Today is the eleventh of September – a date engrained in most of the people’s memories. 9/11 lies almost twenty years in the past now, yet many remain scarred by the horrific incident that shook the very foundations of New York City. A city crumbling to pieces right in front of your eyes is a sight you won’t forget for the rest of your life. The musicians Tobias Preisig and Lukasz Polowczyk both witnessed the Twin Towers collapse – an experience that reflects into the music of the new project Aint About Me. 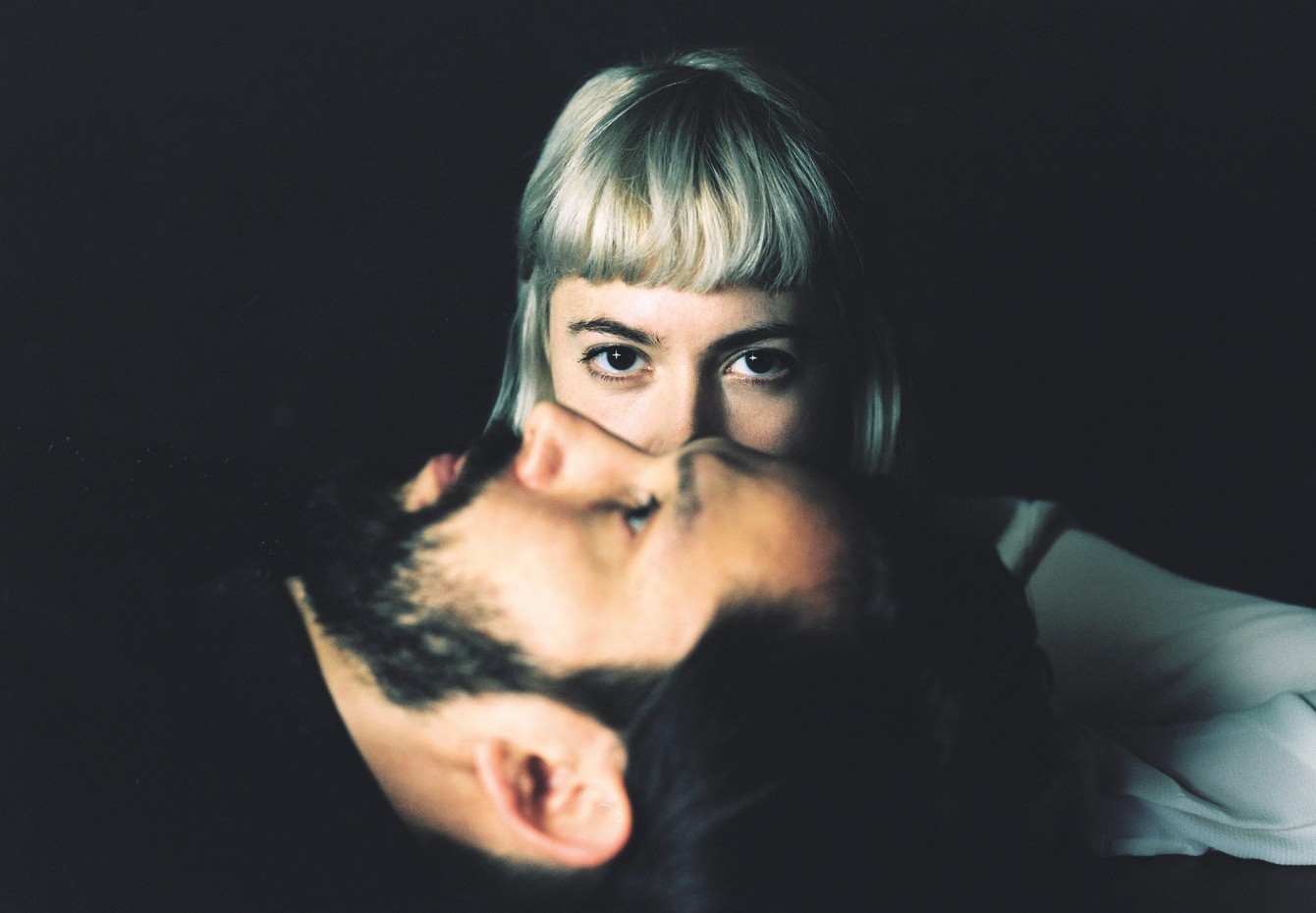