The Sound And The City: Spending a day with COMA in Cologne 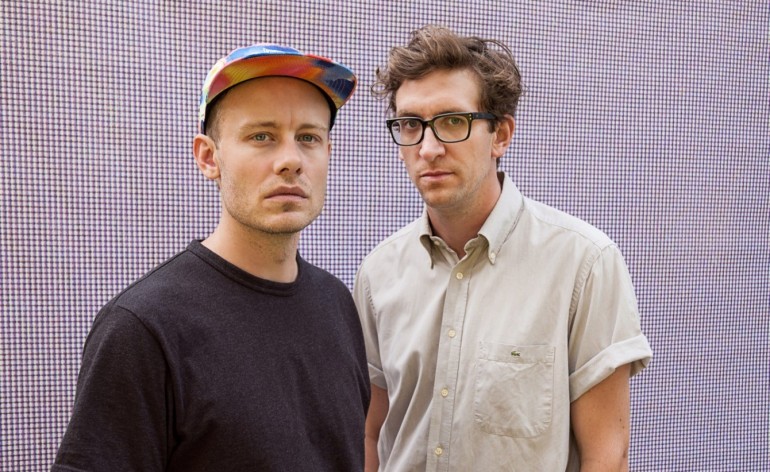 COMA, Kompakt, Cologne. Not only does this enumeration form a neat alliteration but it could also represent a rhetoric figure that conveys a sense of completion, namely the tricolon. NOTHING BUT HOPE AND PASSION editor Chris met the duo, following the release of last year’s This Side Of Paradise, to reflect on how these three terms are intertwined.

I meet Georg Conrad and Marius Bubat on an early Friday morning right in the heart of the city to have breakfast at café Schmitz. Before I enter the popular café, I do cross the Underdog Recordstore and an enormous Saturn that solely sells records, films, and books. The sky is cloudy and grey, it is raining and Georg, Marius and I arrive almost simultaneously to flee into the comfort and warmth of café Schmitz at Hansaring, Cologne. The moment we enter, I immediately notice a mixtape of classic indie songs playing in the background and all of a sudden Brandon Flowers starts singing ‘Jealousy, turning saints into the sea’. THE KILLERS‘ Mr Brightside was released when Georg and Marius had already moved to the big city. ‘Originally we do come from the Lower Rhine’, says Georg. 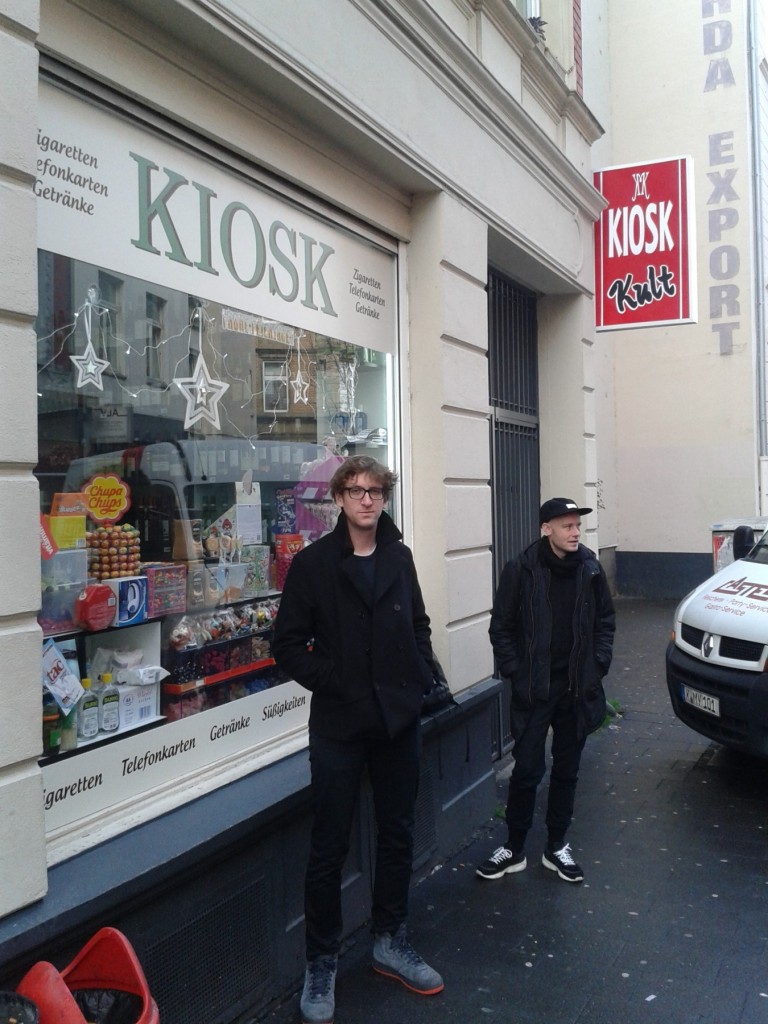 Hanging around at their beloved ‘Kiosk’

What did you like about Cologne when you moved here more than ten years ago?

Georg: One of the highlights is the electronic music scene we first got in touch with in 2005. It’s always been a huge influence on how we produce music.

You are signed to Kompakt, a record label for electronic music that is closely connected with Cologne.

Georg: Yeah, when we moved to Cologne we started going to Total Confusion [one of Cologne’s most iconic party series run by members of the Kompakt label and which came to an end in 2014 after more than 16 years] which was a party you really had to go to. This particular party impressed us a lot and it was also where we met Tobias Thomas [member of Kompakt, DJ, journalist for SPEX and organiser of c/o pop] who invited us to perform at the newcomer stage of the c/o pop festival in Cologne and that’s basically how everything started off.
Marius: Before we signed to Kompakt we released some music on a smaller label.
Georg: It’s called Firm Records [Cologne based record label run by Thomas Schaeben who also records for Kompakt].
Marius: They mostly do ‘freestyle’ releases. It was the right label for us in the beginning because we ourselves and also others didn’t really know where we would fit in musically. Then we improved our sound and as a consequence Kompakt took notice of us.

Kompakt is probably one of Europe’s most prestigious labels in terms of electronic music.

Marius: Yeah, Kompakt certainly has a good reputation in many European countries. But over here you might say that there is already some nostalgic feeling about what we consider the classic sound of Kompakt. However, that is not a bad thing at all but I guess it’s no mystery that they’re in search for a new identity to see where things are going.

‘It wasn’t easy for us to start off at Kompakt. We first had to find out where we would fit in. We had to find our own musical niche.’ (Georg)

Speaking of nostalgia, are there any new bands based in Cologne that you like?

I’ve seen WOMAN twice and I really like their sound.

Marius: Yeah, they’re super nice. VIMES recorded new material in our studio and will release their album in 2016. We’ll keep an eye on that. Furthermore, we  like ROOSEVELT whom we joined on his most recent tour. In fact, there are many good band around like XUL ZOLAR and URBAN HOMES which all happen to be somewhat more indie. But they also integrate elements of electronic music in their productions.

Have you ever thought of heading to a different city, Berlin for instance?

Marius: We have our own recording studio in Cologne and we produce everything we do here. It’s not that we are totally connected with the city but it just wouldn’t make any sense to move, say, to Berlin. The only argument for us to move to Berlin would be strategic. Of course we could go to the usual parties and meet certain people and maybe this would result in some success. But at the same time it won’t be a cool decision to go to Berlin only for strategic reasons. It’s more like we simply do and produce music and if this music is not good enough for people to listen to, well, then that’s just it. 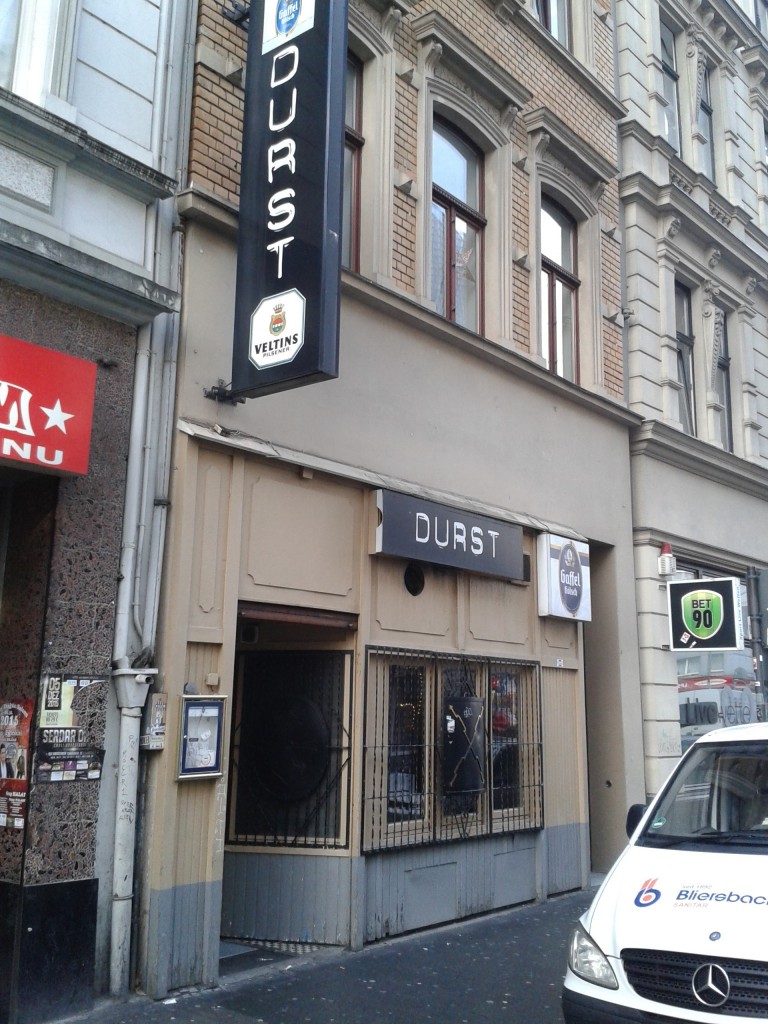 After a good hour of intensive talk we leave café Schmitz and try to organise a car in order to drive to COMA’s recording studio in Cologne Ehrenfeld. As we walk through the streets I ask them about their favourite locations. Do they have a favourite record store they regularly go to? Georg immediately mentions Underdog [Ritterstr. 52] for indie records and Marius says that flea markets and the Kompakt shop [Werderstr. 15-19] are good places to buy electronic music. How about their favourite place in the city? ‘I like to be at home‘, Marius explains, ‘and in the zoo [Riehler Str. 173]’. Georg reveals that the botanic garden [Am Botanischen Garten 1] is a nice place as well. ‘Especially in spring and summer’, Marius adds. As we turn into the Weidengasse we stop at their favourite kiosk to buy some drinks. ‘They’re nice people here’, Marius comments. Close to the kiosk lies a bar called Durst [Weidengasse 87] that Georg and Marius recommend visiting. ‘It’s a run-down bar for punks and it’s a fun place to go to’, says Marius.

Arriving at their very own recording studio, I notice that it is closely located to two of Colognes most popular clubs and concert halls, namely the Live Music Hall [Lichstr. 30] and the Underground [Vogelsanger Str. 300]. 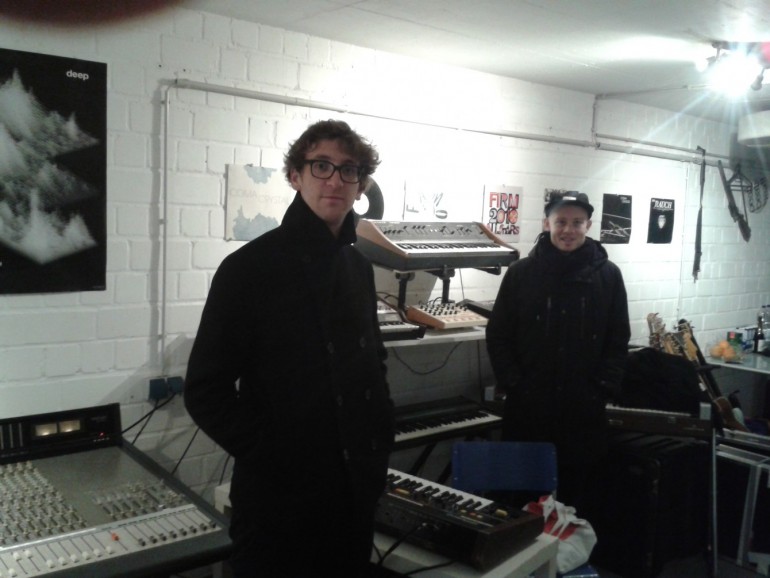 In their own studio

How come you have your own studio in Cologne Ehrenfeld?

Georg: Before we moved to Ehrenfeld we had a rehearsal room in Cologne Mülheim but this was more like a big complex for various bands and soon got on our nerves. We could hardly record over there because other bands were rehearsing at the same time. Later on, Heiko Voss [one of the heads of Firm Records and part of Schaeben & Voss] first offered us the opportunity to make use of his own recording studio and after a while to fully take it over as he didn’t need it anymore. This gave us the chance to do our very own thing. It’s so great here because we can be as noisy as we want almost all day and night (laughs). 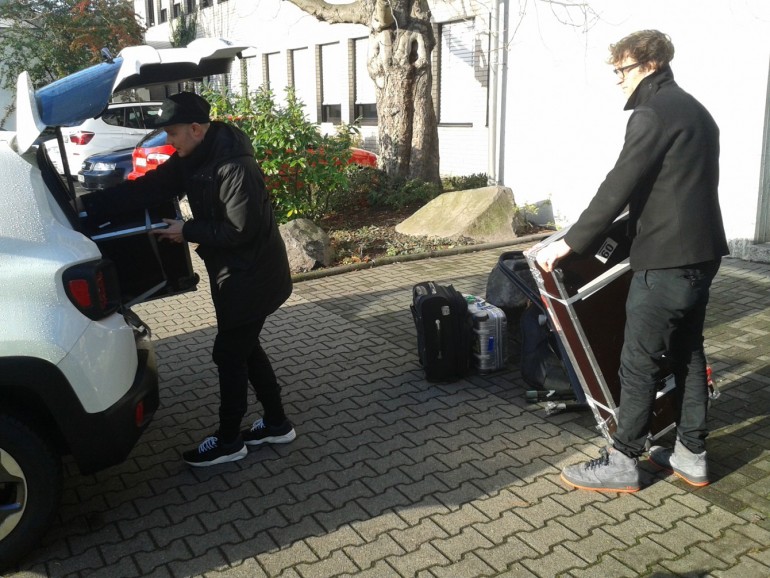 Bring on the gear…

COMA start carrying a lot of electronic equipment into their newly hired van. Their studio, located in the subbasement of a huge building that is part of an industrial area, is packed with instruments, merchandise, and copies of their vinyl releases hanging on a white wall. As they prepare for a gig in Luxembourg, it seems about time to talk about touring.

Although you clearly do electronic music there are also influences of pop and it all sounds quite organic.

Georg: Yeah, it’s something people tell us all the time. They hear that before we formed COMA we played in bands and did ‘band music’. We certainly have that background.

Do you plan to integrate this background as part of your live gigs?

Georg: It’s our wish to play with a drummer and in fact we are rehearsing with Marius Lauber [ROOSEVELT]. It’s our plan to play gigs as a three-piece-outfit in the near future.
Marius: We already did that with older material and our plans for the future go in the same direction. Additionally, we have a light and video show at our gigs. It will surely look very cool.

It is already midday when we part ways. I cross the Live Music Hall and the Underground before I reach Ehrenfeld station. COMA might very well be on their way to Luxembourg but they will return playing at Cologne Music Week on Saturday, January 23 at Stadtgarten [Venloer Str. 40], another popular club in the heart of Cologne. COMA, Kompakt, Cologne. Yes, this surely makes sense.