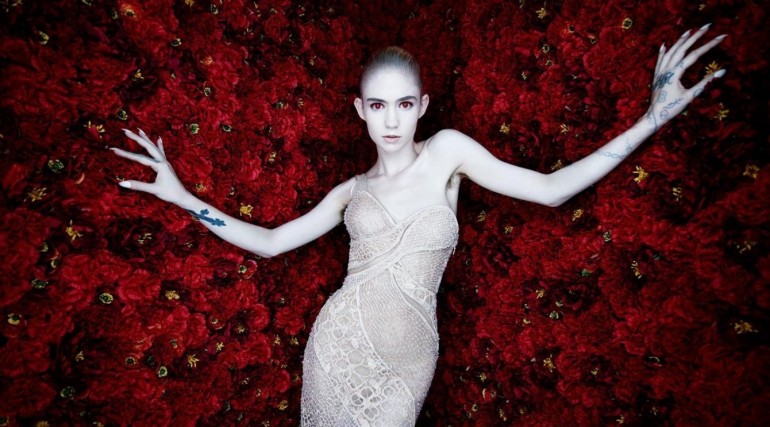 Following the official announcement of her new album Art Angels from earlier this week acclaimed Canadian performer Claire Boucher aka GRIMES has now shared first music from it. Flesh, Without Blood is the name of the lead single from the forthcoming follow-up to 2012’s Visions. The new GRIMES album now also got an official release date. It arrives digitally on November the 6th and in physical form on December 11.

The single itself easily marks the most accessible piece of music Boucher has released so far. Flesh, Without Blood now also comes with an excentric video together with Life in the Vivid Dream, another song off Art Angels. And there’s quite a lot going on in this epic double-clip. Witness it right here.