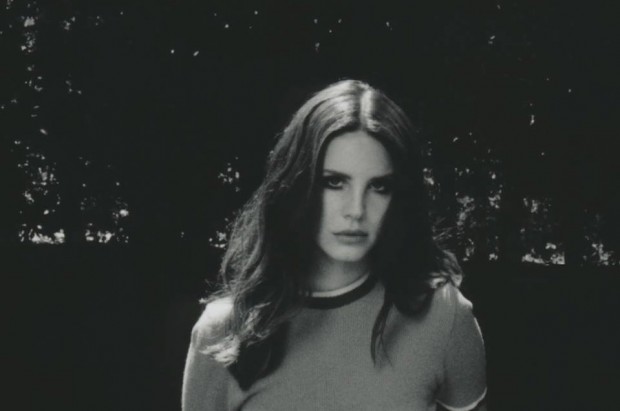 RICHARD X is on fire. After just delivering a pumping rework of SUSANNE SUNDFØR‘s latest single LANA DEL REY is the next in the line to get a remix treatment. Brooklyn Baby, a cut from last year’s Ultraviolence now comes with a shiny disco update which probably even puts a smile upon the face of Lizzy Grant, right.

It’s been two days since the Grammy’s and ‘KANYE WEST almost pulling another KANYE WEST‘ is still a quite buzzing topic since he almost interrupted BECK’s acceptance speech for ‘Album of the Year.’ While BECK actually doesn’t see a big problem in it, GARABGE singer Shirley Mansion got a different opinion. In an open letter via Facebook she states: ‘You make yourself look small and petty and spoilt.’ She’s got one advice for the rapper: ‘Grow up and stop throwing your toys around.’ Ouch.

INVENTIONS, the side-project of Mark T. Smith (EXPLOSIONS IN THE SKY) and Matthew Cooper (ELUVIUM) are pretty quick when it comes to album production. Maze Of Woods, out on March the 16th, follows less than a year after their self-titled debut album. Quite impressive. Here’s a latest teaser in form of Peregrine.

The ALABAMA SHAKES are back. A new album called Sound & Color will be released on April the 21st. The record was recorded at the Sound Emporium in Nashville with the help of producer Blake Mills. A first track called Don’t Wanna Fight is also up for stream. If you are in the mood for a bit shaking and fighting listen right here.

As if beloved RY X isn’t busy enough with his solo material and THE ACID. Now, his other project HOWLING, the collaboration between Ry Coming and electronic producer Frank Wiedemann will release their debut album. Sacred Ground is set for a release via MODESELEKTOR label Monkeytown Records this May and the guys from NOWNESS already have the first music video for the lead single Signs.

Athens-based producer SUNDAYMAN got a new single. Well, that news itself might not save your day but it’s quite catchy, believe us. And on top of it, it features former KEEP SHELLY IN ATHENS singer SARAH P. in the chorus which definitely raises the quality of the tune. Listen for yourself right here.

LYKKE LI and Romy Madley-Croft from THE XX on one track? Yes, continue breathing, everybody. This really happened. Producer EMILE HAYNIE managed to gather all the people he previously worked with around him on his new LP We Fall (out February 24). Come Find Me features the two distinctive ladies and is up for stream right here.

Anyone remember German synthpop band IMAGINARY WAR? Well, you actually should since the four gentlemen are finally preparing the first new material since 2012’s longplayer Replacing The Ghosts. The Way We Feel arrives on March the 6th and judging from the teaser below we can expect a pumping synthpop stomper.

The older ones of you might remember. FAITH NO MORE, yes the old cross-over heroes from the early 90s return with a new album, their first one in 18(!) years. Just to get the right perspective. Their last album was released in 1997, before the internet, ladies and gentlemen. Sol Invictus arrives on March the 31st, you can listen to a first track, simply called Motherfucker, right here.

The loveliest cover of the day comes from British songwriter JAMIE T who did his own interpretation of the 2003 BLUR classic Out Of Time at the Dermot O’Leary on BBC Radio 2. It’s just a wonderful reminder of how wonderful this song is and how timeless the lyrics are. Please take your time to enjoy this beauty right here.