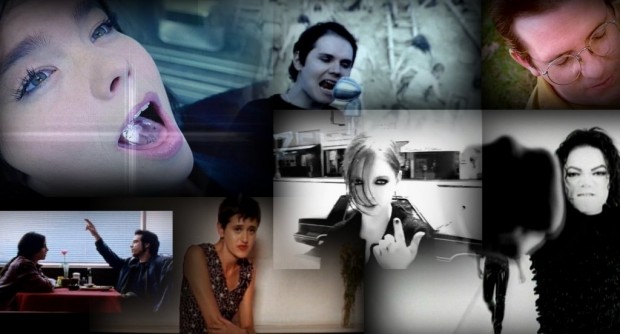 The older ones of you might remember the 1990s, right? You know, this glorious and colourful decade of pop culture somewhere between the end of the Cold War and 9/11. Everything seemed possible, not just because most of us where kids back then. The 90s also marked the peak for the music industry, shortly before the commercial breakthrough of the internet which basically changed everything forever. Records were sold all over the world, artists and especially record companies got richer and richer and MTV was the centre of the pop cultural universe. Music Television had its glorious days, long before YouTube and Co. showed up. Some say it was a more peaceful time but we leave that definition up to everybody’s own opinion.

But there’s one thing you can’t really deny. Since there was so many budget available and music television was truly an opinion leader the music videos itself became an accepted form of art. Gifted directors and brave concepts were affordable and also desired by artists and labels. There was an unofficial competition to beet the other contenders on the market which ultimately resulted in some of the finest music videos ever made. Let’s take few minutes time today to travel back to the glory days of 1995 music video art as we present eleven highlights of the year.

A gorilla as a dentist, searching for diamonds in the mouth of BJÖRK? Only an acclaimed director like Michel Gondry could get away with that idea. It was the time when the Icelandic artist really entered the mainstream. Probably comparable with the power of a tank which explains her vehicle in the video. The madness was real. Gondry is an acclaimed movie maker today while the musician just released a surprising new longplayer.

The concept of that slow-grooving R.E.M. piece is way simpler than most of the other clips in this list. But it’s the special magic of Michael Stipe’s singing that teams up with the gentle instrumentation and warm images of a bunch of teenagers, that works perfectly together. It’s that special feeling of 90s music videos that is sensible throughout the whole clip

Director Samuel Bayer chose dark tones for the band’s powerful anthem, inspired by the work of Brazilian photographer Sebastião Salgado who documented the hard labour of diamond mining. Rough, dirty and hopeless or maybe not? A great example of a lovely audiovisual treatment and the final video prior to Billy Corgan’s decision to shave his head.

If you need one example why the 1990s where the high times of the gold-digging music industry it is this music video. Seven Million dollars are an absurd amount of money for a barely five-minute-long video clip but the money was there and it was well spent, that much is for sure. The delusions of grandeur by the two Jackson siblings are visualized in an impressive way. One thing that remains fascinating is how timeless the clip still looks, twenty years later. You could shoot the same thing today as well and it would still look fresh but might cost a bit less.

There’s also a performance video for this track but the original Paul Cunningham-directed clip is way more interesting as it builds up a whole crime setting in a little diner. And it also documents how ordinary Thom Yorke and the other guys looked and sounded twenty years ago. It truly feels like a different time.

Okay, the elder statesman of British piano pop already hat its best days a while back, even in 1995. Still, back then, he just won an Oscar for The Lion King and was about to deliver the most successful single of all times two years later (Candle In The Wind). Believe might not be his most memorable tune but the atmospheric black-and-white music video is a perfect example of how you did a big video in the mid 90s. As long as it was stylish, black and white and plenty of beautiful people that looked like models were involved, everything seemed just fine.

Stéphane Sednaoui was another big player of the 1990s music video world. Ambitious, a bit shocking and full of ideas. Like this one… Shirley Manson and her band mates enjoy torturing an innocent man who – somehow – also enjoys the whole process. According to the director the Queer clip was also heavily inspired by his personal experience of being ‘shredded into pieces’ by a former lover.

That tune was not just the feel-good-hit of the summer and another testament of the Britpop high times in the mid 90s, it was also the birth of Gaz Coombes’ SUPERGRASS who never became as big as OASIS, BLUR and Co. but still proved to be an essential part of that whole movement. And even the clip became a 1995 music video hit as it is entertaining as hell.

The mid 90s also saw the peak of the highly successful US rap movement with Tupac Shakur and his buddy Dr. Dre being the real big players of it all. And director Hype Williams was always the number one choice to put all these players in the right camera angle. California Love was an epic and ridiculously expansive tribute to Mad Max: Beyond Thunderdome. A post-apocalyptic mad house with 2PAC right in the middle of it. Thank god, it became a global hit in the end.

EVERYTHING BUT THE GIRL – ‘Missing’

As if the theme of this gentle house pop tune wouldn’t work on its own due to the tender lyrics and gender melancholia. But on top of it, just look into the eyes of Tracey Thorn and the sense of longing they spread inside a loveless and cold urban microcosm. It’s a simple message and a great pop song, probably one of the most underrated ones of the past two decades.

We end this little list with something sentimental and one of the year’s biggest one-hit wonders. Yes, nerds, we know that the track was originally released back in 1993 but it took two years to became an irresistible radio hit all over Europe and one of the reasons why it worked so well might have been its video. Director Mark Pellington went to the old high school of THE CONNELLS in Raleigh, North Carolina where he filmed the ‘Class of 1975’ almost twenty years later. A bittersweet reminder of the transience of life and all the things that come with it.