One key to understand why a band like Mogwai, after existing for a quarter century, has still not lost any of its relevance in the independent music scene, is to understand how this band works and why they keep doing what they are doing. Mogwai started out as an underground act from Scotland at a time when Britpop bands were the big thing. Instrumental music was, for the most part, reserved for the electronic music scene. Only a few guitar bands like Godspeed You! Black Emperor, Tortoise or, after a small detour with vocals in their finding phase, also Mogwai‘s approach to music took shape and would later establish itself under the label of post-rock. The genre that largely defines itself through the absence of vocals and the overcoming of pop-musical song structures.

Unimpressed by any crises that the music press diagnosed for post-rock in the last decade, the Scottish four-piece continuously released music. Until today they count more than 20 releases, if you include all the EPs, Live-Albums, compilations, and film scores. As The Love Continuous is the 10th record of the band and one that could be so much more: The great 25th-anniversary record. A monument of survival. A piece of continuity in uncertain times. But you are way off if you expected an anniversary box set. The band made no extra fuss about the release and handled it just as the nine before. At least as far the pandemic allowed.

Social Distance as the Status Quo

Over the time, Mogwai have developed a set of skills and strategies of how to successfully work on, and put out music. The magic formula behind As The Love Continuous is as simple as it is surprising: “We don’t really write together, we write separately. It’s three people in the band that write songs and we don’t collaborate at all until we get to the studio.” Autonomous in the making, collaborative in the completing. This approach to song-writing has not only proved to be the best for the musicians themselves, but also for the final musical product. Their previous album Every Country’s Sun from 2017 has been their best-selling one so far and with its follow-up they just scored their first ever Number One album in the UK, partly a resssult of a dedicated and passionate social media campaign among fans and friends. That honour was overdue, the rest remained in familiar territory. The making process of As The Love Continuous was therefor quite normal, despite the global pandemic.

“We don’t usually have many discussions about how to make a record. We just write songs.”

In January 2020, guitarist Stuart Braithwaite, bass player Dominic Aitchison, and multi-instrumentalist Barry Burns started working on the new material – separately. Stuart and Dominic in Scotland, Barry in his studio in Berlin where he spend most of the time during the pandemic using it to play around with two new gimmicks that would later find their way onto the record and broaden the sound of Mogwai. 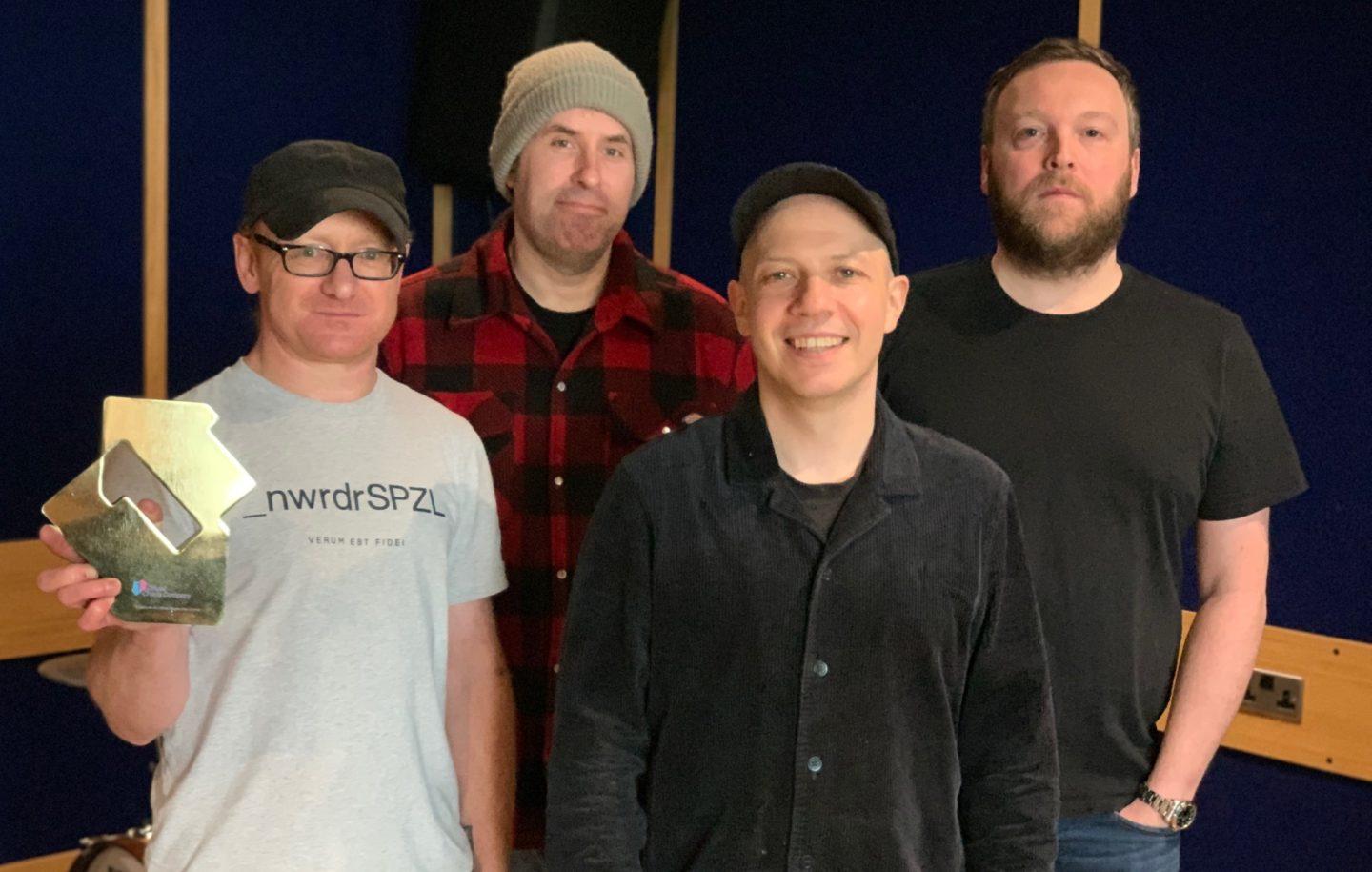 The first one is a clone of a CS80, the legendary analogue synthesizer, which was also used for the soundtrack of the original Blade Runner movie from 1982. It ended up on the main melody of Dry Fantasy, the centre piece of the new record. The other one is a guitar with a whammy bar used on Drive The Nail, one of the songs entirely written by Barry. It’s things, like new instruments or recording techniques for the demos that keep influencing and developing the sound of Mogwai over the course of time without resulting in giant leaps in their soundscape. And despite the separation and isolation during the song-writing process, a Mogwai record somehow always sounds the way you expect it to sound.

“We were supposed to record the album in April. And to be honest, it would not been ready”, Barry says in retrospect. “I don’t want to say it was lucky, because it’s such a bad situation, but it was kind of fortunate that we had more time to write. Otherwise I think we would not have had the same result as we got. And we are quite happy with that.” At least one band that, in a way, could draw something positive from this devastating situation.

When the record session could finally take place, the band drew south from Scotland to Worcestershire, a small place close to Birmingham in the West Midlands of England and fell back into their recording routine. “It was just like a regular recording session, except when we went to buy groceries, we had to put the mask on. A lot of people and also we noticed that the album sounds quite positive. Maybe that’s our reaction to how bad things seem to be. Because usually our albums are not excitedly happy.” Within a couple of days in a highly professional and constructive working environment the ideas that the three songwriters brought into the session were refined, polished, and finalized.

“Sometimes you just have a small idea. And if you sense it might be something good, we work together on it in the studio. Not for very long, maybe for a week or two. Usually the person who writes the song has a rough baseline or an idea about the drums. Sometimes it’s even completely finished and it just takes the other band members to sort of play how they play it”, Barry explains. While in the past vocals were only added when a song did not feel finished, like Ritchie Sacramento, the only one including vocals on the new record got built up from lyrics on, “like a proper song”, as Barry calls it. “I saw a review that said we could probably do a whole album of that. But I think that’s too stressful for Steward. I don’t think he enjoys it”, he adds with a sarcastic grin.

For the Sake of Music

What they do enjoy is giving their pieces random titles creating a search for meaning and connection for those fans and journalists who still did not realize that there is no deeper meaning to them at all. Usually the band picks a random phrase that occurred during a conversation on tour, the recording session, or any other random moment, and uses it to label their artistic expression. As The Love Continuous was something that the seven year old daughter of drummer Martin said and somehow felt like an appropriate album title. Therefore the band abandoned original plan to name the record Dry Fantasy.

What seems to be a purely professional und emotionally restrained working environment is in fact one that leaves enough space for individuality and development while at the same time making sure that there is a product in the end, that everyone is satisfied with. Big egos are no use in this process.

“I think it might surprise a lot of people. But we never argue.”

Even if it that means keeping objections to yourself. Barry answers the question how to handle ideas that one personally dislikes with a mouth-zipping gesture, followed by laugh. Not a laugh of regret, but one that makes you believe that it really does not bother him or the others in the band to switch seats from being the creative head of one song and a service provider on another. After all, relationships only work with compromises. Only that, in this case, it does not seem to be a compromise but an adaption one is willing to accept for the sake of music and for the sake of Mogwai.

The financial need to bring out a new record might be an extra motivation to make this band work, since Mogwai is a profession and not a hobby. But in order to make it work over the course of 25 years, the musicians needed to have common ground.“We are friends”, Barry says. “Being friends is quite essential for that and being able to make each other laugh. That seems to be the main thing. And at least equal to the need to make music as a profession. And that makes you want to go to work and that’s what makes you want to make music.” Cheesy but honest, and most importantly – reasonable and in so many ways admirable.

Robin Ince, radio journalist, comedian, and blogger wrote in a recent blog post about the band: “Mogwai are a band of no significant meaning. Don’t take that the wrong way. They are a significant band, but a band without an agenda beyond the music itself.” And this might just perfectly sum up the essence of this band. Mogwai are one of modern music’s finest treasures, espcecially because they simply continue doing what they are best at.

As the Love Continues is out now via Rock Action Records.