Okay, I’m being honest right here: When the 40th anniversary of Joy Division‘s debut album approached over the past days I really struggled with the idea of writing a piece about it. Mainly because everybody appears to have already written everything about this band, this record and their quick rise and even quicker fall. And don’t even get me started on the iconic album artwork that apparently now also made its way into H&M shops by now and is officially on its way to become the new ‘This Ramones shirt everybody’s wearing without knowing the band.’ So, what to write about a record that shouldn’t be news to anyone? Well, maybe recommending it to those of you who haven’t listen to it yet. So, if you ever thought about getting into post-punk and heard about these Joy Division folks before but never tried them out, please bear with me – because today might hold the perfect miserable moment to get you started.

First of it, if you only happen to know Joy Division through Love Will Tear Us Apart and that horrible Wombats tune please think again. Unknown Pleasures sounds nothing like that. It’s not a joyful experience, it’s gritty, dark, desolate and partly ugly. It’s a testament of the time and place of its creation. Manchester (and especially Macclesfield where the band came from) in the late 70s wasn’t a cool and hip place. It was a grey industrial city with barely any perspectives for young people that were hoping for something more. The hip punk scenery of London couldn’t have been further away from the reality of these four lads from the North Of England. Ian Curtis (vocals), Peter Hook (bass), Bernard Sumner (guitar), Stephen Morris (drums) weren’t glamorous at all, they were down to earth, daydreaming of a way to escape. I had the known pleasure to run into Sumner and Morris a few years back and guess what – they are still pretty normal guys which I really admire.

“I’ve got the spirit, but lose the feeling.” [from ‘Disorder] 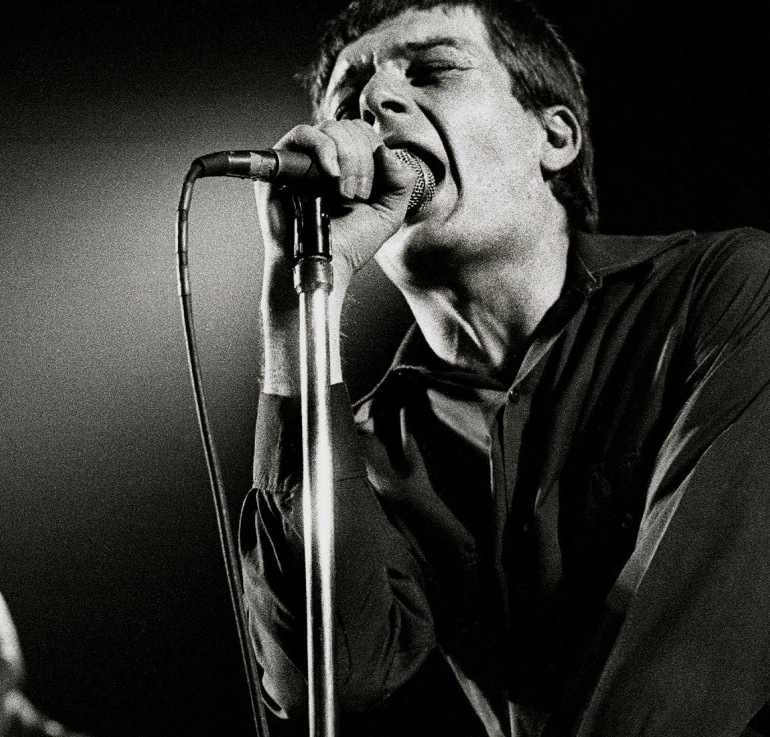 In many ways Unknown Pleasures is the tale of provincial uprising and existential frustration and this is – if anything – a timeless theme. Fuelled by punk’s recklessness and frustration but mixed with a reflective melancholia that really gave the whole ‘No Future’ vibe of the punk movement a bleak turn. The Sex Pistols might have hoped for ‘Anarchy In The UK’ but those hopes vanished quickly and when Margaret Thatcher became prime minister in 1979, unleashed neo-liberal madness and and ultimately turned Great Britain into the place it is today (I mean, to a certain degree, this really was the moment it all went downhill for capitalism) there was not much left to hope for. It’s impossible to experience Unknown Pleasures without this historical context and if you want to you are happily invited to draw comparisons to the even bleaker world we’re living in today.

That’s one aspect, the other one is Ian Curtis and his personal struggle. Yes, the mechanical drum playing of Morris moves the whole record forward, Hook’s dirty bass is its backbone and Sumner’s gritty guitar play give it the right amount of energy but it are Curtis’ words that put everything into context. A young man at the age of 20, failing to find his place in this world. I really recommend Anton Corbijn’s 2007 movie Control to get a better picture of his eternal battle. The expectations of society clashed with his own artistic ambitions, his environment forced him into a role he was never ready for and his mental instability wasn’t helping at all. There was so much tragic surrounding him throughout his short artistic life. I sometimes wonder what would have happened to a person like Ian Curtis if he was born today? We only started talking about mental health issues and the struggle of young men but the cases of Frightened Rabbit’s Scott Hutchison or Chester Bennington show that we still got a long road ahead of us. And in 1979 it was simply impossible. It might sound cynical in the end but ‘Wrong time, wrong place’ sums up the tragedy of Ian Curtis pretty well. He was a funny and quite ironic bloke as well according to his bandmates. He would have liked that.

“Get weak all the time, may just pass the time,
Me in my own world, yeah you there beside”

[ from ‘I Remember Nothing’] 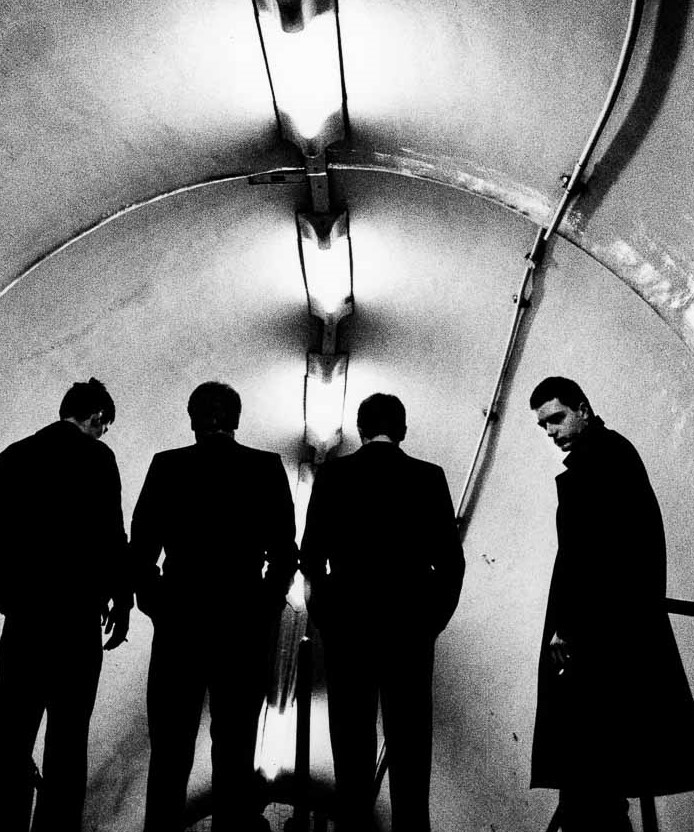 Iconic Mancunian producer Martin Hannett really understood how to bring out the coldness of the North and turned it into something truly unique. From the driving start of Disorder, to the atmospheric fade-in of Insight, from the angry guitar that breaks the tenderness of New Dawn Fades to the mechanical rhythm of She’s Lost Control – it’s music that feels like a foggy night in the concrete jungle, working overtime in the factory and way too many cigarettes in front of sticky pubs. Its glam rock without the glamour factor and Unknown Pleasures is one of the best records to transport that original notion of post-punk. Joy Division might not have been the first band of this new subgenre and while groups like Siouxsie and the Banshees and Wire might be more pioneering the unique production and aesthetic of Unknown Pleasures stood out and still does. Especially how Hannett managed to transport this sparse vibe onto the album still fascinates me. I think I read somewhere that the members originally didn’t like his take on their sound because it barely transported the band’s raw live energy back then. But by ignoring this and letting Hannett get away with it they created something truly timeless and outstanding, something that hasn’t lost its emotional value over the past forty years.

So, if you made it this far I really hope you’ll give it a spin and fall in love with this record. It’s a testament of disruption, despair and the attempt to find a channel for all the nonsense and if you give it a go it can result in truly a cathartic experience. It turned me into a believer and dedicated believer of post-punk years ago and every new spin I gave it is a reminder of that. Four decades after its release and the tragic death of Ian Curtis that occurred in May 1980 its sinister magic shines as bright as before, reaching from the past directly into the hear and now.