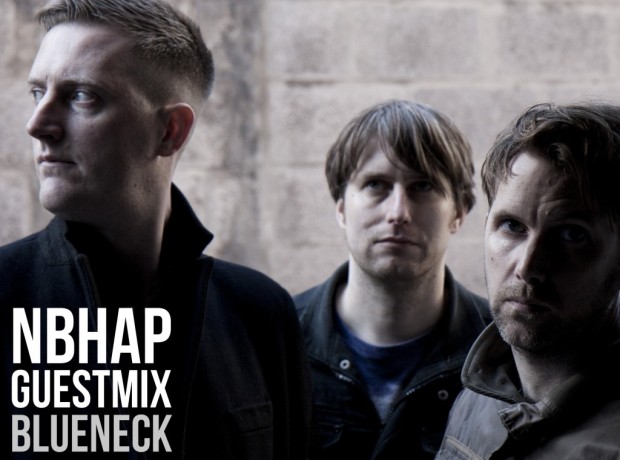 Having constants in the ever-changing world of the music industry is a quite important thing. It’s nice to still have bands around that regularly deliver solid work without becoming boring over the years. Bristol-based progressive-rock outfit BLUENECK is such a constant. Ever since they showed up in the spotlight back in 2000 they never failed to touch our hearts with their enigmatic and highly emotional mixture of almost cinematic post-rock and tender songwriting. Just one reason why NOTHING BUT HOPE AND PASSION is really looking forward to their new longplayer King Nine which arrives on November the 7th via Denovali Records.

One month prior to the release of that record marks the perfect timing to look a bit closer into the musical world of the British gentlemen. And what a great pleasure it is to have BLUENECK compiling their very own NBHAP Guestmix in the wake of the release of King Nine. It’s a retrospective insight into the music that shaped the band’s sound over the course of the years. Here’s what the guys have to say about their selection:

‘The mix contains tracks or artists that have inspired and influenced BLUENECK over the years. Some tracks played a huge part in our early lives as children and others have been more important in the latter years. What they all have in common though, is that they have all played a huge part in making BLUENECK what it is today.

Each track has been linked together with sounds from Audionaut, which is BLUENECK’s long time producer Mat Sampson’s ambient project. You can hear how important Mat’s production techniques are to BLUENECK in these short audio insights.’

Expect an enigmatic and sonorous journey into sound. It might be best to put on your headphones and listen carefully to each and every sound in here. We wish you a maximum of enjoyment.