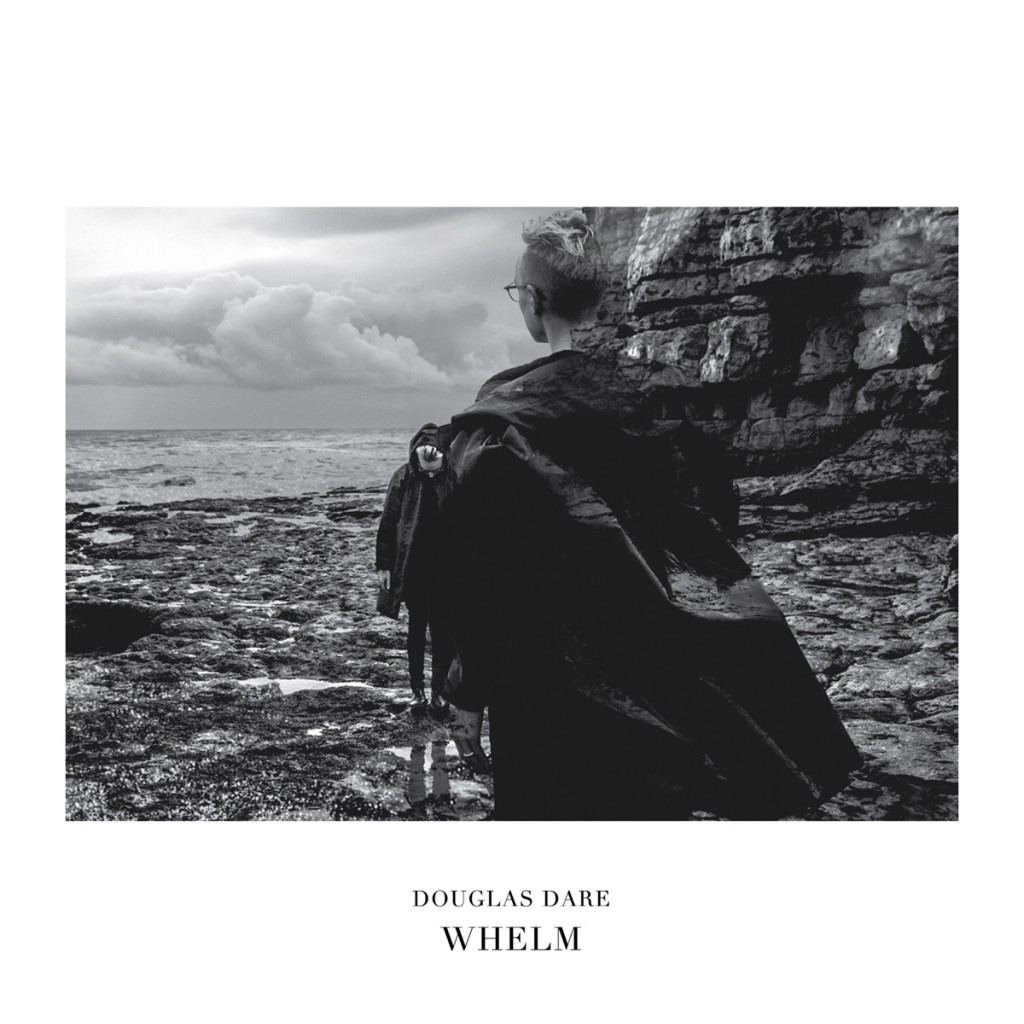 ‘An album has to be a body of work that belongs together’ – that’s what young British songwriter DOUGLAS DARE told us not even a year ago in an interview. Now as it comes to observe this body of work called Whelm, we can easily confirm: DARE did manage to live up to his own expectations. Besides, Whelm is as much of a concept-album as it is a collection of singular and distinctive songs. On his first full-length attempt, the London based singer furthermore developed himself as a songwriter into impressive regions. Accompanied by percussionist and producer Fabian Prynn, his debut’s ten songs take the spirit of the previous Seven Hours-EP and wrap it up in a much bigger, constrained, yet free-floating vibe.

Starting from DARE‘s classically trained piano-melodies, it is his voice that remains to be the true center of the songs. Whereas the former is more like an ever present aura, the latter is the expressive element. While this works quite fine as a stripped-down version as well, Whelm‘s strength is to morph such basic (but in no way simple) structures into a gloomy, romanticised maelstrom. Nile is one of the first outstanding examples. Space-organs, mixed with off-beat electronica, a break like a short hesitation around the magic three minute mark and among all that DARE‘s voice and hands, slowly spelling out: ‘I’d sail down the river Nile, just to keep you alive and well’. Elsewhere, existent pop-structures are opened up, earthing songs in a more introspective RADIOHEAD-way. One of the many pop-references you can draw. Others might be ANTONY HEGARTY or even JAMES BLAKE. But that’s not the point, really.

Aspiration might be more essential on Whelm. The album comes with an inlay containing nine poems of DARE himself; an outline for the more abstract concept of its musical content. His lyrics are circling around restlessness of human behaviour and interaction which is for DARE as much of a fact as a metaphor for the unsteadiness of sea. ‘This equal measure of joy and uncertainty I found in both people and water brought me to Whelm’, says this young man, sounding more like surprised of what came out of the intuitive writing of prose and poems he does. From historical references (London’s Rose), proto-technical allegory (Clockwork) or sheer prosaic empathy for other people’s lives: it is nothing but impressive how DARE is able to translate his poetry into multidimensional, accentuated compositions.

To use the same metaphor: You can swim on these songs without giving it a lot of attention, get carried away. But you might as well be drowned by them, if you realise how close to the edge of suicidal the act of swimming on an element we can’t live in actually is. Like Novalis (roughly) said: ‘Most people don’t want to swim, not until they can.’ Overwhelming thoughts, triggered by this seemingly understated record.

As it is his first record, Douglas Dare’s WHELM is naturally beyond any expectations – but in fact it is a thing of multidimensional, free-floating beauty.