‘Good Marketing For The Country’ – Spot On: Finnish Music 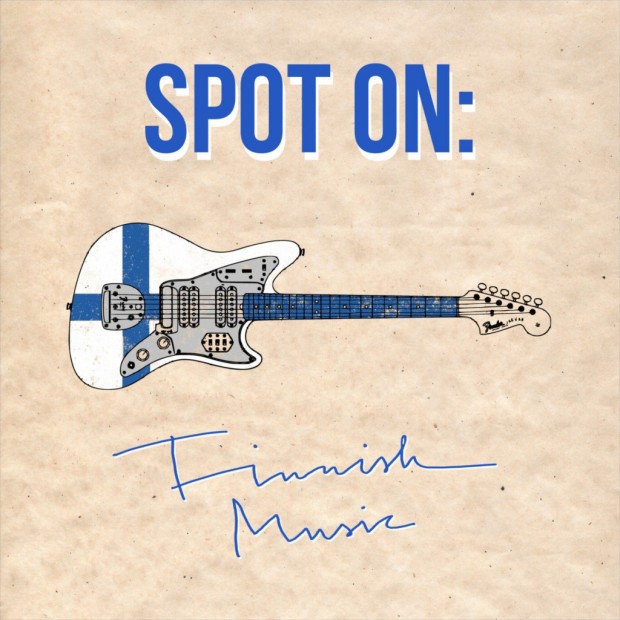 Quite often having a slightly outdated travel guide with you during a trip doesn’t cause much of a problem. Basic facts on culture, food, history and certain sightseeing spots don’t change that frequently to raise confusion. I remember my last trip to Helsinki when my partner pulls a travel guide out of her pocket, one that might have been eight to ten years old. As always, being interested in music, I asked about what the guide says about Finnish music, especially in terms of contemporary one. Let’s just say, the information was quite light, focussing mainly on early 00s successes HIM, NIGHTWISH or the cello metal collective APOCALYPTICA. Well, and of course you can’t forget the legendary LENINGRAD COWBOYS or the rich jazz culture of the Nordic country.

Still, most of these groups are surrounded by an aura of the past and limitation in terms of genre. But indeed some things have changed in the course of the past ten years. When looking at Finland and its music scene at the moment you’ll discover plenty of up and coming acts, aside of the mainstream, that come with new confidence and self-conception when it comes to share their music with the rest of the world. Just take NOTHING BUT HOPE AND PASSION‘s latest free download sampler Nothing But… Nordic Music which, for example, featured the flowing raps of NOAH KIN as well as the high gloss retro pop of COSKA. And they might be just the tip of the iceberg.

Not many artists could take the brave leap into the world without being backed by their country and industry. That’s the part where ‘Music Finland‘ comes into play. The country’s very own export office works on full power after merging from Music Export Finland and the Finnish Music Information Center (Fimic) back in 2012. Build on a solid financial foundation and backed by experienced people. ‘Merging was a positive step for us,’ tells us Riku Salomaa from Music Finland, ‘as both organizations had so much in common.’ NOTHING BUT HOPE AND PASSION met Salomaa in-between panels at last week’s ‘Music & Media’ conference in Tampere, the annual main event of the local music scene. If you want to know more about the people that run the Finnish music industry this is the place to be. Well, at least if you don’t mind the Nordic coldness which just happened to break out when I was visiting the event.

What’s your specific job at Music Finland?
I basically run all our operations in German-speaking Europe and the UK when it comes to rock, pop, electronic and hip hop. Well, everything aside of classic music or jazz. A big part of the work is mainly business development. We help Finnish agencies, managements and others to enter new markets. You know, so they can find potential business partners outside of Finland. We also organize the financial support coming form the government.

One of the things that recently got a certain international attention is the fact that Finland will be the focus of next year’s REEPERBAHN FESTIVAL in Hamburg. How did this happen?
It seems like the whole brand of the REEPERBAHN FESTIVAL has developed in the past years. It’s one of the best professional events in Europe, I think. Both parties wanted to strengthen their collaboration of the past years. We came up with the idea and they liked it. The diversity of the Finnish music and the demand in the German audience were other arguments. It’s just a really good timing.

Besides that you guys are not only working by yourself but are also in exchange with the other Nordic countries in the form of NOMEX…
This one is really important. The five Nordic countries are, in terms of living, culture and even business life, quite similar. And even when we count it all together it’s still a quite small territory with hardly 25 Million people living there. So, join forces seemed natural.

But I also heard that most of the artists from the Scandinavian like to stay on their own. It’s not like the Swedish bands are in constant talks with their Icelandic colleagues…
Yes, you’re right. Although sharing similar spirits the industries have been kind of separate over the past years. One of the goals from NOMEX is to create that pan-Nordic movement to strengthen the whole market in the end. I’m kind of happy that this collaboration is quite concrete by now. 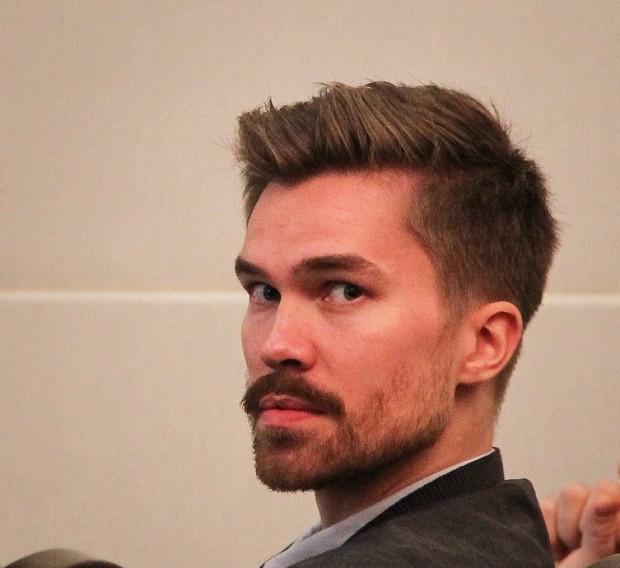 Salomaa spreads a feeling of confidence, based on the fact that he and his colleagues are actually doing a fine job these days. Finnish music might not have created really big commercial players at the moment like Denmark and especially Sweden have but there is a lot of them on the rise. When you take a closer look on the statistics you recognize that the funds allocated to arts and culture have been constantly increasing over the past three years, allowing the industry to back their export endeavours with a fair amount of financial security. Still, money does not remain the main factor to the work of Music Finland, although you can’t deny its importance. ‘Whenever you launch a new act in a new country, you need certain investments,’ says Salomaa. ‘You normally use some money with the first tour. The business model is to find the right people to work with’ he adds. In best terms it is a win/win-situation for all parties but of course you can’t promote an act with no international approach. Although Finland – like every other country – has plenty of bands that are too obscure or too specific to work outside their home country, more and more artists are not afraid of aiming a bit bigger.

To me it seems that all these up and coming acts got more confidence in terms of a certain international approach, wouldn’t you agree?
About the recognition of Finnish music at the moment… I think in the past it hasn’t been about the music itself that much. I think the industry became more connected to the international market. Still, I agree. It really changed over the past years. I mean, we got a certain metal and jazz reputation. And it’s still there and hugely successful. The indie scene has grown a lot and developed in multiple directions as well. Still, I think professionalizing the industry had an even bigger impact.

I think in general your country seems to have a better attitude towards music and culture. It’s a proper export good right here, just like – let’s say – cars in Germany.
(laughs) In my opinion it’s kind of organic. I mean, Finland is a small country although the industry is really strong. For example, we have a quite big live market for a smaller country. And also the percentage of Finnish music in the radio is quite high. And since it’s a small country it is quite natural for bands to look for new audiences. Same goes for all the other creative businesses we got here. Just take the whole video game industry with Angry Birds and others… they are all looking to expand into new environments. It’s pretty much the only option. And the government believes that there’s a lot of potential in music, literature and other arts to economically grow. After all, it’s good marketing for the country.

Maybe that final sentence should work as a role model for other nations as well. While budget cuttings in the fields of art, culture and even education became something like a bad habit in recent years in many Western nations it might be a bit clever to invest in these things more in the future. While the payoff might not happen in direct and quick profit it’s a great long-time investment. Music and culture are an integral part of each country and the people that are shaping it. Whether it is Britpop in the United Kingdom, blues and country in the US or even Metal in Finland – everything got ins place. ‘I like NIGHTWISH; they are so big and orchestral’ answers Riku Salooma our final – and obvious – question about his favourite local metal band. ‘But then again I also like CHILDREN OF BODOM’ he claims, followed by a big smile. ‘I think pretty much every Finn might have a metal favourite or at least a metal history.’

And just to get show you the diversified scene at the moment, NOTHING BUT HOPE AND PASSION presents you six up and coming Finnish acts you should know about. Here is the list, ladies and gentlemen.

While you should all know Finnish  hip hop newcomer NOAH KIN by now (if not check him out right here) it’s time to give his label buddy BINIYAM a bit spotlight as well. Being also part of the Cocoa label family the young lad definitely got the right amount of  swag flow to make your head nod as a sign of approval. Oh yes…

By now you should know that we got some special love for these two gentlemen. Their latest album Blown Away is a wonderful piece of tropical retro-pop and catchy little hits. Singer Juho Paalosmaa and acclaimed Finnish electronic producer Jori Hulkkonen work together in finest Miami Vice tradition.

This six-peace from Helsinki likes to define their music as ‘epic soul rock’ and that’s actually quite accurate. This year’s Let It Shine already marks their fourth full-length album and they are far away from being newcomers. It’s about time for the rest of the world to find out about it.

Finnish one-man-band THE HEARING aka Ringa Manner delivers ghostly dreampop with tender melodies and a clear dark undertone. Well, and she also draws comics from time to time as you can see on her Tumblr. Her debut album is called Dorian and it’s one you should check out.

The dreamy shoegaze of last year’s debut Orange Morning already got our attention and judging from their latest singles it looks like next year’s follow-up Dominique will see these guys move forward even more. The band around brothers Anssi and Samuli Neuvonen delivers drifting lullabies with hypnotic melodies.

This young lady delivers bittersweet blues/folk in the tradition of the great ones in history. Yes, we’re talking COHEN-level right here. Combined with her strong and delicate voice these little songs unfold honest beauty. Her latest album goes by the great title When the Cellar Children See the Light of Day. Needless to say that this one deserves your attention.