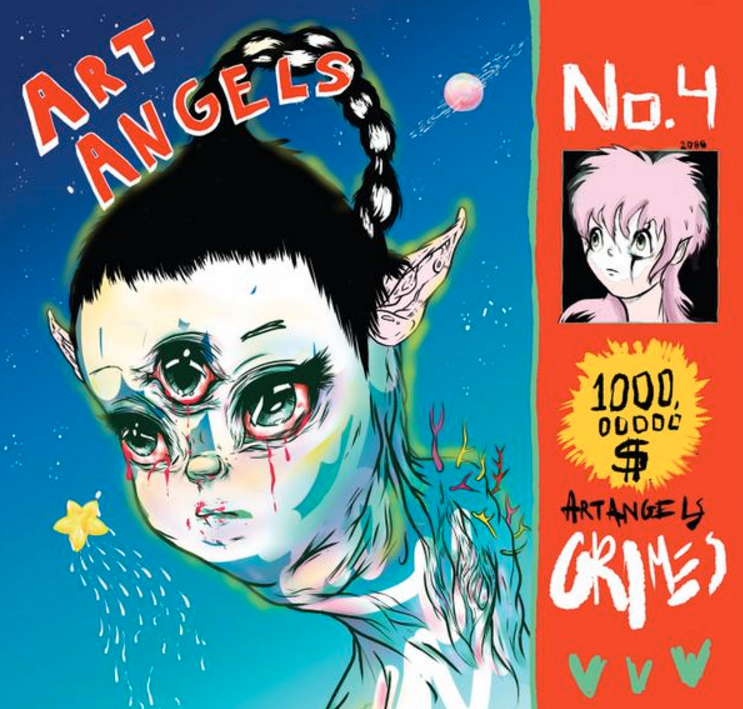 Now, that’s what you call a change

The time has come again. Canadian artist Claire Boucher, or as we all know her, GRIMES is back with a new album: Art Angels. And boy is it something else. Replaced are the more spacey vibes from her previous three albums with pop sugar galore. It seems the singer has dived into a world of anime and is venturing into a more pop music oriented environment.

Having already prepared us a little to what is expected on Art Angels with her songs Realiti and Flesh, Without Blood a change was expected. However, how different it finally turned out to be, might be a little distressing to fans in love with GRIMES‘ more atmospheric, sci-fi-esque and somewhat crazed music from the past. GRIMES has definitely changed from music who’s vibes originated from the singers thoughts after spending nine days without sleep, food or company (her album Visions came out from this experience). The whole album is a mashup of pop, J-POP, anime, and tunes that remind you of old video games. However, GRIMES‘ breezy, girly vocals remain along with the random nature of how some of the songs are put together, are also still there. Art Angels also contains two features. The track Scream really captures the Asian element of the album with Taiwanese rapper ARISTOPHANES doing her thing. JANELLE MONÁE also sings along with GRIMES on the a rather beat infused song called Venus Fly.

With Art Angels GRIMES has made her music a little more accessible to those people who’d like to listen to GRIMES but haven’t really gotten into it in the past. The listener is transported into this realm of fantasy and all things good and sweet. Tracks like California or Butterfly are rather catchy and remind you a little of late 90s pop-electro music. Although GRIMES has been a much discussed figure since making her debut back in 2010, the colourful singer’s music has been a little selective. However, this album could be the big break into a more mainstream world.

Sickly sweet at times but strangely addicting. The boundaries to a pop – manga style music have been crossed. One things sure, the album will leave an impression.