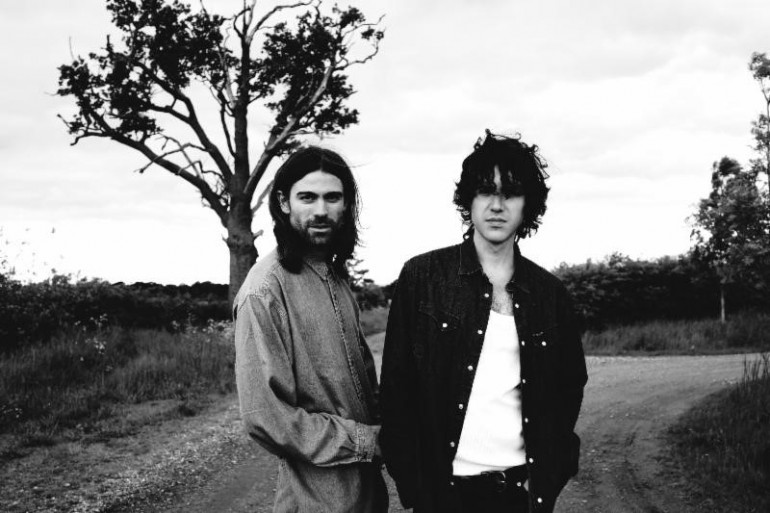 As we have entered the age of digitalization and more and more individualised ways of consuming a record itself the concept of the ‘big debut album’ seems a bit outdated. Only 11 years after the ARCTIC MONKEYS debut album became the fastest selling debut in British history the idea that a massive amount of people is buying a copy of one record at the same feels a bit odd. Maybe, in the time before this democratization of pop a record like TEN FÉ‘s forthcoming debut Hit The Light might have been a candidate for such a hype. Especially when you focus on the songs. Many of them – In the Air, Elodie, Overflow – have already been released over the past one and a half years and they all have one thing in common: they are really well crafted tracks with strong melodies and big ideas. Make Me Better and Twist Your Arm are not even trying to hide its nods to the glory 1990s days of British guitar pop while also managing to add a fresh note to this concept.

In some ways Ben Moorhouse and Leo Duncan, the masterminds of TEN FÉ, share similar ideals with the heroes of these days like Noel Gallagher as they told NOTHING BUT HOPE AND PASSION: ‘Noel is all about the songs being strong’. Well, and so is their music.

‘These days there’s so much focus on trying to be cool, that people are often afraid to just write a big chorus, to say something big.’

Hit The Light feels like a mixtape packed with some of your favourite pop/rock classics, except you’re enjoying songs you never heard before. TEN FÉ take the Madchester groove of HAPPY MONDAYS, mix it with a dedication for sparkling anthems á la PRIMAL SCREAM while adding a bit psychedelica in the style of TAME IMPALA to it. The duo is influenced by a lot of traditional songwriters like THE CURE‘s Robert Smith and BRUCE SPRINGSTEEN while also loving contemporary music by WHITNEY and THE WAR ON DRUGS as they tell us. That variety in taste results in an interesting mixture of organic Americana songwriting with European electronica that holds all songs on Hit The Light together, sometimes heading more towards one side than to the other. Acclaimed producer Ewan Pearson which the band was introduced to via their manager helped to balance these two opposing sides out. ‘We loved the JAGWAR MA album he had worked on,’ explain Ben and Leo, ‘we thought with his deep knowledge of electronics and groove he could bring something special to the record.’ Pearson didn’t want to change the sound but kept the songs ‘at the centre of everything’ instead as the two explain. The result is a record about renewal, a travel from dark to light which became the key element of the LP and although multiple singles have been released prior to it it’s the entirety that makes them shine. ‘The depth of an artist really comes across on a strong album, it’s about that, being deep on your vibe,’ they insist.

The heart lies within the songs

TEN FÉ debuted with Make Me Better back in the summer of 2015 and it’s interesting to know that the album was already written back then but the two British gentlemen weren’t interested in rushing things. ‘It just felt natural to take some time to get out and play the songs to people, and let it build more gradually.’ And although it took them longer than initially intended they couldn’t be happier about the one and a half years in-between when they say: ‘We’ve got a live band now we’re super excited about, we didn’t have that before, so it’s been a really important time.’ They also needed that time to set priorities and worship the things that matter as they explain:

‘The more time goes on, we’re more and more focussed on the things we love about what we’re doing, the music, the band, the people we’re working with, letting other people we know and respect get involved with what we’re doing.’

And maybe that’s the best advice for other young musicians the two can give. Don’t get into things if your heart’s not in it. And in terms of the music industry they learned ‘that you can’t try to second guess how it’s going to go too much’ and that it is best to not fall for that pressure at all, even when times are tough.

It’s about keeping control and taking chances. And that also includes teaming up with Telekom Music Talent Space who supported the band since their very early days in 2014. In the wake of their collaboration with Telekom Electronic Beats they are also releasing a Remix EP on February 24 featuring reworks by artists like U.N.K.L.E, ROMAN FLÜGEL and, of course, Mr. Pearson himself. TEN FÉ have been really lucky to get those producers on board as they told us: ‘To hear how someone else responds to your song, this alternate way of it sounding is really great.’ They also recently produced their first remix as a man for the track Heat by THE FIN; not to mention that the release of Hit The Light on February the 3rd is followed by a big tour all over Europe. TEN FÉ are keeping things busy, that much is for sure. The studio work is done, now it’s about time to get these big anthems out to an even bigger audience. Hit The Light is the perfect example of how to make an ambitious record without sounding pretentious. It might not start a big hype like back in the 90s (even Noel Gallagher recently stated that this seems impossible these days) but it already marks one of the most memorable debut albums of 2017 because a good melody never runs out of style. 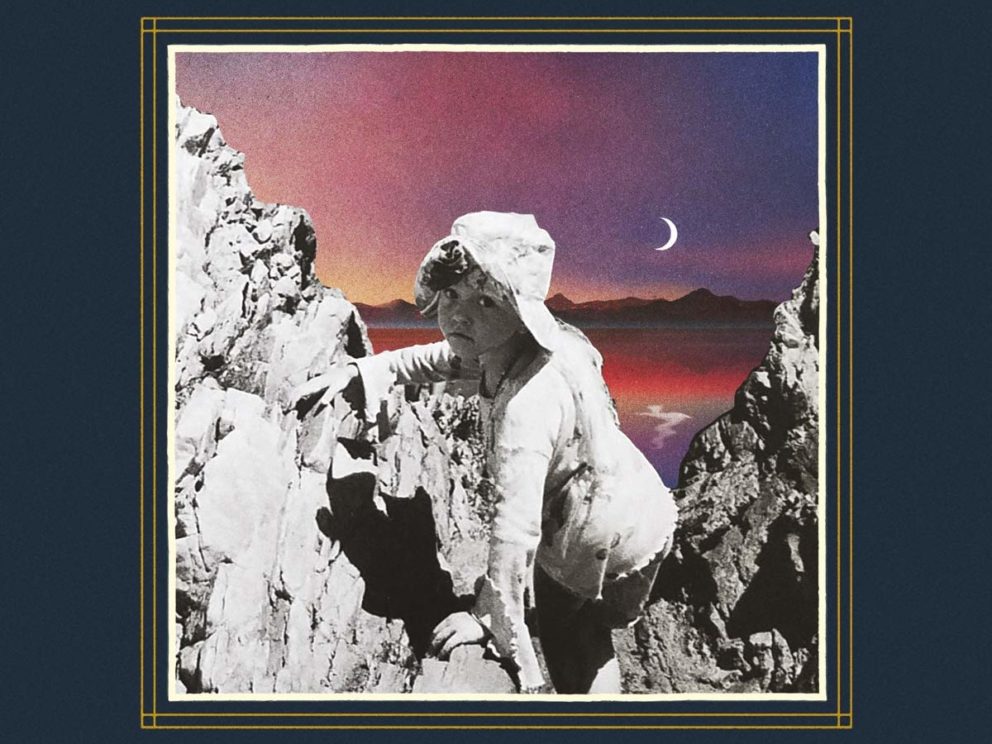 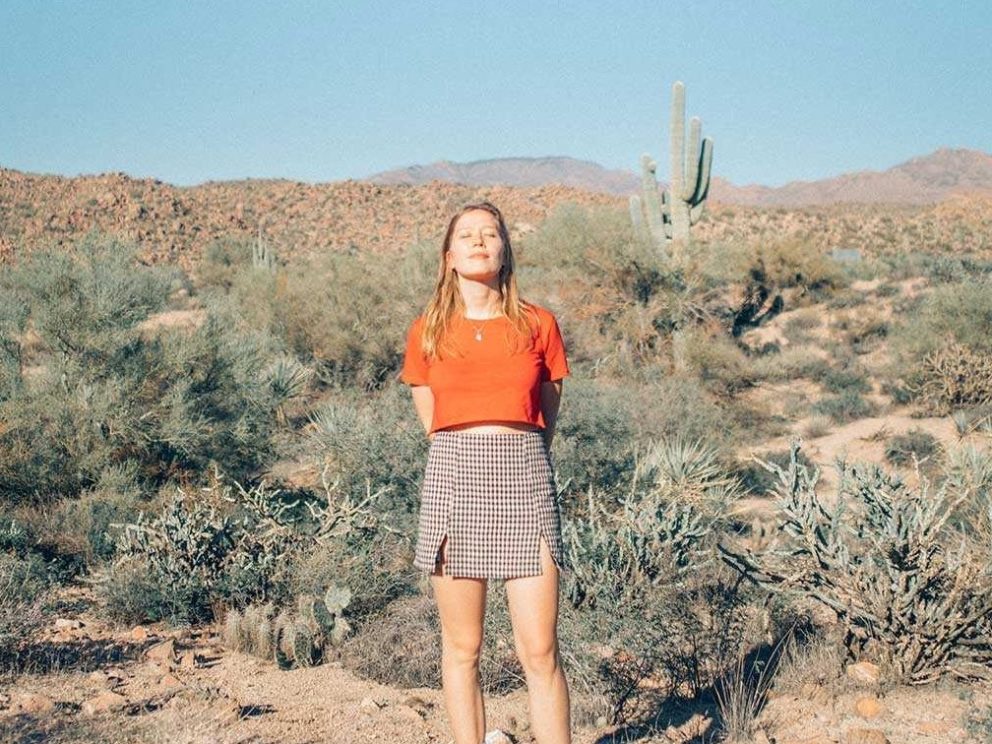