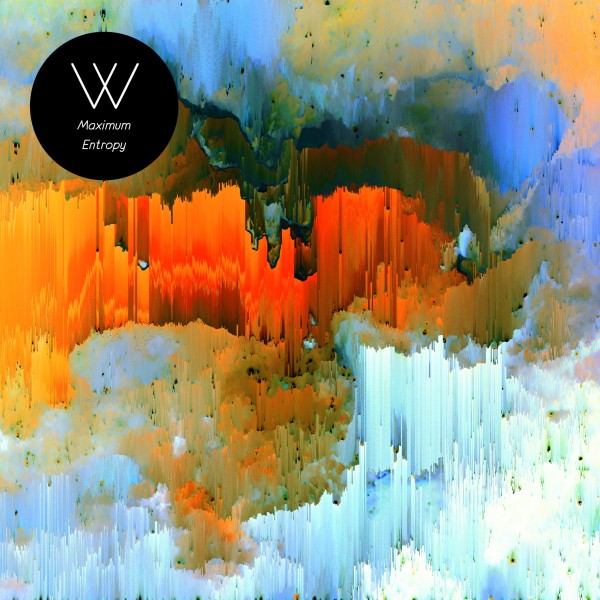 We’re all doomed. There’s no escape of the inevitable. So let’s just all join forces and celebrate the downfall together in a shimmering party with flickering neon lights and pumping beats, right? Well, okay, that picture might be a bit extreme but you can be pretty sure that Ryan James and Tomas Greenhalf would like the metaphor of creating their music as some sort of soundtrack to the apocalypse. It’s the balance between dark lyrical territories and a certain bittersweet desolation of the words that teams up with uplifting and sonic electronic landscapes. MAN WITHOUT COUNTRY love the extremes and after a pretty impressive debut album (Foe) in 2012 and a powerful follow-up EP (Entropy Pt. 1) in 2013 their sophomore studio album Maximum Entropy takes the duo’s idea on the next level.

Originally intended as a series of EP’s the band quite quickly lost the patience of waiting to share all these songs with the world. So here we have it, Maximum Entropy, a title that basically means ‘the end of the universe’ as the two gentlemen recently explains us. It’s an enigmatic selection of stadium synthpop, cinematic anthems of despair and dark matters. MAN WITHOUT COUNTRY clearly love the contradiction of their sound. Claymation (which already opened Entropy, Pt. 1) represents the catchy side of the band.

Right after it Entropy takes a dark twist as the band unfolds its love for epic drum beats for the first time, something you can spot everywhere on the album. Synthesizer sounds shoot through the air like laser beams in a dramatic sci-fi movie shootout. And in the haze of it – Ryan James’ delicate vocals (who were recently also featured on RÖYKSOPP‘s final album) that sound both – distant and fragile, familiar and alienate. They somehow perfectly fit to the album’s sound. MAN WITHOUT COUNTRY are always best when they focus on great pop songs and put them in their specific sound corset. Laws Of Motion is a perfect example for this. Morgan Kibby and her alter ego WHITE SEA are a well-fitting addition to the duo’s sound as she and James deliver a wonderful duet in the haze of an irresistibly catchy 80s pop tune. Looks like the friendship with M83‘s Anthony Gonzalez (who supported the band from very early on) paid off once again. 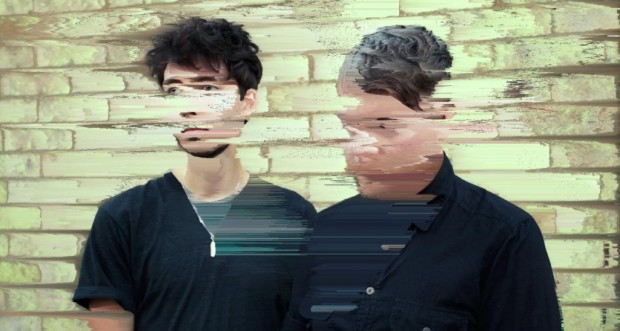 M83 might be the most fitting comparison as both projects share an undeniable love for the big gesture and a certain cinematic approach. You can almost imagine James performing the morbid Loveless Marriage somewhere in a dark and gloomy bar in Los Angeles’ moloch of the Blade Runner movie. Longing synthesizer pads in finest VANGELIS tradition unfold their magic while James confesses a ‘loveless marriage with my sanity.’ The floating three-minute long intro is already quite perfect but wait for the epic final. MAN WITHOUT COUNTRY constantly break with the expectations. Deadsea drowns in over seven minutes of slowly grooving wave sounds, followed by the easy-going groove of Catfish. ‘Keep up the masquerade‘ is one of the song’s key lines. Yes, sometimes these guys are hard to read.

The quality of Maximum Entropy stay on a constantly high level throughout its entire duration. Especially the previously unreleased songs like the technoesque Romanek or the catchy pop tune Virga show the enormous pop potential of the duo. But of course, in the end, all hell breaks loose when Deliver Us From Evil looses itself in dramatic drum loops and exorbitant exaggeration. There it is, the apocalypse. Boom. In the end we’re all dead, it seems… well, or relieved in a Sweet Harmony? The duo’s cover of the legendary 1993 hit by THE BELOVED might be an odd choice to end the album but it perfectly fits to its concept. Life, after all, isn’t hat bad if we all could just ‘come together, right now… oh yeah’. It’s the ultimate contradiction in the end. If you love good electronic pop music there’s no way you can ignore this. Maybe humanity got a chance after all, right?