The 10 most beautiful songs by Elbow 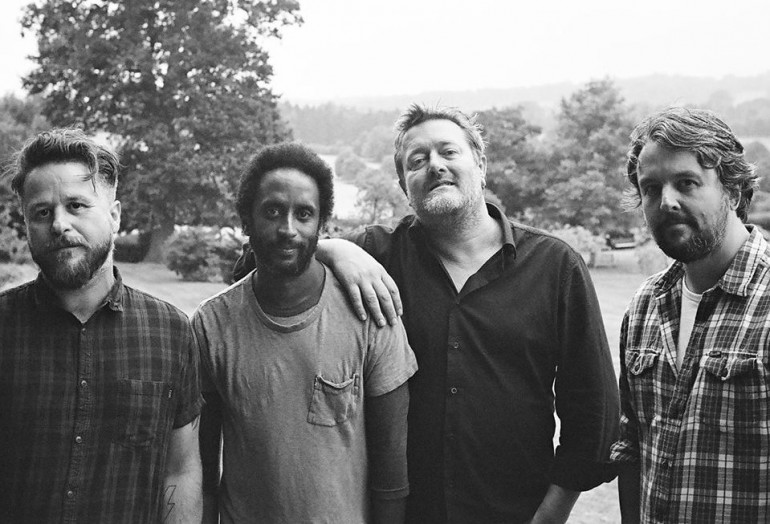 The state of beauty is a highly subjective one. Some people find beauty within things others find extremely ugly. It’s safe to say that we can all agree to actually not agree. But can we at least agree on ELBOW? The British group did become an institution for beautiful sounds, gentle melodies and heart wrenching lyrics. Over the past almost 20 years they brought us big stadium anthems, nasty little blues rockers and psychedelic Britpop in a way only a few bands are able to deliver. ELBOW became their own trademark. And their upcoming seventh album Little Fictions – out on February the 3rd – is another proof of it.

And just in case you’re not familiar with the lads around unique vocalist Guy Garvey – it’s never too late. As NOTHING BUT HOPE AND PASSION is always eager to convince you to discover great music we selected the ten most impressive and heart-wrenching songs by ELBOW. Not the best, not the catchiest, just the most beautiful ones. The songs that make you shiver and fall down to your knees. The musical diamonds off the band’s first six  albums – find them right here.

‘I drink until the doorman is a Christmas tree’ … One feeling that singer Guy Garvey always manages to transport is like he’s the perfect man to have a drink with. Quite often ELBOW‘s bluesy tunes and his charismatic voice automatically set the listener into a bar environment. One of the stickier, uglier ones. But within this setting comes also beauty. Like this imagined affair with an unknown lady.

Even the most obscure and ordinary sceneries get a certain amount of dignity when Garvey sings about them. In the case of this string-drenched beauty from The Take Off and Landing of Everything it is the beauty of bro time, if you might call it that way. My Sad Captains is an ode to friendship, drunken nights, missing trains and having a laugh with your mates, no matter how old are you. If there’s such a thing like uplifting melancholia, it an be found in this track. ‘What a perfect waste of time’, isn’t it?

‘Do they know those days are golden?’ … Gentle Garvey on a pattern of symphonic strings, combined with a sentimental message. Life might not be easier when you’re a kid but you are definitely far less limited. Sometimes it’s important to remind ourselves of this.

‘Great big sky down to the ground’ … This gentle b-side from the band’s 2011 single Open Arms really is a hidden treasure within ELBOW‘s discography. An easy floating and reduced piece that feels like a warm summer breeze. Way too short and unknown.

‘Spitfire thin and strung like a violin’ … pretty often the words of Garvey are pure poetry. One that combines everyday elements with a certain lyrical beauty. Where else could a line like ‘Stockport supporters club kindly supplied us a choir’ work within such a highly emotional piece? The poetry is even better when the music works so great as well.

‘Send up a prayer in my name’ … Sometimes one moment can change a song and lift him up on the next level. A chord change maybe. In the case of ELBOW‘s ballad of the tower crane driver the slow build up itself is already magical. When the final shift comes around 3:45 the track suddenly becomes something like the best song ever recorded. In exactly that moment. You’d wish it would last forever.

‘The only sense the world has ever made’ … In one of the band’s best romantic moments Garvey decides to capture the perfect moment with another person by just switching off right now. It can’t get any better so why continue? An awareness that’s as beautiful as it is incredibly sad.

‘I come back here from time to time’ … The final track from the band’s debut album Asleep In The Back is still one of their best ones. A gentle piano-driven, dreamy ballad that themes around past and nostalgia. Garvey dares a visit. And after all these years it’s still okay. Even in black and white.

‘We still believe in love so fuck you’ … It can’t get any better than this. Having the Glastonbury audience sing on your song? Even if it was just the second LP of the band, Cast Of Thousands, you can already sense that they were destined for higher goals. It’s an epic plea for love and the power of it. Screw you if you dare to disagree.

‘Salford Skyline Blue, always you’ … Though the whole 2008 LP The Seldom Seen Kid was dedicated to a recently passed away friend of the band it’s the final track on it that perfectly sums up all the love for this kid and all the pain around his demise. A simple ‘Love you, mate’, a deeply sad ballad. There’s so much tragic within this tune, but also such a beauty. Probably the band’s strongest moment so far.