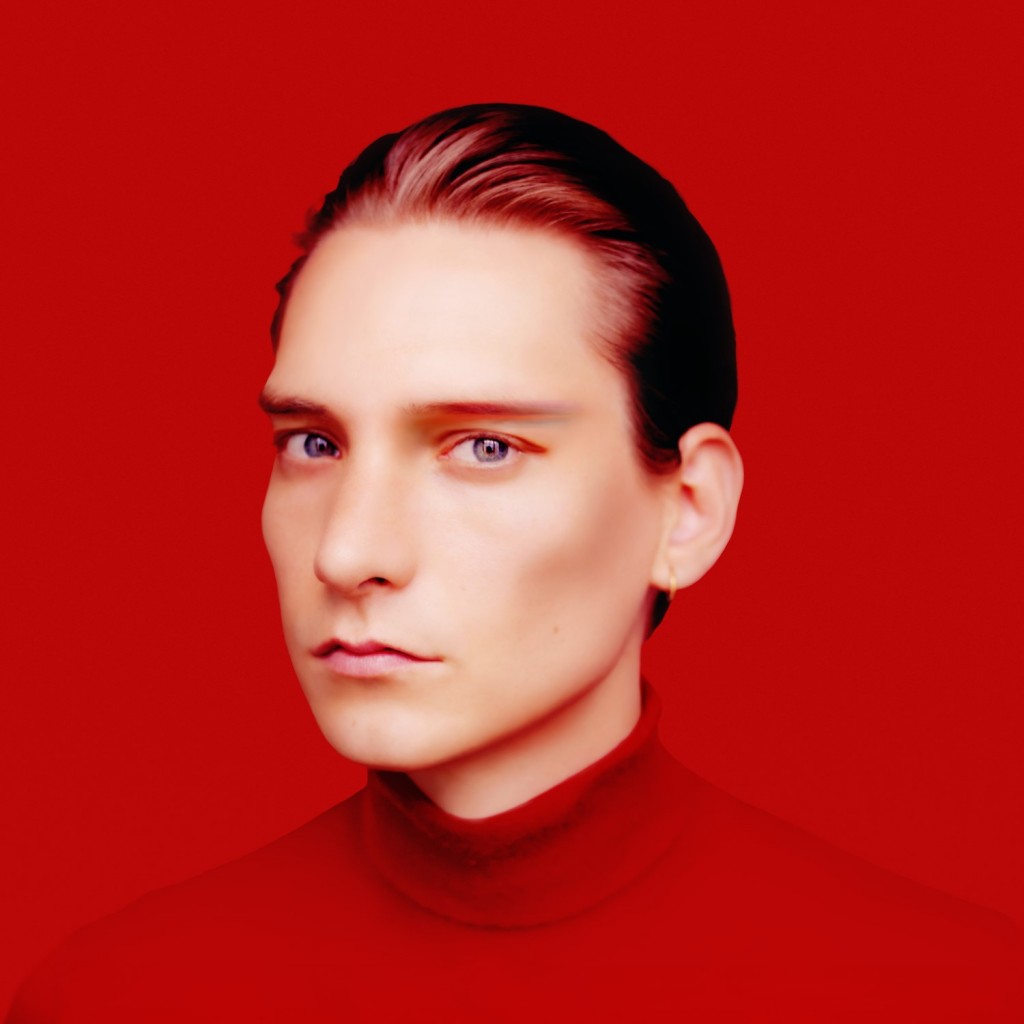 What it is: Born in the Netherlands, THOMAS AZIER moved to Berlin 10 years ago at the age of 19, where he lived until his recent move to Paris . His debut album Hylas from 2014 presented Azier presented a dark Berlin-style, his music was a more commercial mixture of dark Electronic elements mixed with Pop elements. For his second album Rogue, the Dutch dandy didn’t let go of his electronic style. But there’s more silence now through soft piano tracks and an emphasis on his oice. Maybe the reason for that is that Azier didn’t just make an album for his new home Paris (like he did with Hylas for Berlin), but put influences from the three places he has lived in together.

Why to listen to it: Rogue presents intimate ballads next to Electro Pop tunes. Compared to his debut album, the producing sounds way more minimalistic and professionalized. Apart from more cheesy pop songs like Berlin or Gold, Azier put aside the commercial approach from his first album. It’s are more melancholic moments like Babylon or Sandglass where Azier shows his real artistic talent. Even though Rogue isn’t completely made of gold, it’s an album that mixes both sadness and ecstasy in an mainly sophisticated way. (Louisa Zimmer) 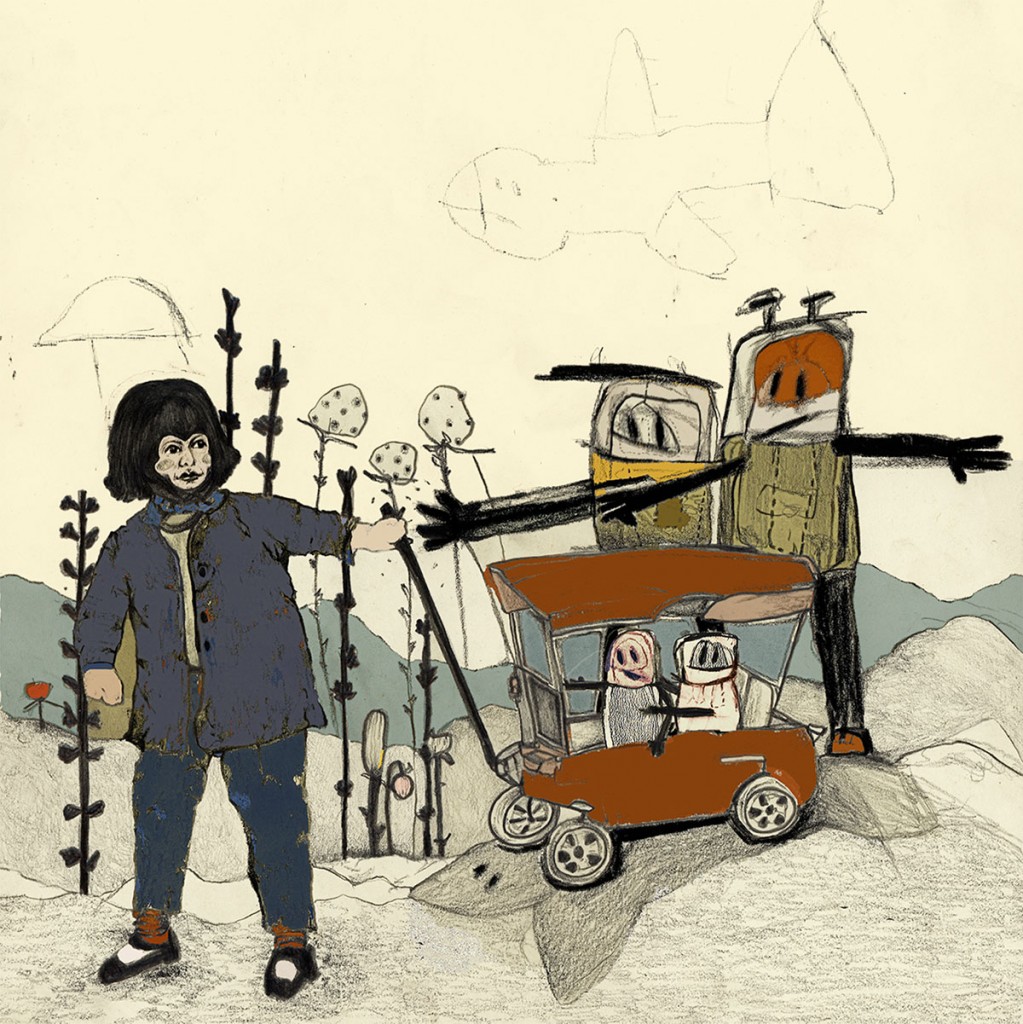 What it is: The second full-length by Harmony Tividad and Cleo Tucker following their praised 2015 debut Before The World Was Big. While the predecessor had that undeniable lo-fi singer/songwriter charm with riot girl atmosphere, Powerplant adds more edginess and an entire rhythm section to the GIRLPOOL formula. Inspired by seeing the big world via their first tours the Californian duo relocated in Philadelphia and became involved in the local D.I.Y. scene there for a few months. Being heavily inspired by artists like ELLIOTT SMITH, early CRANBERRIES and the almighty COCTEAU TWINS, Tividad and Tucker take things to the next level.


Why to listen to it: Right from the melancholic start in the form of 123, GIRLPOOL spread that charming lo-fi rock flair with undeniable references to the 1990s. Sleepless adds a shoegaze element to the recipe while a track like Corner Store perfectly balances indie pop charm with a noise rock outburst right in the middle. Like on their debut the two ladies keep their delicate little pop tunes short and effective, mostly under the three-minute mark. Within that short length they manage to squeeze in a town of ideas and twists, from the grungy vibe of Soup to the cinematic finale Static Somewhere. With the power of their soft textures and hushed harmonies Mrs. Tividad and Mrs. Tucker create raw honesty and a certain authenticity that should please all true independent music minds left out there. Rock on, girls! (Norman Fleischer) 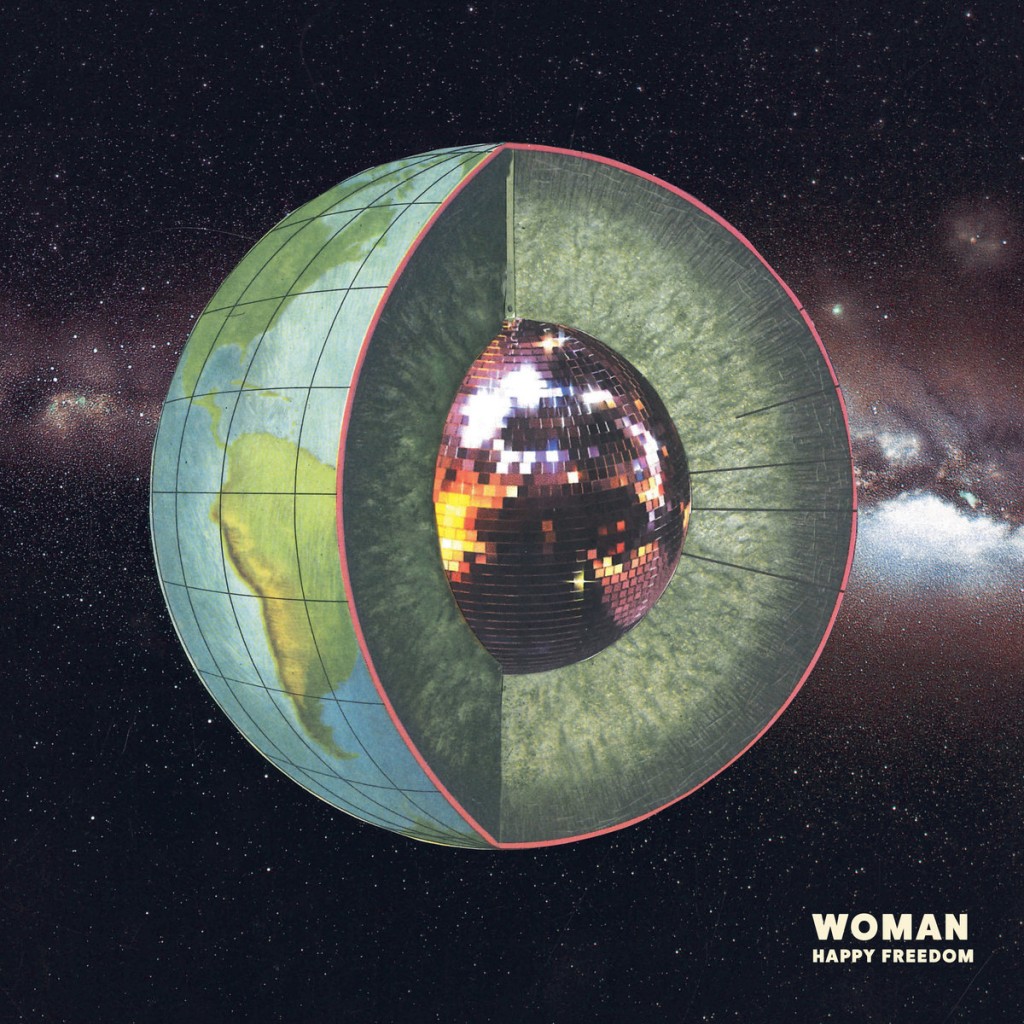 What it is: It took Carlos Hufschlag, Manuel Tran, and Milan Jacobi four years to arrive at a point that allowed them to nail down their creative work as WOMAN, but when they did, the Cologne-based trio quickly made rounds in the German music scene not only on the merits of their short, infectious live shows, but also a stunning debut EP. Fever established the band as an act that married tasteful use of modern production possibilities with a vocal and instrumental prowess at a level that was rare to be seen even in the Cologne music scene – JUSTIN TIMBERLAKE and Carlos Santana might have served as stylistic corner points to describe their already well-established sound. It is for those reasons that the arrival of first single Marvelous City from their debut album Happy Freedom, produced by Zebo Adam, was met with both excitement and surprise – the track’s thematic focus on urbanity and its rich, opulent sound both was a departure of sorts from the soulful, lovelorn funk-pop of Fever.

Why to listen to it: Not only does the music on Happy Freedom give a nod to the heydays of the album format, the songs themselves do their best to reinforce the impression of making the most out of their limited recording possibilities, with designated album openers and closers, subtle crossfades between tracks and a pronounced focus on warm, organic sounds. WOMAN are clearly capable of doing their instruments justice: jittery guitars embellish the rhythm section of second single Control, which subsequently converge in a full-blown guitar solo. However, unlike their sources of inspirations, WOMAN do not rely on the power of their individual riffs to carry the songs.

As would be expected from a modern pop record, the songs build on the nuances introduced by the elaborate sound design. Especially on the second half, where the straighter, catchier pop tracks make way for more experimental material, the emphasis on texture, both sonically and compositionally, becomes particularly notable. It is here where Happy Freedom rewards close listening with headphones or good speakers: the urgent bass thump and pressing cymbal rolls on Khung Bo (Terror), the subdued percussion on brooding Concrete Jungle, or the numerous subtle textures that compose the build-up in the fantastic opener Dust. Although WOMAN appear more reactionary than would have been expected after their strong debut EP, Happy Freedom proves to be a worthy continuation. (Igor Franjic)

First Hate – ‘A Prayer For The Unemployed’ (Escho Records) 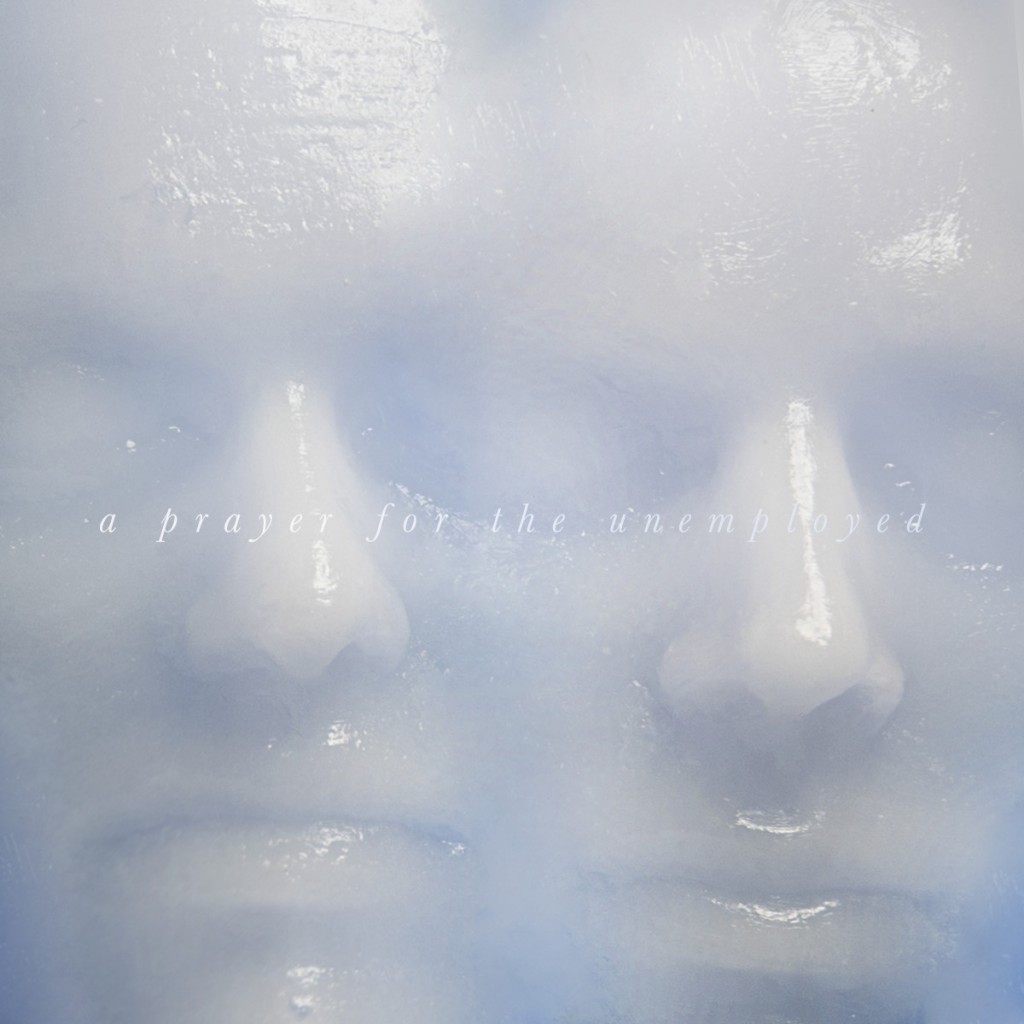 What it is: Danish duo FIRST HATE aka Anton Falck Gansted and Joakim Norgaard took some time for their debut album which now finally arrives following such wonderful dark wave hit singles like Girls In The Club and Trojan Horse in the past. While the two gentlemen from Copenhagen previously always felt like a modern day missing link between JOY DIVISION and early DEPECHE MODE their debut album takes a slightly different turn. Gansted’s melancholic deep vocals are still the centre of their synthpop songs but A Prayer For The Unemployed adds lighter aspects to the melancholic despair of the band’s previous output.

Why to listen to it: Fans of 80s wave pop will highly enjoy the youthful longing and introspection within the FIRST HATE microcosm. The two Danes unfold gentle little urban tales, packed with melancholia but also uplifting vibes from time to time. Following the dreamy start Bullets Of Dust, the catchy single The One is heading straight into NEW ORDER territory, including joyful house piano and the typical melodica. Although desperation is sensible in a few corners, Gansted and Norgaard are willing to let the positive thoughts win over the bleak circumstances of these times. ‘You shouldn’t be enslaved by your mind’ the band states in the uplifting title-track before Copenhagen MMXIV sees them singing about shining lights and the cinematic beauty their hometown has to offer. There’s a certain early 90s vibe running through the FIRST HATE debut, stealing a bit from the Manchester rave days and europop sounds of these days without sounding too cheesy in the end. A song like powerful Time To Start Giving spreads the message of love as only solution to all the hate we are currently facing quite honestly and with a lot of charm. You can’t avoid the contradiction, so let’s just make the best out of it. A Prayer For The Unemployed is a pretty delicate piece of shimmering synthpop that spreads a very unique magic, combined with a universal message. (Norman Fleischer) 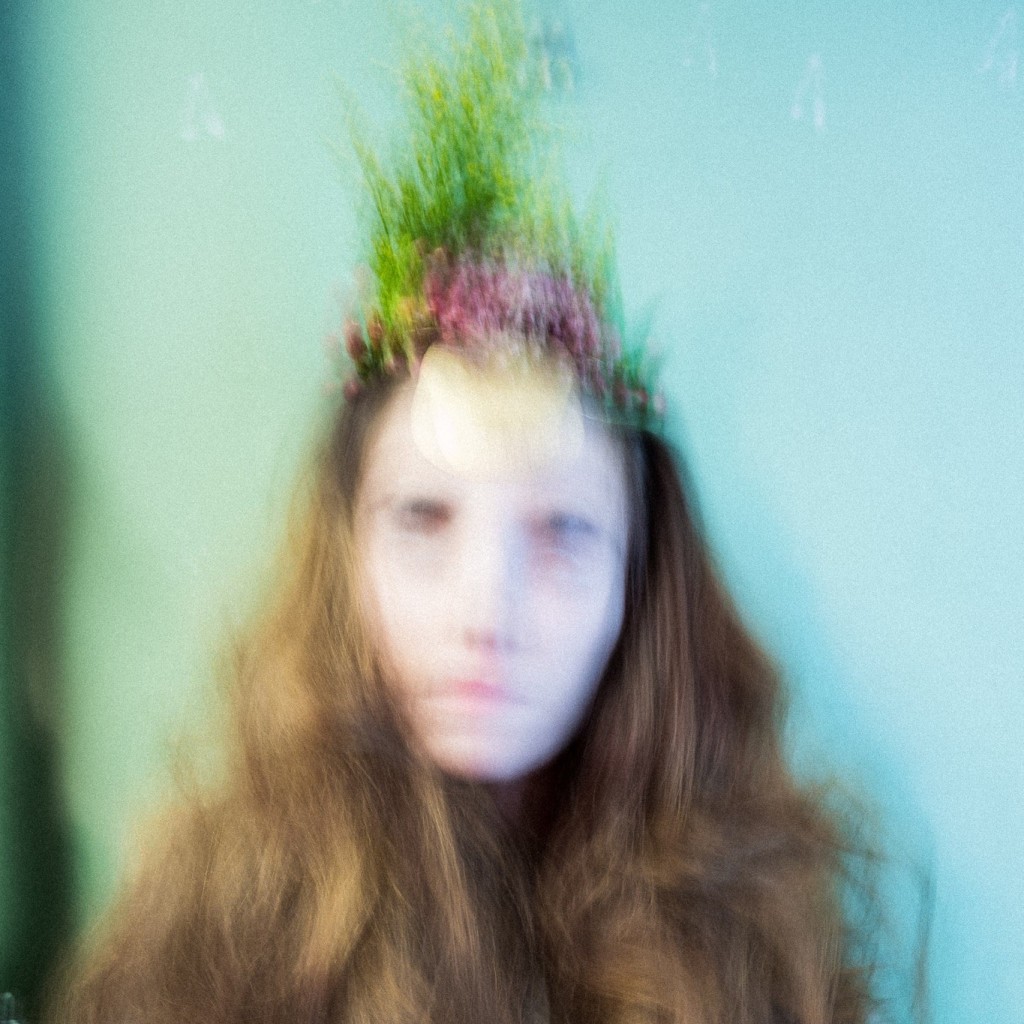 What it is: The highly anticipated first full-length of one of NOTHING BUT HOPE AND PASSION’s regulars. Born and raised in Athens, SARAH P. started her music career in 2010 as the frontwoman of the beloved dream pop duo KEEP SHELLY IN ATHENS. In 2014, she left the band and relocated to Berlin where she started to work on her solo career. The result is an enigmatic electronic pop sound with more emphasis on vocals and lyrics which was first showcased on 2015’s EP Free and still remains characteristic of her work.

Why to listen to it: Her debut LP is a soundtrack to searching and finding your identity, home and love in this day and age or, as the singer puts it, it’s an ‘ode to our humanly deep need of security and love’. Personal feelings are reflected as well as external factors. The title can therefore be seen as the beginning of a list which goes on with ‘who are the people around me?’ and ‘who are the people who govern us?’, making the LP thematically reminiscent of records like KATE TEMPEST’s state-of-the-world representation Let Them Eat Chaos. Who Am I is a rather thoughtful album – and it’s definitely worthwhile checking out SARAH P.’s social media sites for more contemplation – but it’s not depressing or gloomy through and through. LoveStory and To You are simple love songs reminding of PATRICK WOLF’s gushing celebration of love on his record Lupercalia. Summer Prince, Millennial Girl and A Letter From Urban Street are very catchy and immediately riveting, bringing to mind bands like LADYTRON. In general, very melodic parts take turns with freer bits making the record not just lyrically diverse. Her voice ranges between SOKO-like sweetness, sometimes even coming close to BJÖRK’s 90s child-like singing, and KATE BUSH’s witch-like vocals. It’s a special one, to say the least. Despite the drawn comparisons which were mainly used as points of reference, SARAH P.’s debut is a very unique piece of music and it’s another step in an incredibly inspiring development. (Jessi Schmitte)