7 Reasons why to take Taylor Swift a bit more seriously 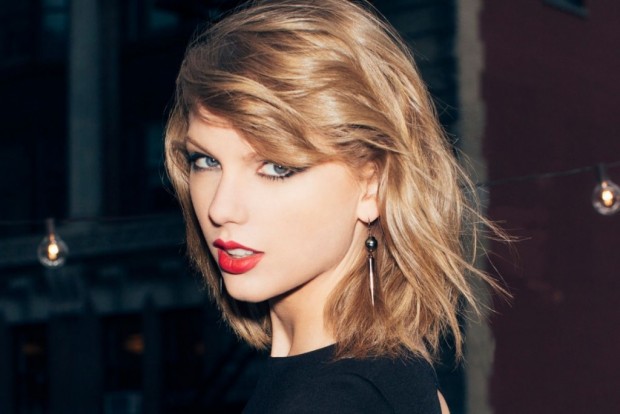 Yeah, we know what you are all thinking: TAYLOR SWIFT? Seriously, NBHAP? You’re jumping the bandwagon way too late!’ Why putting out a list for someone who is not even a tiny part of all these alternative and oppressive gloomy music scenes we are all loving so much? Well you might be right but you also can’t deny that TAYLOR SWIFT is one of the most talked about artists at the moment. You cannot ignore her, at least not if you are interested in the current state of pop culture. Well, and maybe a few of us should learn to handle the big bad topic of ‘mainstream pop music’ a bit more open-minded instead of calling it just stinky, dump trash. Of course, the latter one exists in a high amount we wouldn’t automatically categorize the 25-year-old shootingstar in that territory. You want to know why? Ok, then let us get this… thing done!

Just like many of today’s big names in the business, also TAYLOR SWIFT started to pursue a musical career with young age. After deciding to make country music and taking part in different competitions, she moved together with her parents to Nashville, Tennessee, where stuff got pretty serious: with only 14 years the girl got an artist development deal with RCA Records and became later the youngest songwriter ever to sign a contract with Sony/ATV (one of the world’s biggest music publishing companies, btw). As you can see, there were no embarrassing TV commercials or kinky playback shows for TAYLOR as a start up for her career. She is, in fact, real and worked her way up to the top.

Love it or hate it, but this girl knows how to use words! Her structure is simple but effective. Yes, you will find always the verse-chorus-bridge framework, with some catchy pre-choruses as well. But just take a line like: ‘So, I punched a hole in the roof. Let the flood carry away all my pictures of you. The water filled my lungs, I screamed so loud but no one heard a thing’ from Clean off last year’s 1989 record. There are way worse metaphors in pop music. And don’t forget the fact that TAYLOR has the ability to create a song out of small things in life and mixing them up with metaphors and nostalgic thoughts (without trying to kill herself like our dearest LANA DEL REY). Oh, and first things first, guys: she writes all her songs on her own, eventually adding just some tiny ideas from her Co-writers. 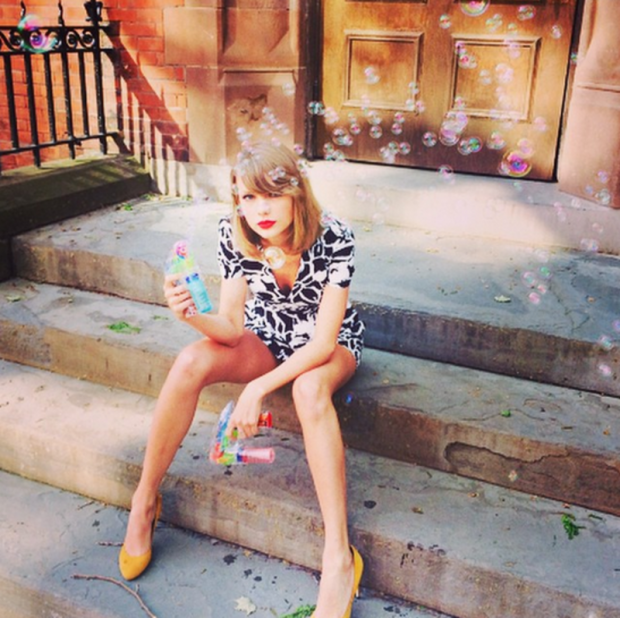 3. Cudos for her lyrical themes

Connecting to the artist’s writing skills, her songs are mostly about love, its tragedies, family, friendship and boys, boys, boys (or is this the same as love?). Certainly a few things are missing here. Okay, she might not face the existential questions of human existence and dark desperate topics but it’s not Mark Kozelek we’re talking about. But there are other quite interesting topics the American darling is leaving out. Where are the drugs, clubbing and (most important) sex? In a time were pop tunes are more and more over sexualized (just take such former child TV bunnies like ARIANA GRANDE or SELENA GOMEZ), TAYLOR SWIFT keeps it clean and straight when it comes to her music’s contents. Provocation is not part of her artistic and promotional concept and to be honest, it is actually refreshing to see someone who is more concentrated on music than shocking performances, right? She’s the Anti-MILEY.

4. She managed the fluent transition from country to pop

If some of you know TAYLOR‘s eponymous debut album and her 2014 released 1989, a musical change definitely happened. Ok, it is no transformation from black to white because the American singer’s music had always pop elements in it. Still, on her latest work the country flair has gone for good. The point is, she did not throw it out like a bomb which could have cost her some authenticity as a musician. For 1989 TAYLOR SWIFT even wrote a letter to her fans, explaining why she moved from country to more pop-based music. It is included on the physical version of the LP. There are many artists in American pop history who tried to make the change from country to pop (who remembers Shania Twain or Jewel?) but it felt always too forced and predictable and remained a short moment in the artist’s discography but we have the strange feeling that TAYLOR is here to stay. 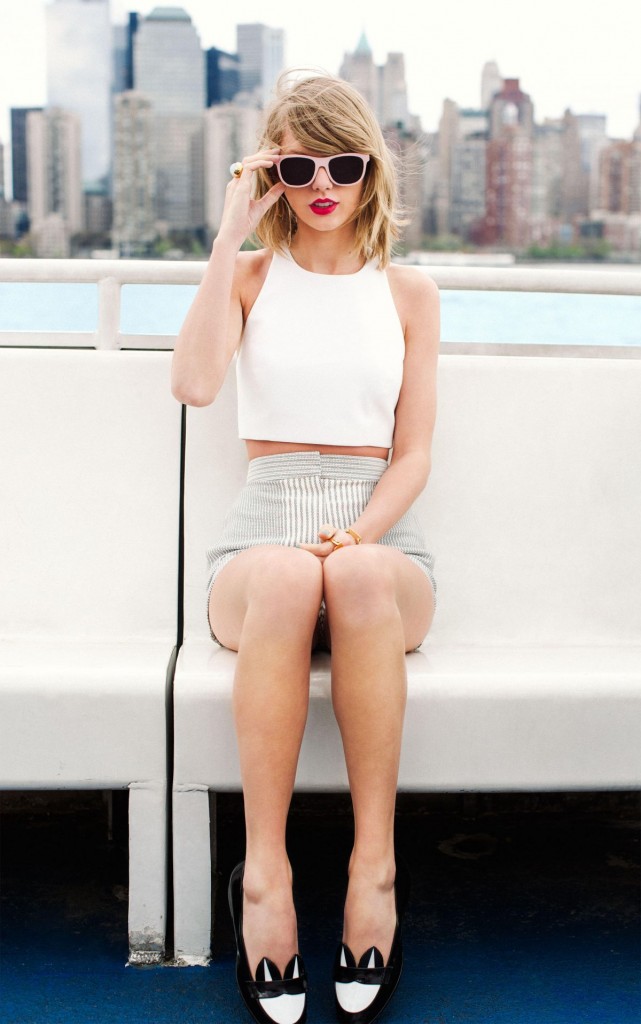 5. Her live performances are quite impressive

At the moment TAYLOR is high on the list for artist’s to watch on the scene. Her latest ‘Red Tour’ was sold out immediately and was not only popular among her fans or lovers of good live shows in general but also received critical acclaim. Well, and she holds the record for the highest grossing tour for a country musician. Despite those facts, her live performances were several times up for big surprises. During her last tour the singer invited for example British shooting SAM SMITH on stage, or ELLIE GOULDING. And, not to forget, Canadian indie-duo TEGAN AND SARA. Taylor is always up for some musical mash ups and shows her respect for other artist’s work. She’s currently taking the HAIM sisters with her on tour. Well, who wouldn’t? Just witness here how much fun they have.

Happy Birthday, Este!! Ever since you, Alana, and Danielle adopted me into your wolf pack, life has never been the same. @haimtheband

6. She doesn’t take herself toooooo seriously

Even if we are trying to teach you a small lesson here why you should give this girl a chance, TAYLOR SWIFT has no real problem to make a fool out of herself. In her video for Shake It Off she even makes fun of her…well.. questionable dance abilities or dating habits. Both were recent topics in tabloids. Yes, it is also a good promotional strategy, but have you seen her ever moving in the audience at an award show? Yikes! She’s not playing the ‘girl next door’ part, she IS the girl next door and not afraid to let the world know whenever she gets the chance.

We should not forget the main fan base of TAYLOR‘s music are teens with a broken heart or at least girls and boys who think they got one. Ok, maybe a preference for ponies and fairy tales as well. Clearly the singer follows an image which keeps her listeners believing in a life after a break up or your inner strength instead of ‘twerking’ around in underpants (which can still be fun, I guess). In interviews she often mentions the importance of giving a positive example for the younger generation. Yes, sometimes her view on feminism might be a bit naive but seriously, she just turned 25 in December. Give her time. We’d rather see her teaching teenage girls life lessons than NICKI MINAJ, right? Let us just hope she keeps it like that!

The time has come for a little confession: we have to be true to ourselves and give TAYLOR SWIFT ten points for the catchiness of her tunes she’s putting out since 2012’s We Are Never Ever Getting Back Together. There are also pieces like I Know You Were Trouble or 22. All of them pretty much sum up what easy going pop music is about: sing-along warranty, a chorus you will not get out of your head and the enjoyable balance between fun and drama. It’s just what it is: well-produced mainstream pop from a person that clearly knows what she wants and knows how to get it without selling her soul. And if she’s all playing us she does it in perfection. So keep on shaking, TAYLOR. The people will do the same!