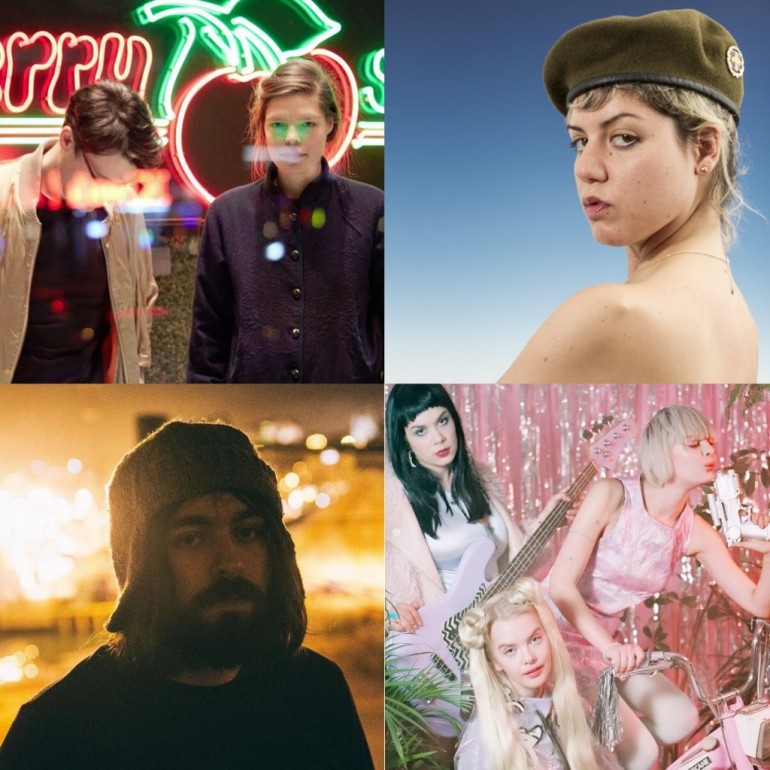 Me Succeeds – ‘It Grows’

It’s been a while since we heard new music by the talented ME SUCCEEDS from Hamburg. Now, Mona Steinwidder and Lorin Strohm are ready to launch a new album on May 20 called Into Randomness. It arrives via Ki Records and the gentle first single It Grows already spreads reduced electronic beauty and also got a certain ‘underwater’ spirit to it, wouldn’t you agree? It definitely gets the excitement up for more to follow.

While NILS FRAHM decided to celebrate his annual Piano Day with a free EP, neo classic duo CEEYS decided to rework one of the songs of their colleague. Sebastian Selke and Daniel Selke managed to make Kind even sadder and more haunting, reducing the song to its core. A really sweet piece of music for all neo classic lovers.

The so-called supergroups can come from the strangest directions. Who would have thought that members of THE SMITHS (bassist Andy Rourke) and THE CRANBERRIES (charismatic singer Dolores O’Riordan) could ever be in one band at the same time? Together with DJ Olé Koretsky they form D.A.R.K. and will release a first LP called Science Agrees via Cooking Vinyl on May 27. A first single goes by the name Curvy and spreads exactly that old-school-sounding Britpop/rock vibe we expected from that mixture. Convince yourself right here.

Fans of dreamy shoegaze, listen up! Asger Kudahl and Nils Bloc from Copenhagen and their band SHE DIVES should be on your radar. Born out of the ashes of their former band TEMPLE the duo creates haunting but also quite intimate masterpieces that deserve a bit more spotlight. Bibles below is just one fitting example. They are currently working on their first album which might arrive this summer, so please keep them on your radar.

We reported about the ongoing hiatus of beloved indie rock heroes BOMBAY BICYCLE CLUB a while ago and it doesn’t look like it will end anytime soon. At least, the band’s bassist Ed Nash now reports back with his solo project called TOOTHLESS. His debut single goes by the name Terra and delives spaced-out dreampop with a really addictive beat. The single will be released as 7” via Transgressive/ParadYse on May 13.

TOM And His Computer – ‘Girl A Go Go’

If the sound of TRENTEMØLLER is the first thing that comes to your mind when listening to TOM AND HIS COMPUTER you shouldn’t ne surprised. Thomas Bertelsen has been touring a while now with his Danish colleague, providing haunting DJ sets that are similar to his ‘big brother’. Now, he also released his first EP Small Disasters also via TRENTEMØLLER‘s In My Room label and it spreads the same sinister magic, combined with a haunting groove that takes you right to the heart of darkness. This bearded gentleman definitely deserves a bit more spotlight…

London meets Reykjavik meets Brighton trio DREAM WIFE made their name with their scrappy grot-indie songs, including a cover of PEACHES’ Fuck The Pain Away, the track that’s come to be the holy grail and scripture for all feminist punks. New single Kids showcases the band’s ability to combine pinball riffs, swooping harmonies and strong melodies into one big ol fuzzy mess. In the best way. Debut EP, EP01, is out on Cannibal Hymns now.

EVVOL‘s new single, Physical L.U.V., with lyrics like ‘It was only your body that held my heart’, is an artistically complex exploration of the divide between physical affection and actual emotion but also, holy fuck is it a jam. It’s packed full of electro-noir groove, and even plays with fire by indulging in the risky disco tropes of cowbell and French spoken-word interludes and still manages to pull it off. If they can keep this up, the Dublin/Berlin duo’s upcoming EP of the same name will be up there with the year’s best.

A good genre classification sometimes is everything it needs to get our attention. St. John’s, Newfoundland-based singer/songwriter FOG LAKE labeled his latest single ‘Bedroom Pop’ and we couldn’t agree more. It’s a floating piece of a lo-fi dream and that sort of song that makes you want to crawl back to the cozy bed… or maybe even never leave it in the first place. A full FOG LAKE album arrives later this year and all shoegaze/ dream pop lovers should have that man on their radar.

Krista Papista – ‘I Wish I Had Blue Eyes’

We’re pretty big fans of London sordid-pop musician KRISTA PAPISTA here at NOTHING BUT HOPE AND PASSION, having covered her work a number of times in the past and got her to write us a guest blog last year. Now she’s back with a new track, I Wish I Had Blue Eyes, a mix of grinding industrial noise and delicate piano pieces. It comes paired with this warped art video, created by PAPISTA herself along with the Blør art collective. I Wish I Had Blue Eyes is out now.