An adventurous complexity has always surrounded the sound of Danish collective When Saints Go Machine from very early on. Over the past twelve years the group took their hypnotizing synthpop to new heights with every release and to this they their sound causes a certain amount of fascination over here. Last year’s SO DEEP album is no exception to that rule and its premise is a truly unique one. In the studio When Saints Go Machine manipulated sounds while recording in real time, which then became the sample. These samples were crafted into a score that was given back to the Copenhagen Philharmonic which completed the work. The result is a symphony of synthetic and traditional sounds that also plays with the audience’s expectations and listening habits.

SO DEEP is not an easy listening experience but that’s what makes it so valuable if you give it a shot. Falling Is Only Bird’s View A Second is one of the key tracks on the record and today we not only give you the exclusive world premiere of its accompanying music video but also caught up with singer Nikolaj Vonsild to talk about the current artistic chapter of the band.

Greetings Nikolaj. Like the title implies the album is … well, quite deep indeed and suely a listening challenge compared to your earlier work. How are the reactions on the album so far?

I don’t really go searching for people’s reactions like that, but some of our friends love it, some listen to other types of music and don’t like it, some are indifferent. I don’t know if it’s actually challenging to listen to or just different than our earlier work? It is the first time we have done an album that refers to a symphony. We had to respect that when doing the album. I will say maybe the platform on which you’re being met with it and the “product” don’t really fit each other this time around, don’t know?

I read somewhere that you didn’t know where else to musically go with When Saints Go Machine before the collaboration with the Copenhagen Philharmonics. Are you tired yet of writing and composing in traditional melodies and structures?

We’re definitely not tired of doing more traditional production and songwriting, but to start working together after a long break it would be weird to try and find out where we left off before. We would rather go somewhere else and share the joys of exploring new material and processes together. With SO DEEP we wanted to see where the small planet bends, but sometimes you just want popcorn and pictures that feels good as well, so we’re definitely not tired of simple structures and functions either.

I’ve been following your work for roughly a decade now and I would like to know how your feeling is towards your earlier work? Many bands have mixed feelings when it comes to reflecting on their earlier work. How does that feel for you?

We’re proud of our history and that we managed to stay friends and still feel like working together after 12 years. That in itself is very special and the bond we have runs deep. Some of our older material has somehow grown too old to me and the importance of a specific song and what it meant when I felt and wrote it has since become something else or just withered. So the only thing that keeps it alive, is that someone still wants to hear it and for them we will play it and that somehow still gives it some sought of new energy. At some point though, this can become too much. If you become unable to change or move, kill it. 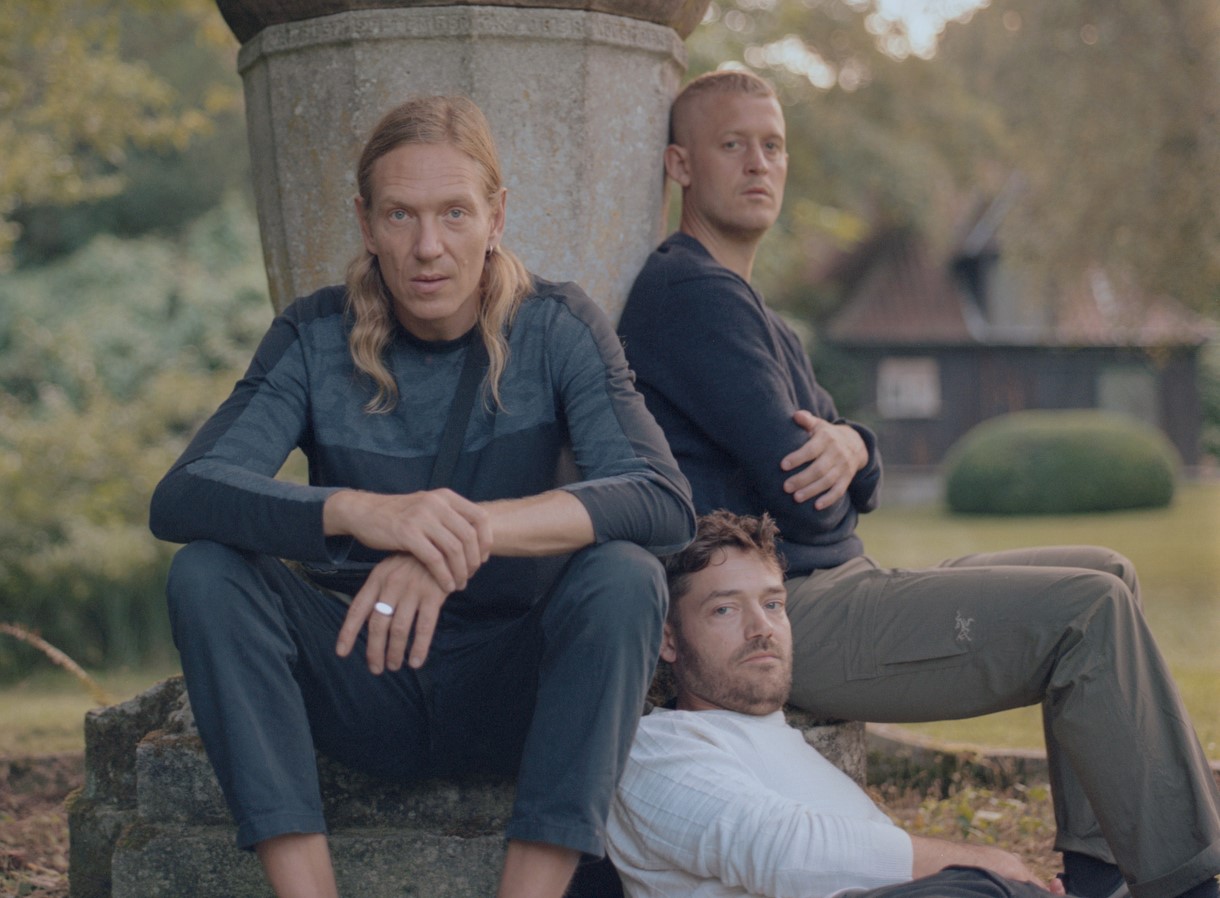 Tell us a bit about Falling Is Only Bird’s View A Second … How did this song came about?

It was part of the symphony in a slightly different version, but all the lyrics were the same it just had to contain another type of drama and hold another position on the album.

I feel like the title says almost everything there is to say about this song, but it’s about depression and trying to cope with being unable to do anything, because you have zero energy, can’t move and suicidal thoughts.

I ripped my hands from this world somehow, couldn’t help it. I was always over me, it’s hard coping with yourself sometimes. Falling is still flying for a split second and shouldn’t that really be enough for me to be happy, just that tiny magical second of floating?

What forms of music, art or other inspires you these days?

What inspires me the most are the people closest to me, because I see how they grow as people and how their work evolves on a daily basis and they are also the people I have the most important conversations and share my deepest feelings with. So Jonas and Silas from WSGM and also Yen Towers and Minais B I’m in KhalilH2OP with. Also right now I feel everything that makes me relax is both inspiring and empowering like boxing for example. Loraine James album For You And I has also been important.

What’s next for the band? Did SO DEEP inspire you to head for new musical adventures in the not so distant future?

First of all, we’re putting out some edits of tracks from SO DEEP, but they’re re-worked and written for other purposes like streaming platforms, dancing and driving, so it is kind of like dropping a new single just made from sampling a track we already put out. These versions might also be a hint of what direction our shows will be taking. First one – Last One To Know (club edit) – came out last week and there’s two more to come in this series very soon. We are actually working on a lot of very different projects and the plan is that they will all be coming out as soon as they are finished and we promise that it won’t take so long this time.

The fabulous SO DEEP is out now via Escho and you can witness the haunting new music video from When Saints Go Machine right here.