Claud Mintz picks up the zoom call from their grandparent’s house in the Californian countryside. Their blue and green hair shine bright even through the screen. Claud just released their debut record Super Monster via Saddest Factory – as the first artist signing to Phoebe Bridgers record label. The LP is a collection of utterly personal stories about love, coming of age, and all the emotions that come with that wrapped in instrumentation as vibrant as the artist’s hair color.

Super Monster follows Claud’s EP Sideline Star, its theme being feeling left on the sidelines of society, looking in. “Sometimes Sideline Star seems like a different lifetime to me”, the singer thinks about their growth since the first release. “When we were doing the EP, I was barely used to recording in a studio and used to work on my bedroom floor. I have had a lot of time to learn and to grow since. Also, Sideline Stars was about feeling alone and isolated and left on the sidelines – I do not really feel like that anymore.” 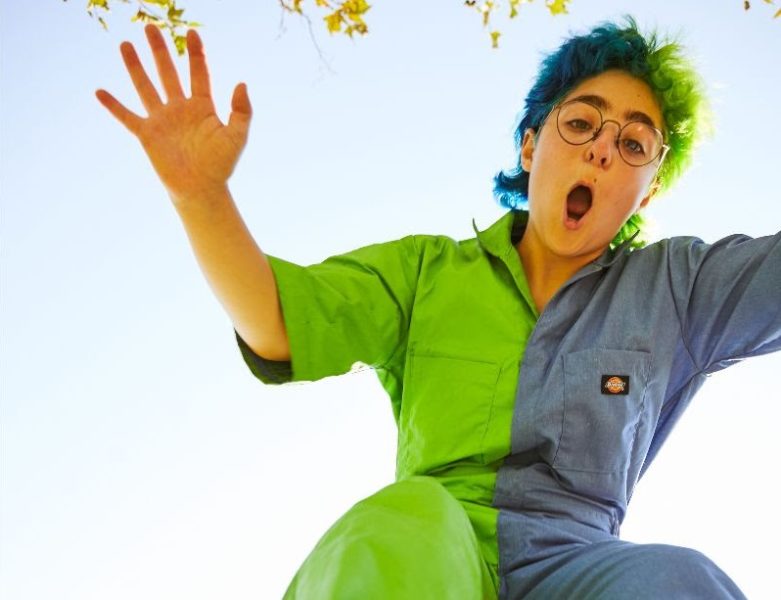 Speaking of recording, Claud went from recording at home to recording in one of the most prestigious studios. Super Monster was mixed at New York City’s Electric Lady Studios, famously founded by Jimi Hendrix. “We were so used to only listening to the music on headphones, so when we finally played it through probably some of the world’s most prolific speakers, it felt wild.”

The air at the studios is full of history, as Claud describes it. “Even the bathrooms are cool. I think I went a hundred times just to walk up and down the hallway. I also wonder who already sat on these toilets before me”, the singer laughs. From bedroom to Electric Lady is quite the leap but stands metaphorical for the path that Claud is on as an artist. The sound Claud wanted to go for was already formed before they entered the studios but the experience did give the album its title.

“We were already for days into recording the album and I was still going back and forth between a few different titles. During that time, I was doing readings in queer theory and about comparing the gender queer experience to typical monster stories like Frankenstein. That is why I really wanted to incorporate the word monster into the title. The manager of the Electric Lady studios, Lee, is also managing Daniel Johnston’s artwork since he passed. A friend of mine showed me his art a few years ago and he has had a sentimental place in my heart since. So Lee comes into the studio on the last day and asks – do you like Daniel? He had found this sketch from 2014 and it just said ‘Claud the Super Monster’ on it.”

It seems like all the pieces came together for Super Monster. Claud checked in with Daniel’s family if they could use to the title but did the artwork themselves. Talented beyond writing music, Claud loves drawing. “Sometimes I sketch out stuff before, but I do really like drawing digitally on Illustrator. Most of the time that is where I start.”

Super Monster is an artwork of its own, from the cover design to the musical arrangement to the radiant emotions on each track. That’s Mr. Bitch to You humorously takes down ignorant and transphobic people. The somehow melancholically upbeat This Town captures the alienation of not feeling at home in the place you are supposed to call home perfectly.

“Most songs start in somebody’s private space,” Claud humbles themselves as I point out the intimacy and personal vibe of their lyrics. Yes, most songs might do, still it is obvious that this singer has a special talent for communicating their personal emotions in a way in which they resonate universally. “For me it is easier to write when I am alone and not around people”, they say.

Producer in the Making

Over the past year, all of us had more time in isolation than expected. But while of course it took and continues to take a toll on all of us, Claud still managed to achieve everything they planned on in 2020 and stayed busy with the album release in the making. “My big plan for 2020 was to spend a couple of months a little more isolated just working on getting the songs perfect, cutting them down, and deciding which one to put onto the album.” That was a resolution the artist made before the pandemic turned the plan into an inevitable reality for everybody.

Still, Claud found some solace over the tough past year. “Since lockdown I have been doing a lot more of my own production. I am not super good at it yet, but I am getting there. It is really fun, I love it”, they grin. With Claud’s creative talent, taking on production should not be too big of a challenge. Aside of picking up the new hobby taking charge of the production of the music, Claud admits to being very bad at routines.

“I get really sad when I have to do the same thing every day. The only thing I stick to, is starting every day with an iced coffee.”

How Claud Got Their First Guitar

Super Monster has been out for just a week now, but of course Claud has already given next projects some thought. “I do want to give the record my full attention and be fully present during this process before I start wander off into the next project. But I would also be lying if I said I have not thought about it”, the singer smirks. With the production soon being in their hand as well, we are excited for the sound the singer will produce next.

Their knack for melodic arrangements and indie pop compositions that are somehow sad and happy at the same time – a painfully beautiful quality many artists of Claud’s generation possess – came to be when they first started playing music. “I started with keyboard, but I really wanted to play the guitar because I saw all the rock stars doing that. At that time, I was doing really bad at school and so my parents told me I could not get a guitar until I get my grades up.” As we can hear now, Claud did achieve that goal with the incentive of their first guitar, but they jokingly admit that after that the grades plummeted again.

For Super Monster all these things came together and Claud dives headfirst into different types of emotions, feeling each of them intensely. This emotional honesty and humanity make the record as touching as it is. It is about the human experience, feelings, and interpersonal connection. Maybe that is why it hits the spot in a pandemic during which we are all deprived of those things. Claud explains that staying in touch with friends over the internet is not that new to them.“The thing about the internet is that a lot of people who had troubles making friends in their hometown always made friends over the internet, so it is not a new thing for me keeping in touch with people online. I have been doing that for so long.”

“I have found my footing in personal life and in artistic life. And I know that there are people who care about what I say.”

Super Monster is out now via Saddest Factory Records. 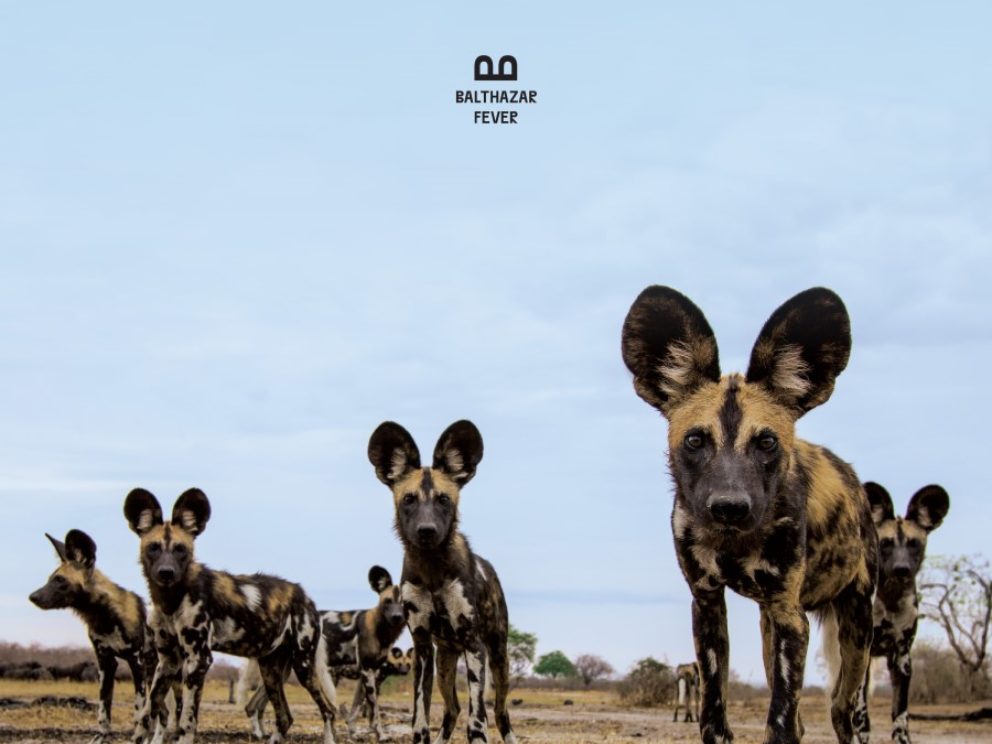