Best friend, flat mate, and fellow musician – I could hardly imagine a better combination. Born out of this setting is the British Alternative Pop duo IDER. The name, they say, does not have a deeper meaning and is a made up word but describes their relationship and their musically identical views. Playing around in London and releasing music on Soundcloud the two quickly got discovered as a talent on the rise.

As the two musicians Megan and Lily share a pretty close and open friendship, I tested their knowledge about each other with a little game of questions.

Megan, what was your first impression of Lily?

‘My first impression of her was very smiley. We met at a music course at our university and were put into the same group by chance. That is how everything started.’

Lily, what is the best advice that Megan has ever given you?

‘The best advice she gave me would probably have been: cool doesn’t exist. If you are trying to be cool, you are not. Get rid of cool!’

‘There are a lot to choose from but I would probably go with Vegemite or Marmite on bread. Both are really intense and salty and a lot of people hate it but we love it!’

Megan, what is Lily’s favorite song on the album and why?

‘It varies. We have listened to it so often in the process of making it. But I would go with ‘SWIM’ because it is a secret dance anthem.’

Megan, what song on the radio drives Lily crazy?

‘Lily usually listens to classical radio when she drives or cooks to get into a meditative state. But she goes crazy when they play proper radio shit pop. There is no song in particular I can think of just the general vibe.’ 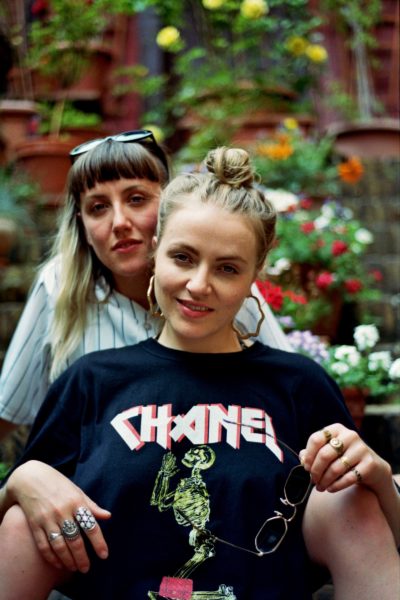 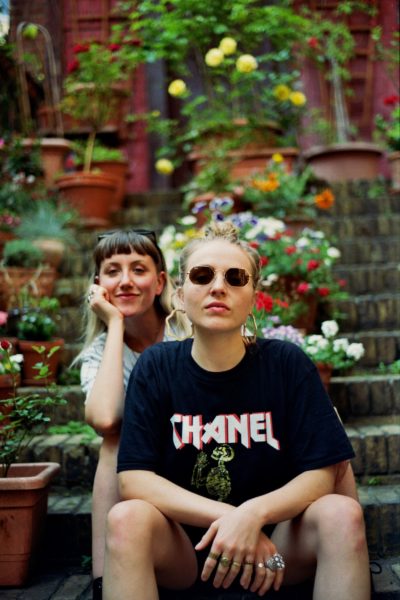 Adding some spice to the Pop ‘meat market’

‘Pop music is such a huge umbrella’, meaning ‘popular music’ in the end it can really be anything. Just like me, IDER also often feel like it has a negative ring to it. ‘I think what has become negative about it is the repetitiveness and the mass production of the same churned out songs’ Lily says. ‘The same lyrics, the same titles, the same word, that drives me mad. What are these artists adding to the music industry? What are they trying to say that is going to make me feel different?’

The pop ‘meat market’ and the over production of music have made it hard to distinguish. What used to be a genre got bent to fit the standardised pattern. The elements in current pop songs often include elements from a lot of genres – which sounds interesting at first but just like when you blend different fruits it goes from being a colorful mix of different ingredients to one sticky, slimy smoothie. Yes, okay I admit that the smoothie sounds delicious but for the sake of the example, let’s call it one bland mix making the individual tasty ingredient disappear in a sea of others.

To resist the drag of worn out pop songs, IDER spice up their tunes with everything but bland experimental sounds. Admittedly, also I when I read the tag pop on their music had my prejudices. In the end I was surprised by the varied music the Duo put out elegantly balancing commercial pop with alternative elements making it their own recipe for alternative pop. ‘I think anyone who has heard our music will know that it is not that kind of over produced pop, it is alternative pop.’ Megan explains ‘We have a lot of different influences we like to explore through our music and this makes it sound like anything but straight down the line mass-produced music.’

‘We have so many choices in this digital age we live in.’ Lily says. ‘Music has become a money making machine spitting out more and more of the content that has proven as profiting.’ ‘Also’, Megan adds, ‘everybody can upload and make music. The streaming services give everybody the chance to be a musician but that only confronts us with more choices of what to listen to. I think a lot of people just resort to the same thing in the face of this over-offering of music.’

This is exactly what good pop music should sound like – varied, spontaneous, and not shallow in any way. IDER break free from the reputation pop has earned throughout the last ten years and not only call their music alternative pop but actually do also provide a great alternative for pop lovers who are bored out of their minds by the repetitiveness.

The illusion of equal opportunity

Being smitten by the sheer amounts of offers of online music is intimidating. I think everybody has felt lost in those worlds before. IDER, who started their career through uploading music to Soundcloud think that the streaming platforms have amazingly positive effects but also some down sides to them.

‘They are great in the way that everybody can upload and share their music. It creates ‘equal opportunity’ for musicians. I say that in quotation marks because, of course, everybody has the opportunity to upload their music, still, actually making a living in the industry only a lucky few can do. We were one of those lucky ones. Because we put out our singles on Soundcloud we are here today. A lot of great bands remain undiscovered just like back in the day.’ 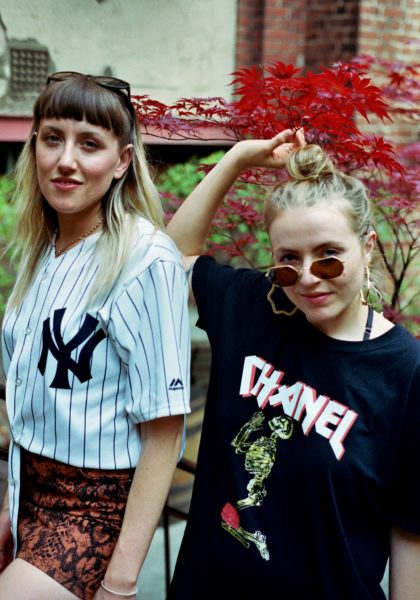 ‘We must be the saddest generation’

For being one of the lucky ones, the track off the new album Saddest Generation is a dramatic and shocking examination of the generation of millennials. ‘One in four, one in four we must be the saddest generation. Is there any hope for us at all? One in four, one in four, where is the emotional education we are all looking for?’ IDER croon on the mellow track. The gentle instrumentation and the emotionally loaded vocals make this one really shoot underneath the skin.

The lyrics are referring to a statistic they read on the percentage of people suffering from mental health problems. ‘I am not sure if it has always been this many and now we are just more vocal about it, which would be a good thing, but the statistic still shocked me’ Megan comments. ‘What the song is touching on, is that we seem to be a doomed and messed up generation. A lot has changed rapidly during the last few years of our lifetime. When we were born there were no phones and now we are literally heading towards AI. But if there is any hope? I don’t know.. hopefully!

As a duo the creative influences are doubled. This can be a blessing or trouble. For IDER it has definitely proven as the first rather than the second. Still, the working process is not always a piece of cake. ‘We usually start writing the songs by ourselves and after a while we bring them to the other one. Sometimes those are already almost finished or just a basic idea. This is great because like that the other one functions like an editor who has a completely different gaze upon the material than you.’

And even though IDER have been making music together for more than six years now, they sometimes are still nervous to show each other their writings. ‘I get nervous when it is a song that I have a lot of emotional value attached to. I just don’t want Lily to not like it.’ Megan chuckles. ‘But that never happens’ adds Lily. ‘If one of us is that involved in a song then there is something about it. Then it is IDER’ 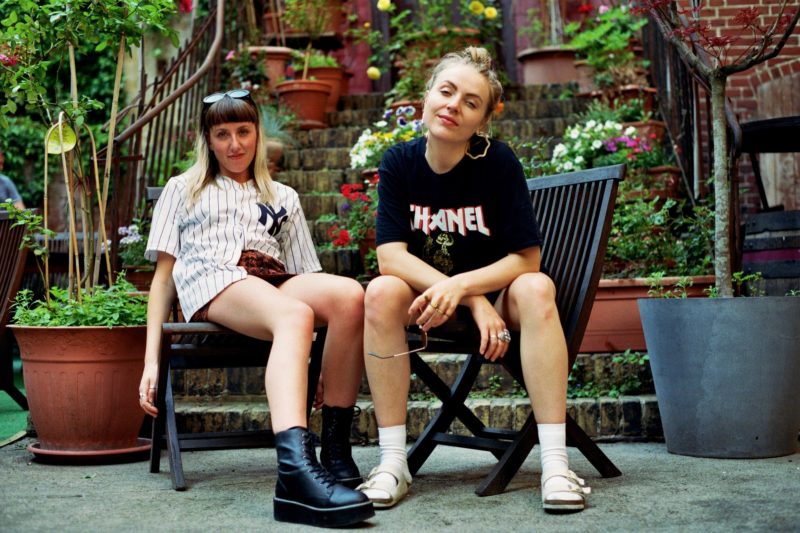 The whole album is an incredibly honest and open account of the friendship of the two musicians. IDER say, the whole writing process and the album was possible because of their strong emotional connection and openness. ‘We have a really close, honest, and raw relationship. It is a safe place and we can talk about anything. This gave us the opportunity to really dig deep into our emotions for the record. And it has allowed it to be as honest and true as it is.’ Through different mediums, emotions, and themes IDER transport their vulnerably laid out feelings in the hope for it to resonate with the listener. ‘It is such a personal record to us, so we hope that because of that it will be universally personal and relatable. We hope it connects people. It is like our emotional education in a way.’