Nothing Is Safe: How Foals Soundtrack The Absurdity Of Modern Life

The death of big festival headliners has been diagnosed for a long time and with an ongoing individualization of musical tastes the moments where many people can agree on one specific band will indeed become less. But what about the death of ‘the band’ in general? As the good ol’ NME recently pointed out a group like Foals is one of the last remaining forces of the British indie wave of the 00s and it somehow feels as if all the other big relevant artists these days appear to be solo artists. Why need to form a band when you can simply produce stuff with your laptop at home? For Yannis Philippakis it’s a fascinating thought when we meet up for a brief talk. ‘When I started I was very determined to be in a band, I wanted to build a musical gang around me,’ he explains. ‘That partly happened for the social aspect but also because I wanted to make music and I couldn’t do it on my own.’ But what if the Foals leading man started today at the age of 14, 15? ‘Maybe I would turn to a computer and would be able to construct it all by myself,’ he says. A thought like that also adds to the impression that there are fewer bands around these days. But all in all that’s just one side of the story that draws a slightly bleak picture of the world we are living in.

The decline of society remains a recurring theme in the music of Foals and things gotten worse in the four years since the band’s fittingly titled 2015 LP What Went Down. Trump, Brexit and accelerated climate change have taken us further towards dystopia and Everything Not Saved But Lost, the band’s upcoming two-parted album project, is directly influenced by that. Part 1 arrives in March, its sequel this fall and for Philippakis the albums are ‘definitely a way of expressing some of the frustrations and anxieties about living today’ as he labels it. According to the band leader it’s the record that most directly came out of its context within their discography.

‘I didn’t have to look so far out of myself for the lyrics as all of the stuff was really on the doorstep. In the past the lyrics have been more abstract or they came from a more introverted and personal place where the aspects of the outside world didn’t had such a pressure on my songwriting.’

The first part of Everything Not Saved Will Be Lost became indeed another colossal Foals release, an epos about the world we live in and the ambivalent chaos we call life these days. It’s pretty heavy but in a different way than on their previous records. There’s not a really hard-rocking one in the style of Inhaler and What Went Down on it but also no quiet piece like Spanish Sahara as well. ‘We wanted to make things more cohesive,’ Philippakis describes the concept behind these new songs. ‘Sometimes in the past the contrast between the heavier songs, the more danceable ones and the quieter ones has been quite extreme,’ he explains and the band didn’t want to repeat that pattern. Repeating things, however, wasn’t an option at all as bassist Walter Gervers left the group for good ahead of the album production, something that was a really sad moment for everyone, especially on a personal level. ‘It’s a bummer if you can’t hang around with your mate every day,’ Yannis tells me. That gang mentality he looked for when he initially started as a musician is still very much alive these days. ‘There’s a loyalty to our friendship where it wouldn’t feel right to spend some time with each other,’ he says. ‘It’s still exciting for us and if we would just end up rehearsing the same old stuff again and again we would probably move on.’ As we speak the rest of the band is already rehearsing for a huge tour and Yannis is truly excited to join them a few days later after the promo cycle ends. 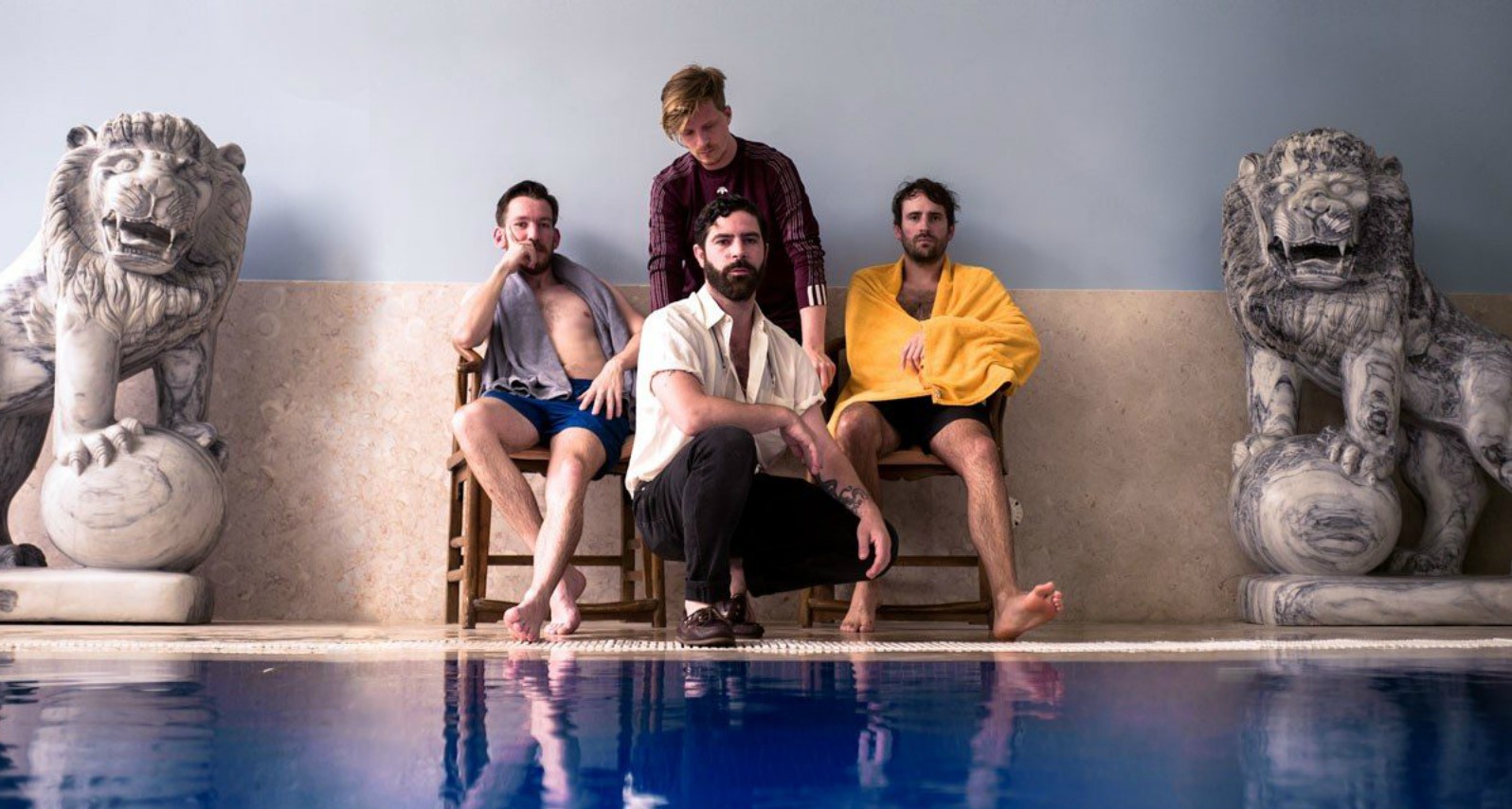 ‘We’re more together online but less in real life’

And maybe that’s the reason why it still works in 2019 after a lot of bands already called it a day or drifted into irrelevance. Yannis Philippakis misses groups like Wild Beasts and The Maccabees (but looks forward to the new Vampire Weekend record) while not trying to focus too much on the past. Now is what matters and Everything Not Saved Will Be Lost is an album about that. ‘More than ever these times force me to make some value out of my life,’ he explains his motivation and the one of his band members. ‘What we do gives us a lot of fulfilment, in terms of art and the meaning behind it.’ And that’s what good art should always do. But what if the crumbling societal structures attacking that form of engagement? As we continue to talk about the ‘death of bands’ and changing paradigms we can’t help but looking at the big picture. Because for Yannis the changing musical environment also is also highly influenced by the decline of scenes and a change of city culture these days.

‘When we grew up in Oxford there were three or four record shops where we just hung around. That formed a loose community and then there’ve been plenty of venues where you could see bands live. And that infrastructure often doesn’t exist anymore. It’s difficult these days as a young band to get a show in Oxford or London or all around the UK. There are no spaces for that but they need to exist to make a difference. It’s part of a wider dismantling of these structures.’

Bands need a whole eco-system to make music whether it’s a rehearsal space or a proper studio. All over England the traditional high street is under threat as he keeps explaining me and I can only confirm that it happens in Germany as well with many shops are closing down and smaller cities itself becoming empty. ‘When I was younger we just hung around on those streets’, he continues. ‘That type of feeling when you were ‘Yeah, let’s go downtown, to the record shop, hang around’ is dying. From a socializing aspect that’s dangerous as we become much more self-reliant on computers. We’re more together online but less together in real life.’ So, for many young artists it’s probably easier and cheaper to sit down and learn how to use Logic and Ableton when the public structures around them decline. ‘To some degrees gentrification kills creativity’, he states. By doing that the people have become much more dislocated. ‘Maybe that’s a lonelier and less fulfilling way of making music, maybe not.’ Yannis is eager to not give a final verdict on that. He lets the music do the talking. ‘I don’t have the answers, my lyrics are just an expression of my own confusion,’ he says with a gentle smile.

Part Two will be even heavier

It’s left to the listeners to make up their minds about the role Everything Not Saved Will Be Lost in all that. The sheer amount of material recorded in sessions without strict deadlines is responsible for the split into two records while the double album itself wasn’t really an option. Thank god, as we both agree. Foals wanted the songs to get equal attention. ‘On part 2 you’ll find some heavier textures and sounds which partly happened due to the way we sequenced part 1,’ he already teases the follow-up. Some of Yannis’ favourite tunes are on part 2 which is mastered as the two of us speak and it partly annoys him that he can’t perform them for the next sixth months. ‘I don’t want to spoil the surprise,’ he says smilingly. But nonetheless you’ll get a great show if you happen to snap a ticket for forthcoming Foals gigs. They are still one of the greatest live bands around and that also has to do with the way they perform. ‘We don’t use backing tracks, each show got its own potential and that’s fascinating,’ he confirms. ‘We got no ‘click’, no digital dictator to tell us how we play.’

Furious and frantic live shows like the ones of Foals can be a relief in these troubled times. Yes, things aren’t looking good. When I asked Yannis at the beginning how fucked we all are on a scale from 1 to 10 he replies ‘We’re maybe 8,5 out of 10’ but later towards the end of our brief chat he risks a more optimistic take on things. ‘I fundamentally have hope in the fact that people are good at their core and that we are incredible communicators,’ he says.

‘We have the potential to transform the world like we did multiple times before. Losing hope would be the wrong approach. We as a species created so many stunning things – language, art, culture. I mean, we’ve been to space! It’s easy to forget how amazing we actually are.’

So, yeah, that’s a different way of seeing things these days. And maybe we can also read the album’s title as a final wake up call. Save everything or else it will be lost forever. Foals will continue to be a steady and ever-changing force in the musical landscape these days, even if we might overcome these dark times eventually. It’s all going to work out in the end, right? ‘We’ll see,’ he says, ‘we will see.’

Everything Not Saved Will Be Lost Part 1 will be released on March 8 via Warner. 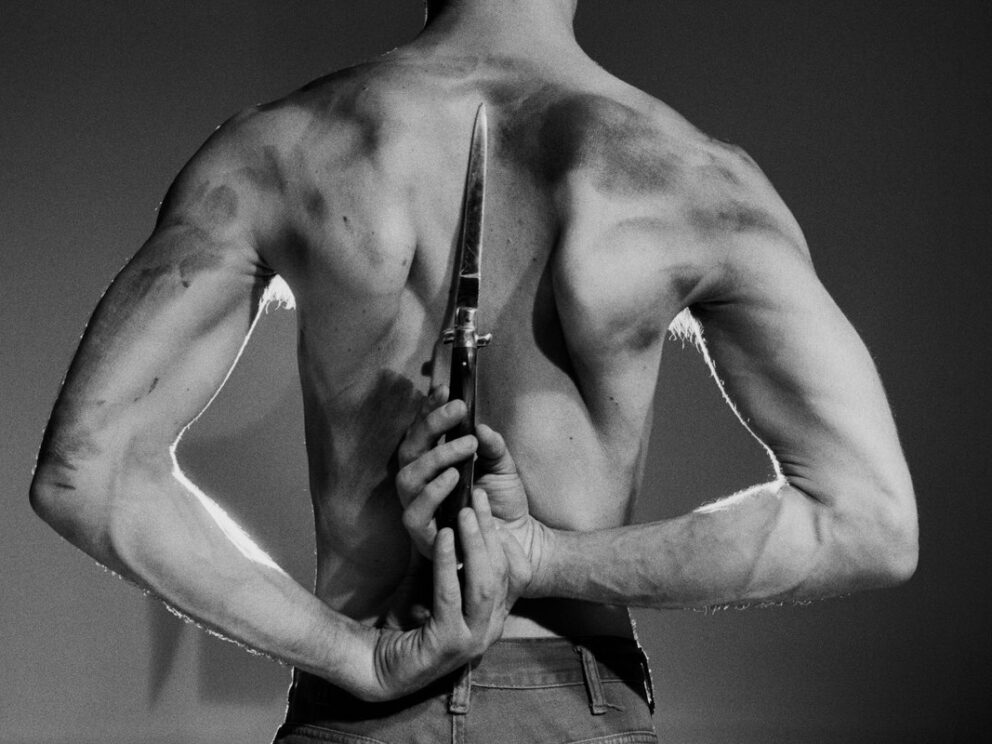