Sometimes when you reflect on life you can’t help but dividing it in certain chapters. Quite often you only realize the end and start of a new chapter in retrospect. One door closes, another one opens and you never know what lies behind it but you take the leap anyway because it simply feels right. And for a band like Kraków Loves Adana this moment right now does indeed feel like the beginning of a new chapter. After following the band since their first album in 2010 it somehow feels as if this next career move feels like the logical step; the place they always needed to end up at. “All of the records we’ve put out so far and the process behind those records have their place and meaning in our creative journey,” explains singer Deniz Çiçek to me. She and her musical partner in crime, Robert Heitmann, just signed to American cult label Italian Do It Better, making them the first German band to join the gang around Johnny Jewel and the home of acclaimed artists like Chromatics, Desire or Tess Roby. 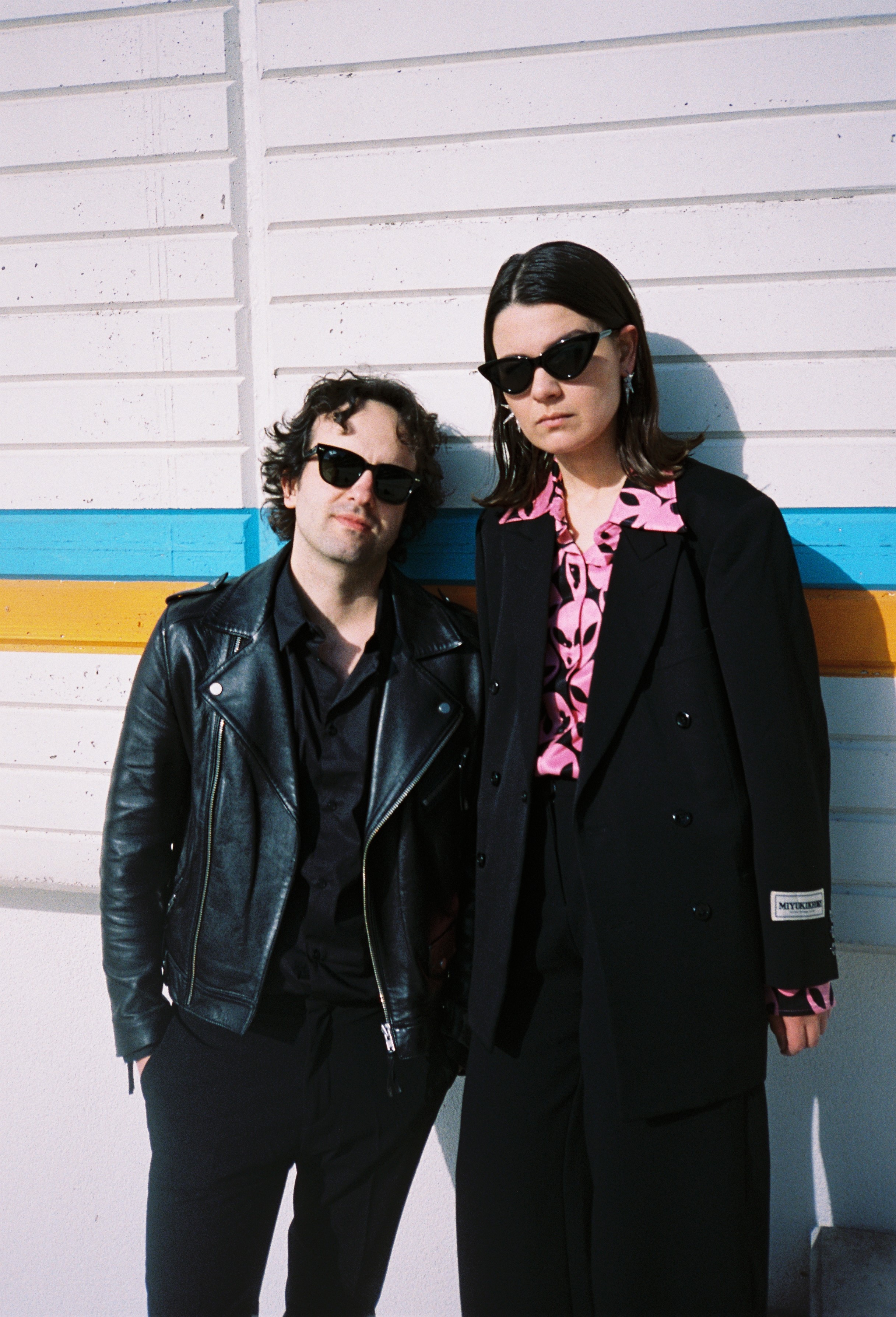 Jewel and his label appear to be quite picky when it comes to the inclusion of new artists to their roster but in the case of Kraków Loves Adana it was way simpler and surprisingly old-fashioned as Deniz explains to me: “We contacted Megan Louise (IDIB Label president and singer in Desire) via mail and send her our demo. She immediately liked it and told us she’d show it to Johnny and get back to us ASAP. It’s crazy thinking about it now, those 48 hours, wondering what Johnny would say and when we’d hear back from them. Of course, just knowing that Johnny Jewel and Megan Louise would take the time to listen to our music was a gift on its own.” When the positive answer came from Johnny and Megan the Hamburg-based duo was quite stoked, to say the least. They kept it a secret for almost a year and now Follow The Voice is the first song to be released as part out of this joint venture.

“It was entirely written on a Microkorg, in one of those sessions where you just try things out without any intent of getting somewhere, so I didn’t take it very seriously. It was just one of many ideas, I had recorded this repetitive synth pattern and this simple beat, but the phrase ‚I follow the voice‘ somehow stuck with me. Finishing it, I realized that this was the main song for everything that was supposed to come afterwards.”

Despite Johnny Jewel’s production you still sense that special melancholic atmosphere in the music which made me fell in love with Kraków Loves Adana in the first place. It’s a haunting wave/pop gem that takes the best of the past and brings it into a new setting. “The main theme of the song is being lost without feeling afraid, trying to make contact with things, other dimensions and people who are currently out of reach, which is sad and beautiful at the same time,” explains Deniz its content to me.

With this new label also comes a new understanding of collaborative work. Deniz and Robert produce the basic tracks and visuals while Johnny and his team do their magic in Los Angeles. It’s one of the many benefits that come with the digital age. Working with Italians Do It Better is more than a funny coincidence here, it’s what these two actually hoped for as the singer says: “Rob and I talked a lot about possible collaborations in the past and we always came to the conclusion that the only people we’d trust with our music are Johnny and IDIB, so it is basically that – 100% trust from our end.” And it works even if there’s an entire ocean between them. “They go to sleep when we wake up and vice versa but at least now we always know what time it is right now in LA,” she says. 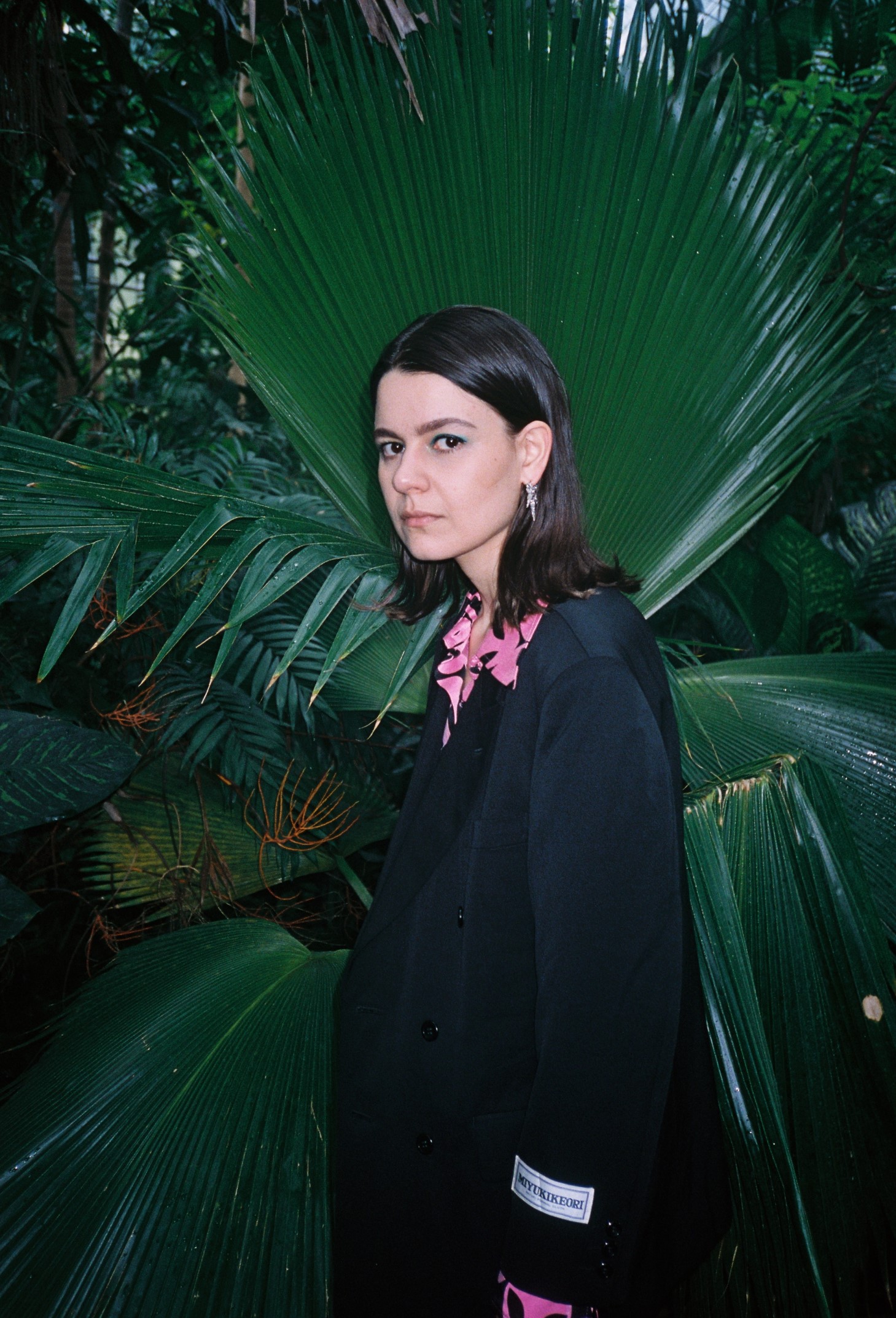 Kraków Loves Adana are not afraid to confess that they’ve been big fans of Jewel’s label in the past. It actually helps to understand why they were somehow always meant to end up here. Like many of us they fell in love with this sound via the cult movie Drive and Desire’s modern classic Under Your Spell. “It is one of those songs you wish you’d written, one that goes straight into the bull’s eye,” explains Deniz. “And no matter how often we listened to it, it still hasn’t lost its magic.” Over the years the ever-growing IDIB catalogue accompanied them us ever since and the singer always felt this special connection to the songs. And come on, who doesn’t love the 2012 Chromatics LP Kill For Love at least a bit?

“Rob and I have a special place in our heart for the obscure, just driving through the night, listening to the songs we love, talking about paranormal encounters and dreaming about the future. Is there any verse that fits this better than ‚When I came to this world, I arrived in a car‘?!”

If you’ve been following the band for a few years this step still might surprise you. When we last spoke to Deniz and talked about the benefits (and the pain) of being a DIY musician in the early 21st century it felt as if the independent way might be the fitting one for them. However, it can be an intense one but the artist definitely wouldn’t miss these moments surrounding their last two albums – 2016’s Call Yourself New and 2017’s Songs After The Blue. She says: “I would even go so far and say that every aspiring artist should do that to a certain degree to understand their own creative process more, to develop a creative independence and some kind of understanding for how this whole thing called music industry works for and around them.” This chapter was necessary for Kraków Loves Adana to understand where they are going and what they really want out of all this. The more electronic character of Songs After The Blue also hinted on the sound of Follow The Voice and what’s about to musically happen in the next months.

Misfits of the world unite

In many ways it feels as if these two Germans found their spiritual home at last in Los Angeles and the cosmos of those misfits around Johnny Jewel. And that is the actual relief that might come from this as Deniz and Rob realized: “We’ve been that independent in the past because it always felt like we didn’t belong. We grew tired of explaining our music to certain people and trying to convince them knowing very well they wouldn’t be interested anyway.” Joining the new label is as surreal as it is inspiring as she explains:

“We don’t belong to a certain scene in Hamburg or Germany, so we tried to be our own scene – it is never wrong to do your own thing and go your own way as an artist – but I came to a certain point in my creative process where I missed the spark and the power of collaboration and having likeminded people around.” 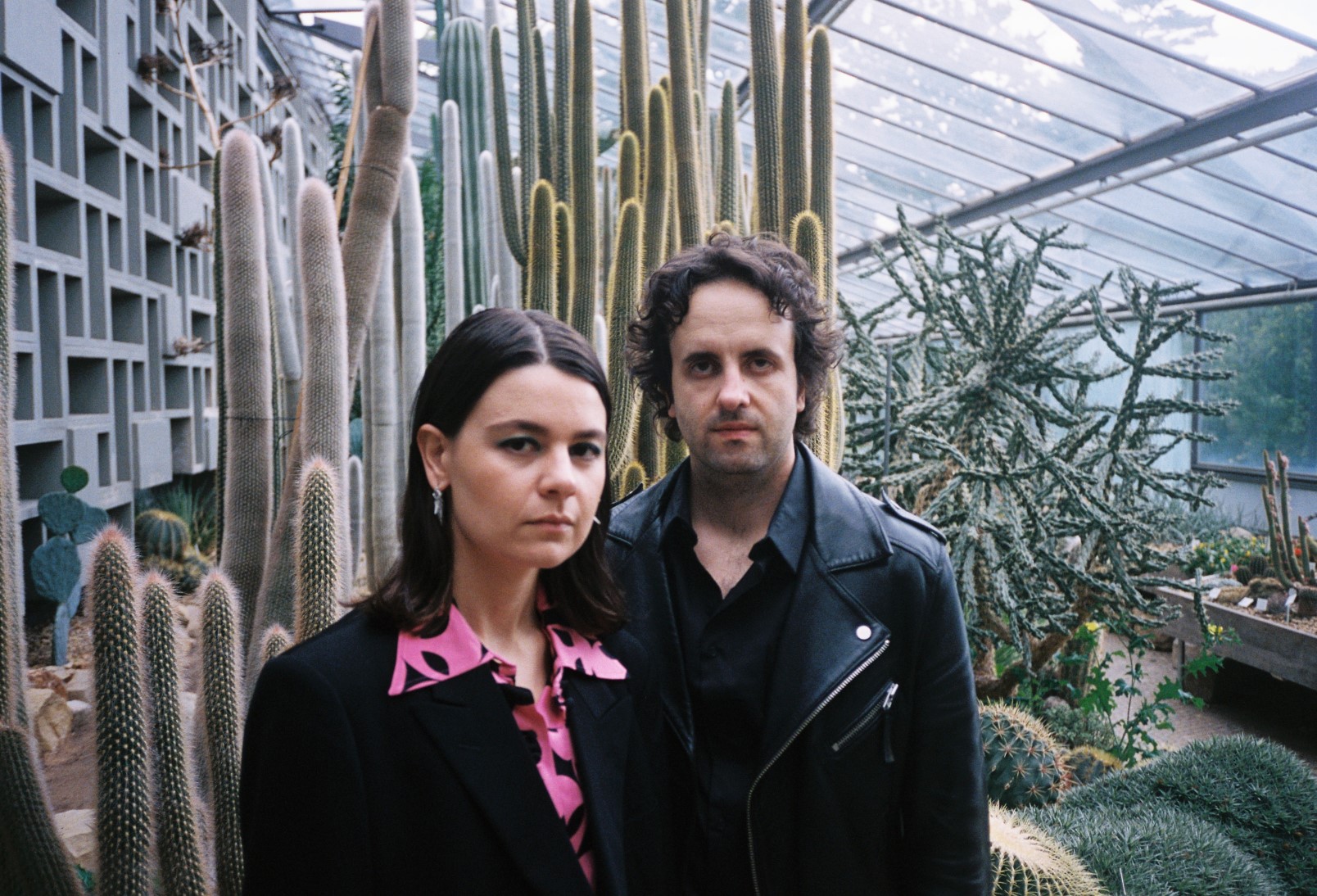 All chapters of the band’s past led to this point and the journey might have been long and exhausting (they even stopped making music for a few years) but it’s ultimately rewarding to see that it can work in the end. The path so far was a big learning process for them as individuals and as a band and it also shaped their confidence. It helped them to develop a creative conscience and they also learned to say no to opportunities that won’t fit the band’s bill. And this is why they still carry on and why their music continues to grow into a sound of their own. This freshly started third chapter is all they could have wished for. “It is exciting and eye opening to work with people whose creativity and aesthetics we appreciate so dearly,” says Deniz. Working behind the scenes over the past twelve months taught them patience, gave them time to reflect on what they’ve done so far but also gave them a boost in creative confidence. “The world is changing so fast and this third chapter so far made us realize how important it is to not rush into things just because it is hard to bear the present moment,” says Deniz. Some things just need a bit more time and maybe the late blooming career of Kraków Loves Adana is a perfect example for that. If you stick to yourself and believe in your art you can achieve your dreams, even if it sometimes takes a few detours and delays. In the case of these two the exciting part of the journey appears to be lying ahead of them. They’re now joining their new label mates Chromatics and Desire on their Europe tour this fall and are also in the midst of planning more shows for 2020. Well, and obviously more music and visuals will arrive in the not so distant future. The future is wide open but I’m pretty sure that these folks will continue to stay restless and follow their instincts because they are the living proof that it can pay out.