Getting Into The Misty Woo Woo: HAIM on Songwriting and Gaining Confidence

Asking about the response to their honest exploration of depression, the band is incredibly grateful for the heartfelt messages they received from their fans, “we worked on the song to help us get through dark times and it’s amazing to share that gift with other people.” Mental health is a topic that, at this point in time, and with the help of the digital age is more widely discussed and out in the open. Though, there is room for discussion about keeping the balance of sharing personal struggles online to build a platform or seek help and demanding attention for self-indulging tendencies, HAIM agree that there is now less stigma attached to the realities we all go through.

One source that can increase the pain of an individual is the constant stream of political, economic, and environmental information, we are bombarded with on a daily basis. I am interested how they, as American citizens, feel about the state of the nation and how it affected their own journey. Alana thinks,”the world is going through a big change. A lot of times, it’s alarming and makes us feel a little less safe. But it also makes me feel like there is a big change coming which is exciting.” Este adds, “I feel like people are coming together and speaking about how they feel. I feel like you connect more with people now and what they are passionate about.” I am an optimist so I can only agree. Hopefully going through turmoil to reach a better place is worth it – be it on a personal or on a societal level.

Closely related to this is the hope the sisters share on growing up and reaching heights as women in the music industry. They have been setting an example as an active rock band calling out inequality for more than ten years.

“For us it’s important to remind women and girls that, even though all this shit happens, we keep moving forward and point out when we are feeling like we are not being treated fairly.”

Every woman has their own epiphany moment where they look back and realise that if they would have been born a man, things could have been different. Expressing the anger, frustration but also joy and fulfilment of being a woman is an innate desire for most female artists and HAIM has been dedicated to not only give form to it through their music but through action. The most prominent example is the scandal followed by firing their agent in 2017 after the trio found out that they have been paid ten times less than male artists contracted by the same agent. 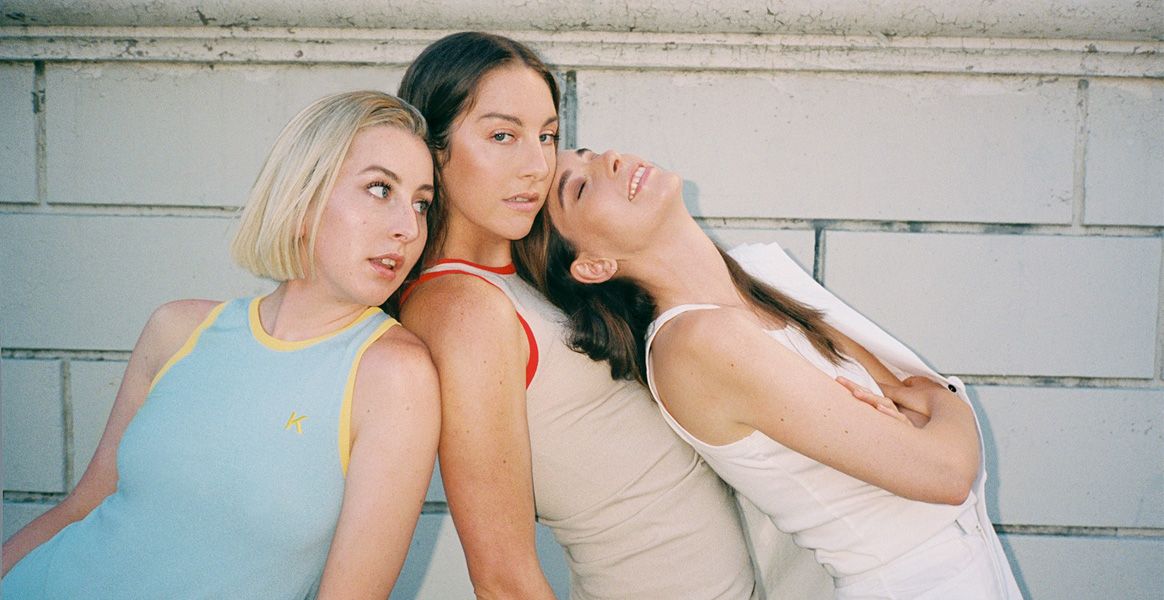 With the decade ending, there is always an element of reminiscing and evaluating the things we have learned and are willing to take with us into the next ten years. Looking back at their first EP Forever (2012) and their first full-length Days Are Gone (2013) putting them on the radar worldwide, the trio compares the process of creating then and now, working at their upcoming third album. Este summarises: “We were talking about it the other day, about how confident we are making music now. I think when we started, we were still green, we had no idea really what we were doing. We were making music without knowing how to get what we were thinking on to tape. Now, at the end of this decade, we feel like we earned those rights and know what to do in the studio. We are really confident and excited to put out music.” They also add that there is no specific date when the new album will be out but dive deeper into their motivation of the current project. And it is as simple as it is beautiful and relatable.

Alana: “It’s really about showing up every day and working at being a songwriter. There are only few times like with this song, ‘Now I’m In It’, where something just pours out of you really quickly but it takes working hard on either writing or producing. It’s a muscle that you need to flex and make room for that creativity to come. A lot of shit gets in the way and it’s also anxiety of – I’m trying to figure this song out. Sometimes it’s like a math problem or a crazy puzzle and I think as artists, you get overwhelmed by the task of finishing a song.”

We are all on the same page regarding this. ‘Showing up for yourself’ can be very challenging in troubling times. Appreciation and pride for and from each of the sisters are swinging through the phone with every word while we are talking about this. It is a unique, though, universal feeling they keep describing. “We get into this trance when we start writing and allow the song writing god or whatever it is, to come through us. This sounds a bit misty woo woo – but we truly think that it’s something that passes through you like a tornado passing through our city. You catch it, harness it, and then wait for it to come back.”

I reassure them that I am all about the ‘misty woo woo’. This experience, as I see it, is part of the intimate space an artist can access. By really connecting with themselves they can open up for the outside world. It can also be a force that emerges between one artist and another. Earlier this year, HAIM joined Charli XCX on Warm, a track released on the English artist’s recent album Charli. Danielle also featured on Vampire Weekend’s Father of the Bride. The LA trio is generally enthusiastic about collaboration. When I ask them if there is a specific person they would like to work with, they mention Jai Paul which makes sense. Since their number one collab, Prince, is no longer in the physical realm, it had to be someone who was elevated for his ‘Prince era sensuality’ by The New York Times. 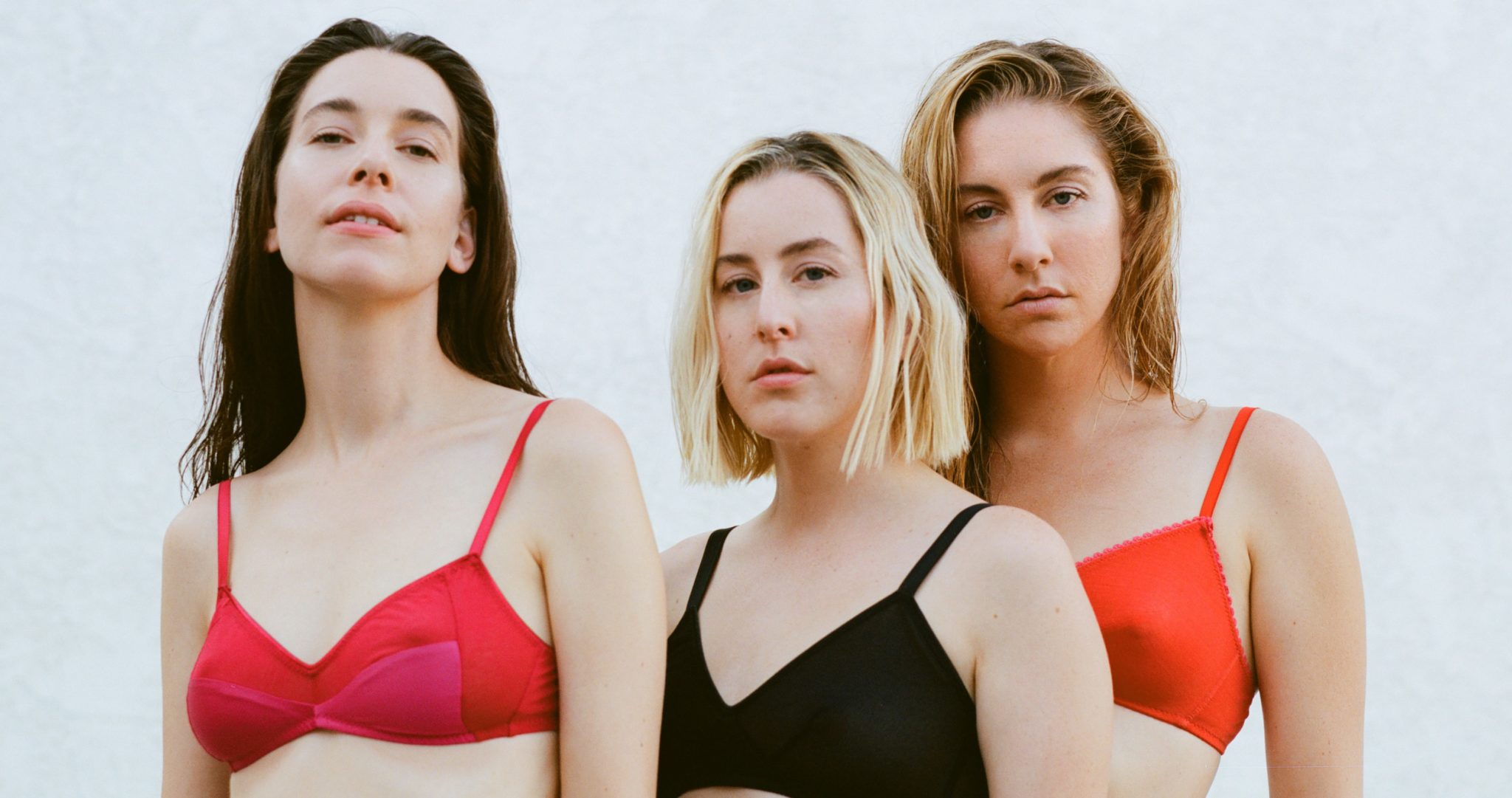 Lastly, I ask who they are recommending to look out for in the coming years. Alana responds “Have you listened to the new (Sandy) Alex G record House of Sugar? I think he is one to look out for.” I go back to this record after the interview and when the third song comes on, I can see why it struck a chord with HAIM. The lyrics of ‘Now I’m In It’ align so beautifully with Southern Sky that I can’t help but share it:

“I count black sheep on my way to sleep

Looking in the mirror again and again

I can’t pick and choose these devils

Wishing the reflection would tell me something different

In my patterned dreams

I, I can’t get a hold of myself

When I wake up I am smiling

I can’t get outta this situation

Now I will not change my mind

Walking in a straight line thinking about last time

I will remember the trouble

This time I said I would do this right”

It took me horribly long to finish this piece. It was recorded a few days before I fell into a black hole myself. Listening to this still happy, still unknowing version of me talking about the ups and downs of life was torturous. Though, in the end also a beautiful reminder that pushing through is the only way forward. A reminder that the right people will stick to your side, whatever has been thrown at you. A reminder even when being lost, you can stumble upon beauty. Thank you, Danielle, Este and Alana! 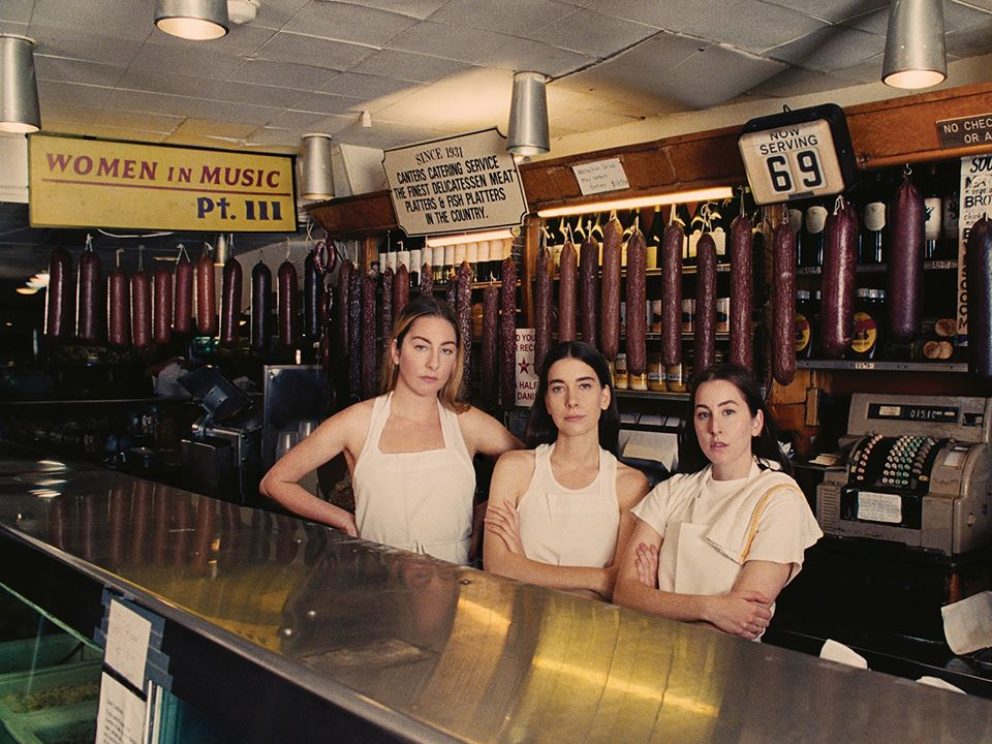