Wearing an orange and black striped shirt and her wild mane of hair in a ponytail, Nilüfer Yanya appears refreshingly down to earth. The tiger pattern of the sweatshirt gives her greenish eyes a certain wild sparkle, even as the petite woman admits to being ‘shy and introverted’. But after a short while Yanya warms up and as she regains her confidence she takes us on a journey through her debut album Miss Universe.

Welcome To Phase One Of ‘WWAY Health’

With robotized voice and elevator jazz playing on the intro, Nilüfer Yanya mimes the annoying pre-recorded call center vibe perfectly. ‘Welcome to WWAY Health’ launches a musical work with an unexpected twist to it. WWAY (We Worry About Your) Health is a program invented by the singer and songwriter and a satirical comment on our excessive self-improvement culture. Constantly having adds pop up in your face, promising you the secret to losing ten pounds in a week or how to learn a language in thirty minutes, are part of most of our modern day lives. Just walking down the street we are confronted with more-than-life-sized ads of young models promoting anti-aging cream or posing with photo-shopped bodies for a new low-fat diet yogurt.

Miss Universe is Nilüfer Yanya’s bold answer to all of those things. She is taking it to the extreme with WWAY Health. The institution promises to not only physical improvement but also a ‘better mind’. Calling the mind ‘the last safe place’ her title single In Your Head tackles issues like paranoia and excessive search for validation. ‘I cannot tell what’s going on in your head’ and it is probably for the best, even though it can be torturous at sometimes. But what was on the artist’s mind when she came up with the concept of WWAY Health?

‘I have been playing with the idea of dystopia for a long time. So many aspects of our daily life are dark and dystopian and try to bend you to their will. Like advertisements pretending to say something, while actually they are saying something else entirely. They are telling you not just what to spend your money on, but how to lead your life, what to feel and what to think. WWAY Health is taking it to the extreme by not only promising bodily improvement, but to improve your mind.’

Like a little bug in the head the WWAY Health interludes keep appearing on the album. This is exactly what the singer wanted to achieve with her work. It is a comment on our relentless exposure to toxic advertisements, poisoning the way we think. A relief from this tension are the musician’s catchy guitar tune, on Paralysed. It bursts into a soaring solo and makes it almost unbelievable that the singer only picked up the instrument when she was twelve. Being the rebel of the family she quit playing the piano because she felt more drawn to the electronic guitar. The luck of growing up in a musical family sparked Nilüfer Yanya’s interest in making music in the first place. With support and creative input like producing songs and directing videos, family still plays a huge role in the singer’s life. And family is also where the musician seeks shelter from stress and anxieties of modern life.

‘Whenever I get too caught up in the crazy world we live in, I like to spend time with my family. I really love that by collaborating with my siblings and uncle I get to spend a lot of time with them even when I am working.’

Strong family ties also served as songwriting inspiration. The single off the new album Angels is based on a portrait of a mother holding her infant. ‘My biggest fear is that I will drop him’ is a line speaking to the all-enduring love and worry parents have for their children. As a youngster the artist had a mentor outside of the family as well. Someone whose name you might recognise. Dave Omuku from The Invisible taught songwriting classes at Yanya’s high school and recognised her talent from the very beginning. We have to thank him for encouraging her to engage further in singing. 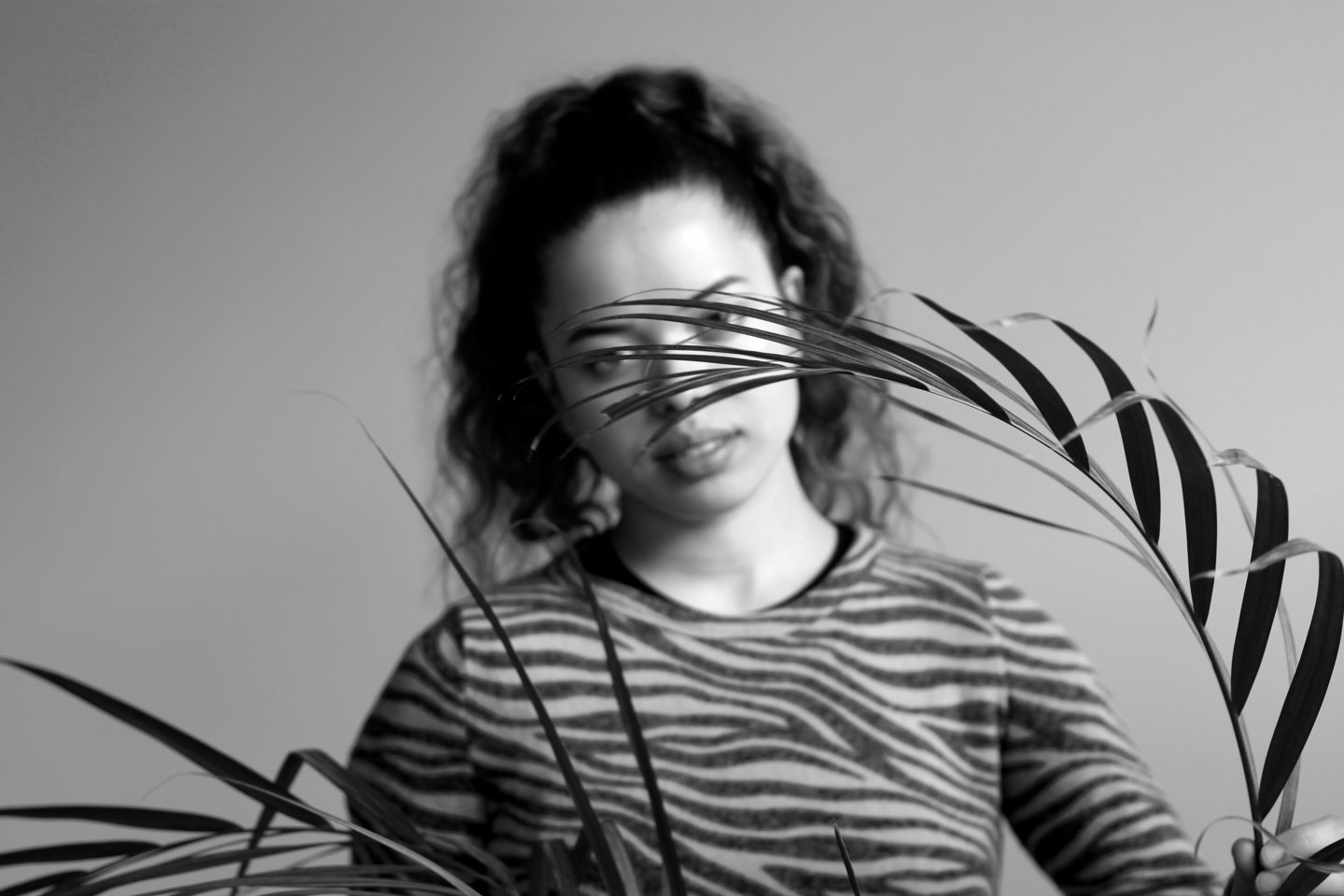 ‘Congratulation you have been chosen to experience paradise, as part of our ‘what will you experience’ give-away. Don’t forget to leave a comment in the comment section on the WWAY Health website’ WWAY Health is interrupting the listening experience one more time. ‘In paradise we pay the prize’ Yanya croons, referring to the twisted illusions of beauty and happiness. Experiencing paradise sounds pretty intriguing and might lure readers into signing up for whatever crazy thing being advertised.

‘I think we have all already signed up to WWAY Health in a way. Less dramatic, but with every time we enter data into the Internet we sell a little piece of ourselves. It is scary. It is the first step to making the mind available to manipulations. I imagine it starting slowly. People are just trying it out, triggered by a free month of subscription, and slowly get more and more into it. We need to be aware of this process that is already going on.‘

The album isn’t just a well-composed piece of music, but music with a message. Raising awareness for the dystopian tendencies we are drifting towards and working against them Nilüfer Yanya founded a program, Artists In Transit, for refugees in Athens. Together with her sister and friends she regularly hosts art workshops to connect with people, whose faith wasn’t as gentle. ‘The art program has moved my personal barriers a lot. We live so far away from the places, where these things are happening. It was eye-opening to get out of this bubble. People assume it is such a negative and depressing experience, when really it is very positive – of course their situation is sad – but it is just about connecting and making friends in the end.’

Breaking down barriers and becoming more open-minded also helped Nilüfer Yanya to embrace the various musical interests she has. Growing up with her father playing Turkish music and her mother being a fan of classical music, the richness of genres on Miss Universe makes perfect sense. Whether is it a catchy pop tune like on ‘Tears’, or a soul-infused mellow single like Melt, Yanya is pulling off any role with laid-back coolness in her voice. ‘I bet your brain cells won’t last’ she gently sings on the track while a saxophone adds jazzy vibes. 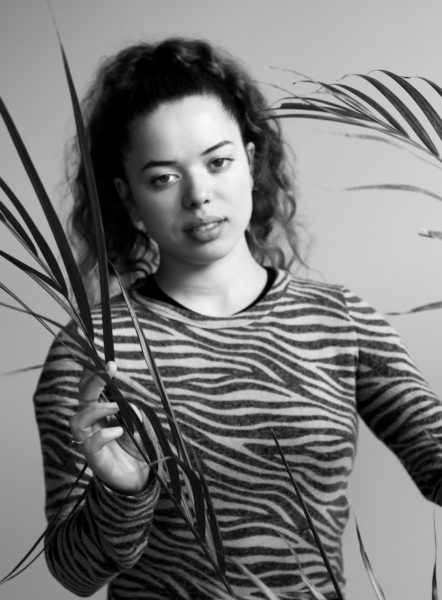 So what happens to WWAY Health? The last interlude on the debut album is a distorted malfunction of the program. With the calming slow jazz in the background the message that crystalizes, ‘please give up’, sounds even harsher. Originally Nilüfer Yanya wanted to call her album ‘Give Up’ but had to drop the idea as the record company deemed it too dark and depressing. She explains that, this failure of the program should not be depressing at all. WWAY Health represents a company trying to sell you from one thing  to another. In the end they leave you with nothing. ‘Because in the end you already have everything you need’ the songwriter comments. ‘We hold on to things with such violence. But sometimes it is okay to give up and to try something else. Having tried already teaches you an important lesson. Some things just aren’t meant to be.’

Of course she also knows that this is not always the case. The path to getting where the singer is now also hasn’t only been a walk in the sunshine either. But we are glad she kept on pushing and didn’t give up on it. ‘There are things that you just would never give up. Those are the only things really worth holding onto’ Nilüfer Yanya says about her passion for music. So, this might be the first album but we will surely hear more from this British talent soon. As for now, the seventeen tracks of Miss Universe are enough food for thought and ears.

Miss Universe is out now via ATO Records.