‘We are just an advanced breed of monkeys on a minor planet of a very average star. But we can understand the universe. That makes us something very special.’

Especially the first part of this quote by late physicist Stephen Hawking never fails to amuse me. In the chaos of modern society it’s helpful and healthy to set yourself in perspective from time to time in order to gain inner calm and a certain relativity to it all. Look how little our daily troubles are compared to the great scheme of the universe. If you take a closer look at the artwork of Singularity, the forthcoming fifth studio album by Jon Hopkins you’ll see this relativity right from the beginning. The epic universe and the small planet earth with its even smaller inhabitants at the bottom of it. ‘Actually, astronomy is not my main interest’, Hopkins tells me. ‘I’m not interested in the technical aspect of space but rather in the spiritual one.’ When we met up for an extended talk in Berlin, Stephen Hawking just passed away, something that somehow affected us all. In a funny coincidence the musician tells me that his dad is an expert on that field and actually worked under Hawking for a brief period in the past. But for him it’s less about mathematical instinct than about the raw and unfiltered emotion. And that’s what Singularity is all about. ‘That new artwork really is a visualization of my thoughts’, he continues to explain.

‘It’s about humanity versus the grand scheme of things. On the picture you see a small settlement, a village and a few lights. If you look closer you can see people going bout their day. But you don’t see it as it is dwarfed by the sky, the stars and the sheer infinity of it all. I find that a very healing way of looking at things: the insignificance of all the things that we are doing. We’re just a tiny, tiny thing that’s happening.’

The avoidance of fame 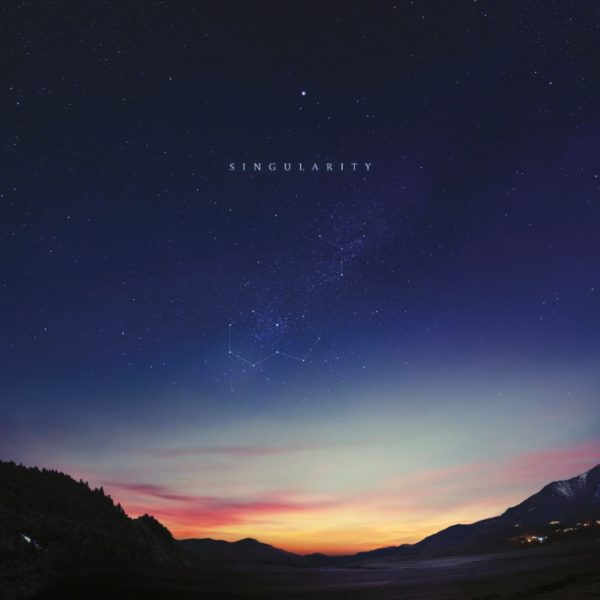 Making yourself smaller and less important then the entirety of it all – in many ways that also describes the artistic credo of Jon Hopkins who managed to fly under the radar for many years before 2013’s Immunity album suddenly put him into the A-league of electronic music producers, resulting in worldwide praise, an extended tour all around the globe and an undeniable shift in popularity, something he still seems to be not comfortable with. ‘The idea of being famous is quite alienating to me,’ he confesses. ‘I want people to hear the music and that’s all. I don’t have an inherent desire to be well known as a person so I don’t like to do that much promo.’ Despite being quite polite and getting more and more loosened over the course of our little chat Hopkins somehow can’t fully shake off the feeling that he would rather be somewhere else right now. ‘I would rather prefer it to only have the music out there,’ he says with a gentle smile. Maybe that’s why he really enjoyed the last two years working on this album. ‘I was left alone and was able to create this record without somebody from the outside interfering,’ he says. In many ways Singularity is most personal album so far, an honest reflection about this sudden rise to fame and an expression of his desire to calm down, something he finds difficult to do for a few years.

‘Physically I went through a number of changes because after years of intense touring I realized that I lost my ability to rest properly. You fly around the globe, mix up time zones and ask your body to provide the biggest amount of adrenaline at unusual stage times like 2 a.m. in the morning. If you do that over months and years you somehow lose your inner rhythm and that ability to shut down.’

Following the release and success of Immunity the producer lost his ability to sleep through the night but unlike other superstar DJs he didn’t fall for the obvious temptations of just continue to party as long as his body allows him to do. ‘A lot of people go for constant overstimulation then but that wasn’t really for me as you quickly burn out,’ he explains: ‘As a counter reaction I started to meditate and got much more serious about it. And by that method you can at least recover a bit of the sleep you lost.’ Hopkins originally started the so-called transcendental mediation for practical reasons but once he did he quickly discovered many practical reasons like increased creativity.

‘Meditation hasn’t changed my sleep so much but had an effect on my general level of happiness and calm’, he explains. ‘I learned the ability to communicate better and to ultimately make better music as well.’ He also adds ‘I think as a species we’re all chronically underslept’ and that is a thought I find highly interesting, especially in the context of this endorphin-driven music Jon Hopkins creates. Immunity first opened his sound to dancefloor-territory and Singularity takes that connection even further. It’s an album of contrasts. It starts quite rough and pumping, delivering the hardest beats Hopkins ever produced but it ultimately silences in the end right to the point where Recovery is a reduced piano-only crescendo to all the chaos that happens before that. ‘The album in some way is a comment on that accelerated society we all live in,’ Hopkins tells me with excitement. ‘It wasn’t a conscious decision but the way it slows down after that pumping start… it’s almost as if it burns itself out following that heavy start and then slowly purifies itself towards the end.’ In many ways the narrative arc of Singularity feels like a reflection of what he’s been through in the past years. It’s the mixture of extremes that fascinates him – the destructive opening versus the meditative ending. And if you are aware of this concept the listening experience truly benefits from it. Tracks like Emerald Rush and Neon Pattern Drum are hands-up techno anthems and partly quite chaotic before Feel First Life suddenly breaks it all down and provides the much needed pause following the sensual overload at the beginning. ‘It represents everything I love about music and also the sort of sound I grew up to.’ 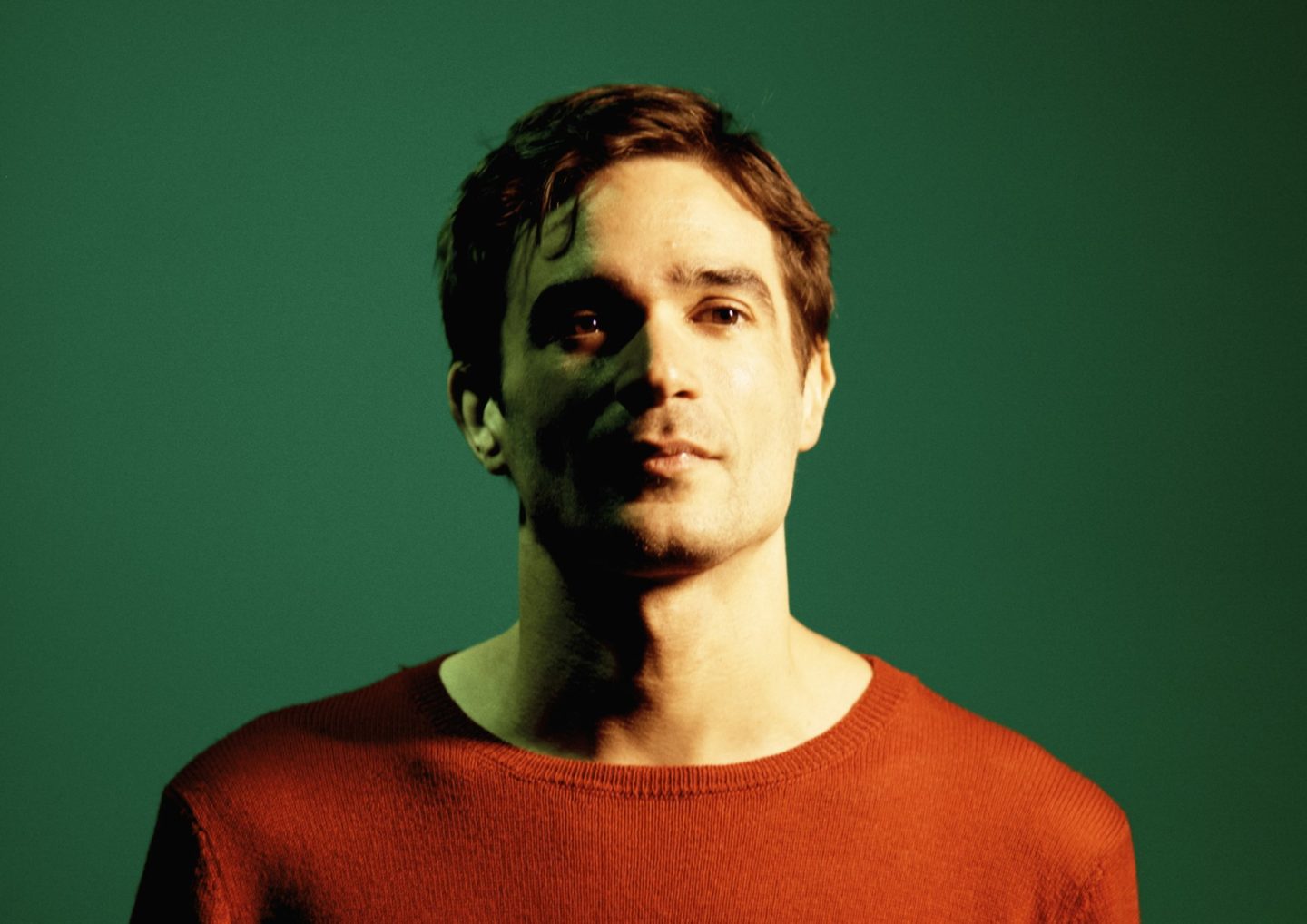 Indeed, Jon Hopkins loves that contradiction. He avoids fame and putting himself in front of his music and sometimes I think if it was a different time (one where you are not dependent on performing live) he might never leave his studio. Despite being praised by many ravers, festival audiences and other producers/ artists he’s keen to mention that he’s not the biggest fan of the entire scene and genre. ‘I almost never listen to dance music at all,’ he confesses. The time when he’s preparing his DJ sets (which he came to love over the past years) is the only time when he actively looks for new techno. ‘Besides that I really like to listen to ambient music and also plenty of folk and singer/songwriter stuff,’ he says. ‘I listen to music that’s generally opposite to the one I’m doing. I love to take inspiration from the techno world but I’m not such an active part in it.’ Partly that’s also because Hopkins wants to avoid pressure from that field because he knows that there might be better ones out there. ‘If I listen to beautifully produced electronic dance music like the one from Clark I would instantly have more pressure on me, thinking: ‘Oh fuck, his beats are way better than mine.” He smiles in confidence when saying that while also making clear that Clark is a good friend of his and also a great inspiration. And in many ways Hopkins‘ take on techno benefits from that distance because there’s a reason why it sounds so unique and not like the stuff you get at Berlin’s Berghain on 4 a.m. in the morning.

‘I like to break with the standardized club track patterns and structures. I want to constantly disrupt the expectations, I want to play with the listener’s brain and come up with chord changers and ideas they didn’t see coming and instead rather let themselves fall into the music. I want to create this feeling of letting go.’

And with his music Hopkins delivers exactly that notion, a feeling of relief and detachment from life’s every day struggle, a moment of catharsis and relief that inspires the audience to set things in perspective. And you can’t do that by releasing a pure dance album as it doesn’t represent all aspects of that meditative notion. ‘Heavy music keeps me buzzing forever, it keeps me draining,’ the Brit confesses and as the sound of Singularity slowly tells his story and slows down in the end you understand why every piece of that record is exactly at the place where it needs to be. Jon Hopkins breaks down the entire theme with a few words: ‘For me, Singularity is the opposite of separation.’  And without specifically aiming for it we’re suddenly back at astronomic territory as the British producer talks about the beginning of the universe: ‘Everything before the big bang was some sort of infinite density; every single atom in the universe was at one place. And as we’re living in a time that feels as if we are more separated from each other than ever it’s a simple yet important message I’d like to spread.’ Stephan Hawking probably never heard the music of Jon Hopkins but I’m pretty sure that its echoes will be heard in whatever galaxy the acclaimed scientist currently restites. He will probably understand and agree with the British artist. Maybe it’s time for all of us to calm down in the eye of the storm. ‘I don’t rush albums, I work on them until I feel they are ready,’ Hopkins says before ultimately adding: ‘Everyone’s accelerating; why should I rush?’ Without using words, Singularity turned out to become both – an analysis of our modern society and recommend action to get our world back on track before it’s too late. If that doesn’t earn it the classification as ‘masterpiece’ I don’t know what else could.

Singularity is out now via Domino Records.