Berlin, end of October; the cold autumn winds are chasing dry leaves through the sparsely crowded streets around the city’s concert and club area, RAW. Tucked into a giant scarf and warm coats, Nelly and Tuva make their way down to meet me in front of the Urban Spree, where they will play in the evening. Coming from Sweden, they are used to the cold weather but seem to be everything but enjoying it. In Gothenburg, where they are from, it gets even colder, Pale Honey tell me. The two musicians are more excited over the warm climate that will expect them on their trip to South East Asia in November, they laugh.

Sweden is not only known for good musical exports, but also for its unique candy and sweet-tooth heavens. So could there be a better occasion to warm our guts with some hearty chocolates and sour gummies from Pale Honey’s home country? We set out to do exactly that. Meanwhile, we found the time to speak about the band’s music and aspirations they have for the future. The latest record – also their sophomore work – was a step forward for the duo. ‘I think we have gotten more open,’ Tuva explains their process to a more versatile sound, that varies from minimalistic to heavy layered and from guitar fingerpicking to synths. ‘It has been a long journey for many of the songs but they had enough time to develop naturally. Giving them time to grow was good. Some things just take time.’

‘That is why as a band’, Nelly adds, ‘ you do not notice the way your music evolves. Of course, when I listen to my favorite bands I can tell how they changed and grew but we do not notice that when we are in our own creative processes.’ Devotion distinguishes itself from the band’s debut work by incorporating more electronic influences. Already its title speaks for the musicians’ lifestyle itself. 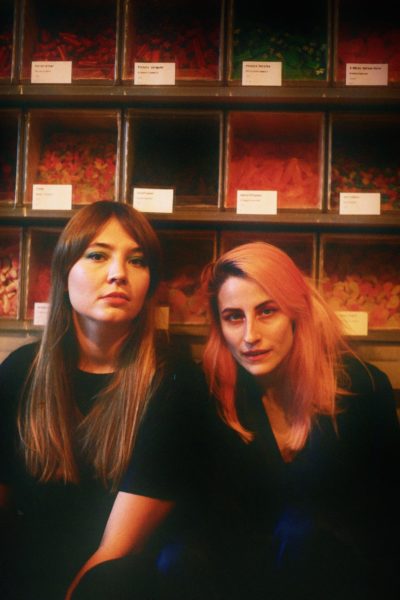 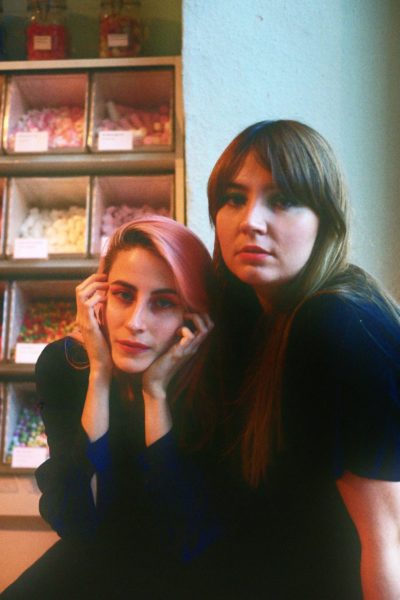 Devotion can mean many different things. You can be devoted to a lover, to your work, to yourself. Everybody expresses their devotion in different ways. There is no right or wrong way. ‘I think calling it ‘Devotion’ was about trying to devote ourselves to the fun part of music making again. It stands for going back to the basics, the reason why we initially started doing it – because it was fun,’ Tuva interprets the title. Nelly agrees, that ‘creating music should be freeing’. But with labels putting pressure onto bands it is easy to lose touch with the passion that once got you started. ‘I think it is very important to keep your creative processes free. I always surround myself with music, whether I am sad or happy. That is also why I put a lot of pressure onto myself to create something good.’

It is hard to define oneself through your work. On the one side, it can be extremely validating. But on the other, it also makes you feel like you are no good, if you don’t deliver good work – or work that lives up to your standards. Nelly, sees herself caught in that limbo. ‘I struggle with finding the loose and fun part in the act of music making. Sometimes it goes from being creative outlets to being merely a job.’ To release some of the pressure, Nelly keeps herself busy with other creative projects she pursues on the side. ‘I need to do things just for myself’, she says. ‘I try to paint or to work with ceramics to do something that is just for me and not outward directed like the band.’ Her aspiration for the next record is to move one step closer to the initial feeling of liberal passion she used to channel into the music.

Meanwhile, as we enter the cozy little candy store in the middle of the bustling district of Friedrichshain, both Nelly and Tuva immediately shoot towards the sour gummies. Those are their favorites. But Nelly’s true guilty pleasures are Cheese Doodles, a brand of Swedish chips, as she reveals before we leave the store. ‘They don’t smell very nice but they taste so good’, she chuckles through the strands of the pink banks playfully framing her face as she grabs a bag off the shelf. 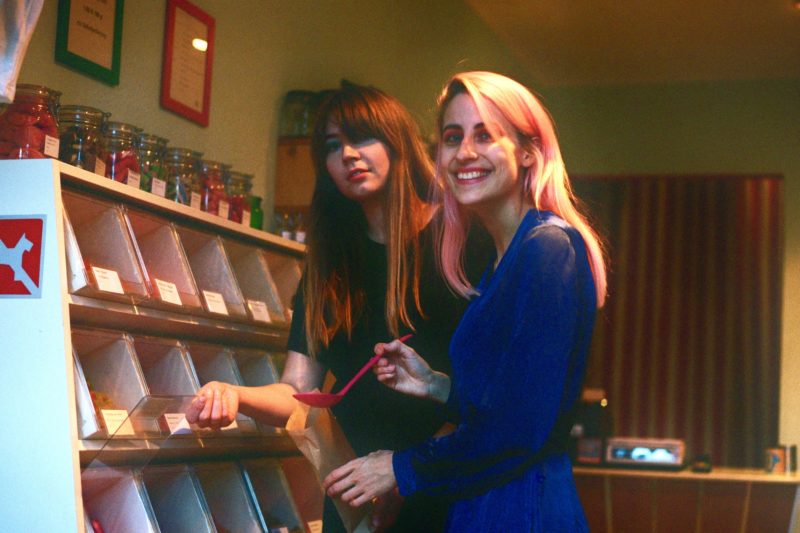 During their many travels, when they are not on tour for a change, Pale Honey get ‘restless’. Completely devoted to making music they feel if they are not making music they are not doing anything. Still, like many artists, they struggle to see the value of their own work. Tuva says, she sometimes catches herself thinking that she is not creative and she has to force herself to acknowledge her music’s worth. ‘Since we met we have been making music together’, Nelly continues. ‘I think that is why it is hard for us to recognize the actual creative art in it. To us it is a very normal and usual thing.’

‘Realizing that maybe we are good at this and that maybe sometimes we should give ourselves a pat on the back for our work, is a hard process.’

To not get lost in the artistic self-doubt the duo keep drawing from other people’s reaction to their music and force themselves to acknowledge the creativeness that lies within them. Using music, as a creative outlet it becomes hard to distinguish were the stuff your release ends and where you begin. ‘What things do I do for myself and what things do I do for the band?’ Nelly asks herself.

Yet, having the band, as a way to pour out their creative instincts is not just a struggle but extremely rewarding. ‘Putting out music you have to learn to let go,’ they laugh. ‘You have to be confident enough to send it out there knowing that you can never change it. That can also be a freeing thing. I often have to remind myself that I can’t change it now and if the audience thinks it is good – it is good. By releasing an album you learn to let things be and to move on.’ That is also why Pale Honey are so excited to finally release the third record they have been working on for a long time now.

‘We do not want to go in any direction with our music. We want to explore all of the directions we can go into.’

Already on Devotion the band leans towards new styles. One of my favorite tracks on the LP is ‘The Heaviest of Storms’ or Devotion part I. ‘In some way part one and two are very similar to one another. We wanted one to be the continuation of the other one,’ the band explains. Yet, the two songs are placed separately on the record giving the attentive ear an insider detail to discover. ‘They are like two pieces of a puzzle that have not found together yet.’ The overall theme of the album were relationships, platonic and romantic ones – Pale Honey tell me while chewing on a worm-shaped gummy, the kind that will stick in your teeth for hours later. ‘The Heaviest of Storms’ is about the scary act of opening up to somebody new.

From Colorful Candy to White Stripes

Devotion for music can be all consuming – it can be for any work. So I asked Pale Honey whether they found the devotion you have for something creative could be the same kind you have for a loved one. ‘A hard question’, they agree. ‘But I think it can be pretty much the same.’ And before we dove deep into philosophizing about love and art, we moved on to a more light-hearted topic; the influences that resonate into the music of Pale Honey.

When you listen to the heavy riff of ‘Someone’s Devotion’, the screeching guitars of Get These Things Out Of My Head, or the throbbing bass-line of ‘Replace Me’ – it is hard not to draw analogies to the rock greats. White Stripes, AC/DC or the Rolling Stones come to mind. Tuva and Nelly laugh when I point out the resemblances. ‘We do not work this into our music intentionally. My sister used to listen to the White Stripes all the time,’ Nelly says. ‘I don’t usually listen to it anymore but we used to play it until my father went crazy.’

‘Those were the bands around us when we started getting into making music. So of course they somehow resonate into our own work’. Bands like AC/DC they listen to in a more ironic than serious way. Come on, who does not enjoy just nodding along to the irresistibly catchy beat of T.N.T.?! To create the heavy sounds that could come from the work of an entire band, Pale Honey count on the invisible third member of the group. ‘Anders is our producer but really is a part of the band now. We always send him our demos and he plays around with them. This gives us new ways to approach the music. But this also poses the question of how far you can go before a demo tape with a musical instrument and voice turns into a full production.’ 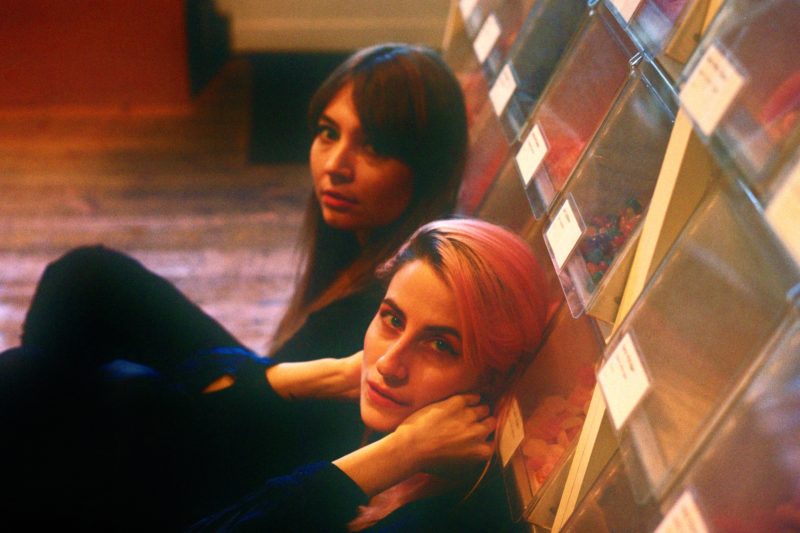 Nelly and Tuva obviously, even to me who has met them once only, share a very strong bond that does not just come from years of working together but from the very intimate friendship they share. At some point they even lived together in their hometown Gothenburg. But in the beginning they did not get on, they tell me. ‘We did not speak at all. We were too cool for each other or too shy to say anything,’ Nelly remembers. ‘Then one summer we started hanging out all the time. I remember the feeling I had was kind of like when you fall in love with someone. The summer was very orange and yellow – happy colors.’

After the breezy afternoon I spent with them, it became clear that Pale Honey are devoted to making music together. But most importantly they are devoted to the friendship they share. And as long as these two do not get sick of each other, the band will continue to create good modern rock music that is more than just a production but creative work that real passion and devotion flowed into. The humble Duo should grant themselves some pride and the occasional pat on the back.

We leave the small Swedish paradise behind with the warmth of the sugar in our bellies and the leftovers of chewy candy stuck in our teeth. 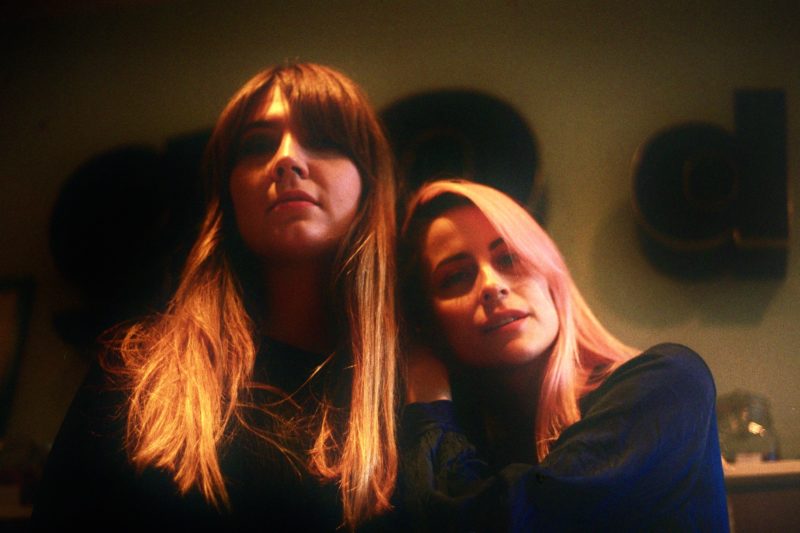