Seven Years From Then: Tiger Lou’s Rasmus Kellerman Is Going Solo Again … For A Bit

As a long lasting fan of Swedish songwriter Rasmus Kellerman I was obviously more than thrilled when the man himself got his band Tiger Lou back together last year to unveil The Wound Dresser, the group’s first proper studio album in eight years. It followed a hiatus that started back in 2009 and lasted four years before the band spontaneously decided to start playing again. The years in-between have been interesting ones for me as a fan but also for Kellerman himself. He moved to Berlin, worked on various projects and released what to this day remains the only solo LP under his real name – an album that goes by the name The 24th.

Released back in 2010 it marked a step back to the Swede’s more reduced roots, back when Tiger Lou first showed up in the scene around 2001/2002. 2008’s A Partial Print LP was quite an intense and partly even heavy-sounding affair that was sensible in every note of the record and The 24th was a possibility ‘to blow of some steam and have fun with a few dear friends of mine’ as Kellerman explains to me in a recent mail exchange. He hasn’t listened to his solo album in ages, probably since its release seven years. But he also tells me that this has always been the case with all of his releases. For NOTHING BUT HOPE AND PASSION Kellerman takes a trip back to the days of making the LP, almost one decade ago in the German capital:

‘I was in a pretty good state I think, albeit weird, living in Berlin and trying to make sense of my life. I think I felt a little lost, unconnected, somewhat in transit, not here or there really. Writing songs about myself really did help. I also tried talk therapy, saw an amazing woman who specializes in helping creative people with procrastination issues, and that was fucking amazing.’

The therapeutic approach towards the album is partly also reflected in a more biographical and intimate approach towards its lyrical content. The uplifting and positive title-track that opens The 24th sees Rasmus Kellerman taking a trip right back to his childhood while the music video also features the songwriter returning to familiar places. It was all about the vibe and as he explains a cohesive LP concept wasn’t as important during that period, especially compared to A Partial Print. ‘It was all about the process,’ he tells, ‘Enjoying the moment and doing things in a very different way than what I was used to.’ From the more grooving songs like Woodlands and By The Chestnut Tree to the tender melancholic moments of Talk Of The Town or Parting Wishes – Kellerman played with all of his artistic facets on this LP. An outstanding favourite of mine and also of Rasmus is Five Years From Now. ‘I love everything about that song’ he explains, ‘It’s a deeply personal song, both lyrically and sonically.’ He also explains that the melody is played on the same grand piano that Martin Gore of Depeche Mode used on the band’s  iconic 1984 ballad Somebody, at the Hansa Studios in Berlin which I personally wasn’t aware of.

However, Rasmus Kellerman remains critical when it comes to the eleven tracks on The 24th.

‘In some songs there is a lot of me, and in others not so much. The latter ones I really don’t care for, then or now. Maybe I should have left them as demos, but then again, it’s a fucking luxury to be able to learn from your mistakes. You close your eyes, move on and hope that the next song, is going to be great!

He also toured behind the album back then and I remember seeing him around 2011 in Berlin, performing on his own in a small club. He did play a few tunes of The 24th, just two old rare Tiger Lou B-Sides and mainly songs I never heard before… and never heard again. ‘In the gap between the album recording and the tour, I just wrote a bunch of songs, so it felt natural to bring them along,’ he explains. What he performs really depends on the kind of period he’s in. And that is obviously about to change on his next tour which finally brings us to the main reason why Mr. Kellerman and me revisited this seven year old album – he’s about to embark on a new small solo tour in December (find the dates below), together with fellow Swedish countryman Kristofer Aström. 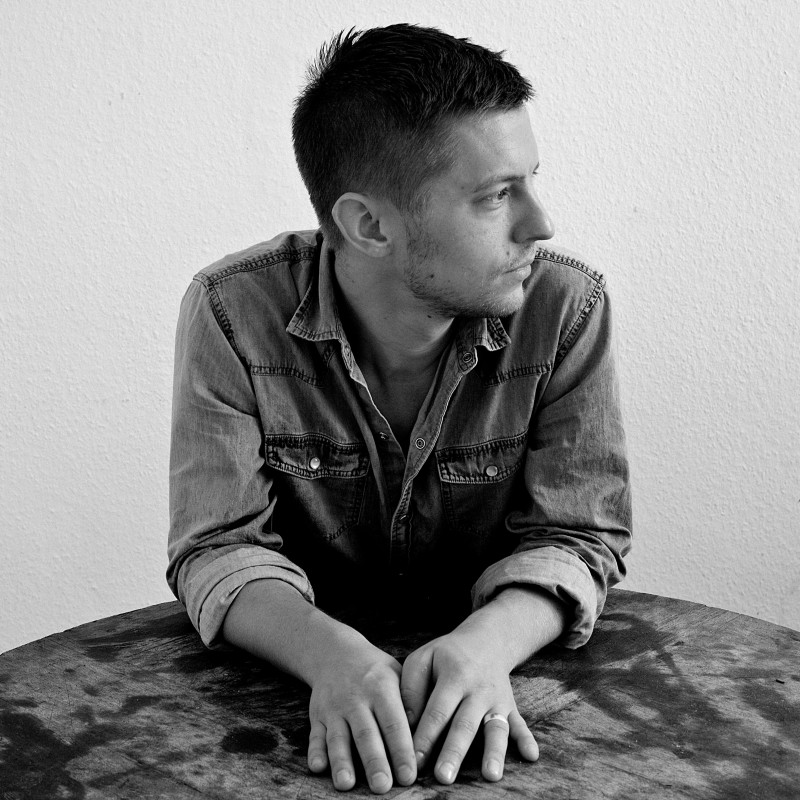 Rasmus Kellerman back in 2010, shot by Hugo Kjellen

‘Me and Kristofer have had the same booker since forever, and the same record label, so it made perfect sense,’ he explains the reason behind the tour. Fans can expect music from all periods of the artist’s back catalogue (maybe even from his Araki alter ego), including future ones. ‘I’m kind of smack in the middle of writing a lot of new music, trying to figure out where to go from The Wound Dresser,’ the musician explains.

‘Doing the Tiger Lou shows was pure bliss, and as we gravitated towards playing a few older and slower tunes, I kind of felt the urge to do some solo stuff again. To hear my voice fill up a room, to re-arrange Tiger Lou songs, play shit from the solo record or the Araki record, to use a loop station, to write and road test new stuff. It all made sense.’

Still, the band is the band and Rasmus Kellerman as a solo artist follows a different approach. That was also the case back in 2010 when there wasn’t any intention to label The 24th as a ‘Back to the roots’-Tiger Lou album. In fact, the band has been a band since their first EP. ‘During our early days, I could play a solo song or two at shows, but that was phased out pretty quick,’ the songwriter confirms. ‘We really meshed as a band, and it felt weird having them leave the stage. The way I wrote also changed, due to the rest of the band. I wanted to challenge both them and me – so slow acoustic jams with two chords went out the window,’ he continues before adding: ‘I saved all of those songs for this upcoming tour.’

So, what can fans expect from his acoustic joint venture with Kristofer Aström? Well, the man himself delivers a pretty on-point answer:

‘A relaxed atmosphere, huge guitar sounds, some new tunes, some super old ones, me looking like I’m about to be 40 fucking years old, a few extremely cool T-shirts, my guitar Smiley, me not talking but singing beautifully… You know, a nice night out.’

For all fan boys like me it looks like a wonderful nostalgic trip and although that feeling always shines through when the music and voice of Rasmus Kellerman show up in my life, this man has always been about what lies beyond his artistic past. ‘The next thing on my agenda, musically, is definitely another Tiger Lou album,’ he confidently confirms. ‘How and when and where, no one knows, but we’ve been talking about doing a proper band album. I’m super, super stoked about it, as we’ve never done one.’ As you can see we shouldn’t hold our breath for his next musical adventure considering how long The Wound Dresser took . Still, I’m pretty sure that we gonna see us talking about new music five years from now as he surely isn’t interested in stopping anytime soon. Thank god and I’ll hopefully see a few of you in the first row of these upcoming quite special shows.

UPDATE 01/12/17: Unfortunately Rasmus Kellerman had to cancel this tour due to personal reasons. He shared the following statement with the cancellation

‘Whatever I try to write come off as trite or self-deprecating, but the fundamental truth is this; 2017 has been a strange year, in the life of Rasmus Kellerman. Perhaps stranger than I would like to admit – especially to myself. Without going into details, let me just state that things have taken such a toll on me, that I have decided to cancel my upcoming tour, at the very last minute. I’m truly sorry about this, and hope I’ll get the chance to come play for y’all sometime, at the turn of the tide.’

All the best to him and I surely hope to see him again soon.