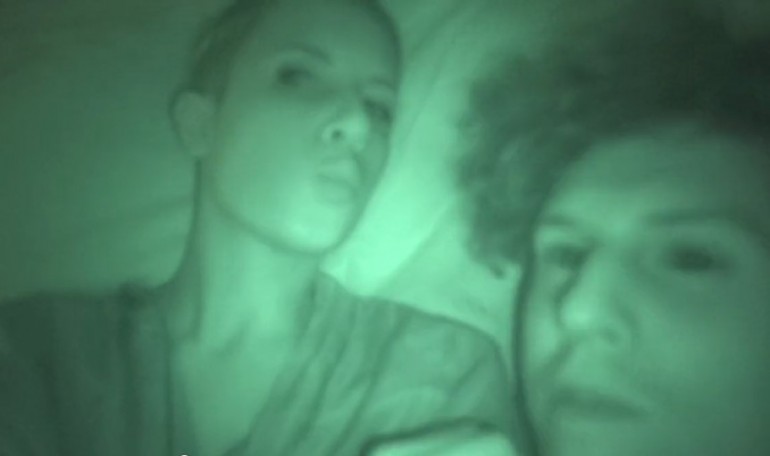 Yes, we should have seen it coming. And still, we all fell for it. You on the other side of the monitor or mobile device and us right here. YACHT‘s sex tape hoax might not have been the biggest story of the year so far but it’s one that painfully demonstrates the problems of our society and the digital world… and it also shows the problems an independent artist is facing these days as well as an independent media (that’s us, folks). But, well, let’s start from the beginning.

On Monday we posted a news story featuring a Facebook post by critically acclaimed American synthpop duo YACHT. In it, Jona Bechtholt and Claire L. Evans explained that ‘due to a series of technological missteps and one morally abject person’ a private sex tape of the two artists found its way into the World Wide Web. They explained the reasons behind its making with the following words

‘The financial pressures that we’ve been under, which de facto extend into our extracurricular lives, created a circumstance in which we felt like we needed a bit of an escape from the day-to-day. So we turned on a camera, became naked, and had sex.’

Technological progress doesn’t automatically result in a societal one

And instantly before anybody could even notice the existence of the infamous YACHT sex tape the band apologized and offered a sort-of fundraiser to buy the tape directly via a freshly launched page by the group in order to have ‘some kind of ownership over what has happened.’

Guess what? It was all a hoax as the band now explains in a statement via their homepage.

‘We created a story that was quickly revealed as fiction by the internet. We expected interest, scepticism, and laughter. We didn’t anticipate the outpouring of genuine support, due partially to the credulity with which this story was so extensively and immediately reported.’

Still, there’s a cruel realization that comes with the whole affair. We are all to blame. And why the band used the campaign to ‘explore the intersection of privacy, media, and celebrity’ the media perspective is a different one. I personally did pick the news topic. Yes, partly because YACHT are a great band and one of the few remaining provocative and adventurous pop groups these days but also because of the content. It’s a sex tape. Sex sells. Sex works great in a headline. And what can I say; Facebook’s pervert algorithm somehow supports this message. This article has been clicked on almost as much as the RADIOHEAD album announcement from Sunday. Do I need to say more? And yet, not nearly as much people clicked the ‘like’ button but they visited NBHAP anyway, somebody maybe for the first time.

So, yes I am to blame but so are you. I mean, you clicked on this one as well, right? And I’m quite aware that voyeurism and sensationalism have been a crucial part of our society ever since its early days. Indeed, it feels as if social media and the current media landscape accelerated that desire. Clicks have become the currency of the digital age. Every freakin’ agency, brand or media partner wants to know how big you are, how many clicks you can generate and that entire staff. I can’t blame them and yes, we got a Mediakit for these things. Buzzfeed built a whole concept around this idea and pretty much every digital media platform – including NOTHING BUT HOPE AND PASSION – is falling for it, at least every now and then. ‘These are the Top 10 Radiohead Remixes’? ‘This gentle folk song will change your life’ or ‘You need to see what DRAKE just said about KANYE’ – it’s all about getting your attention in the social media hurricane.

With a shorter and shorter attention span we’re close to getting headlines like ‘Sex. Click Here’ and ‘Look at those boobs’ on Facebook, I’m afraid. And somehow Facebook’s and Instagram’s brutal algorithm favours the reader’s inner desire. It’s partly due to our nature that the magazines often sacrifice serious attempts of journalism to get your attention. You can make that semi-clever like Vice or Buzzfeed (who still have serious pieces next to all the clickbaiting nonsense) or well… not that clever. I saw a few media outlets who reported about the story who probably never lost a word on the duo’s music before.

Rhetorical question: Did you even make it to this point of the article? Did you search for the YACHT sex tape immediately after the word went out? Will you continue reading NOTHING BUT HOPE AND PASSION after this at all? Even the longer articles or features and not just the quick news pieces? And who’s to blame for this sort of behaviour these days? That’s the key question we got to ask ourselves. Is it our accelerated society and the media overkill? Probably but it also shows the economic pressure all digital media are facing on an every day basis. The whole world wants its digital content for free, I get it. But does that also mean we should all work for free? This is a huge societal problem and YACHT only addressed it indirectly with their publicity stunt as they also want to address a slightly darker aspect as they say:

So, in the end, this is far more than a provocative publicity stunt by a widely unknown independent music duo. It’s a mirror into multiple problems our digital society is facing. And hopefully it invites each and everyone of you – but also us – as part of the media to question our motifs and online behaviour, at least for a brief moment. We can’t make the change over night but we should stop ignoring all of this and question humanity’s nature a bit more. I think we’re ready for this. Thank you for reading so far and thank you, YACHT for picking that bizarre path towards a more reflective society.

UPDATE 11/05/2016: The band now issued a longer apology, stating ‘We take full responsibility for what has happened, and we are truly sorry. We know we’ve broken a bond of trust with many of our fans and friends.’ Looks like the duo realized that the whole thing was a bit too much of everything.