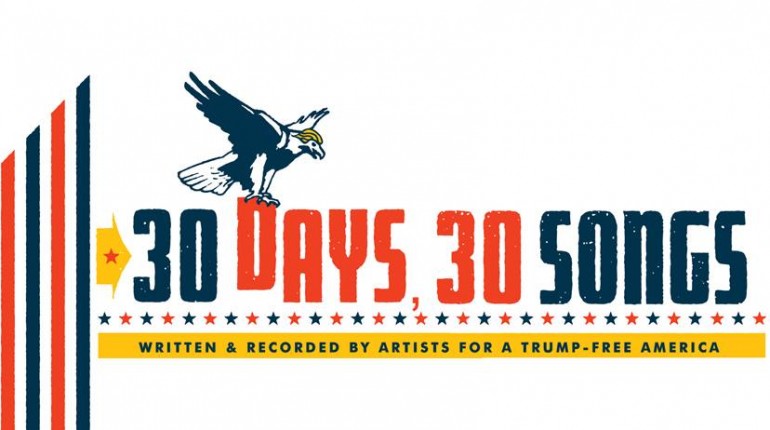 It’s one more month before the USA will decide who will become its next president – Hillary Clinton or Donald Trump. Left aside what you think about Mrs. Clinton but every reasonable person should know by now that Mr. Trump is definitely not an option. And we’re not alone on this, of course. Today sees the launch of 30 Days, 30 Songs a new independent project in support of defeating this year’s Republican presidential nominee, Donald Trump.

The project will feature daily, evolving playlist, including a mix of new material and unheard tracks by many of our greatest independent musical voices, all of whom want a Trump-free America. There’s a full mission statement also which is signed by popular artists like DEATH CAB FOR CUTIE, JIM JAMES and R.E.M. – you can read it right here.

The track that launches the campaign comes from DEATH CAB FOR CUTIE and their leading man Ben Gibbard explains the quite explicit nature of the song in the following statement:

‘Lyrically, ‘Million Dollar Loan’ deals with a particularly tone deaf moment in Donald Trump’s ascent to the Republican nomination. While campaigning in New Hampshire last year, he attempted to cast himself as a self-made man by claiming he built his fortune with just a ‘small loan of a million dollars’ from his father. Not only has this statement been proven to be wildly untrue, he was so flippant about it. It truly disgusted me. Donald Trump has repeatedly demonstrated that he is unworthy of the honor and responsibility of being President of the United States of America, and in no way, shape or form represents what this country truly stands for. He is beneath us.’

Future weeks will feature an incredible lineup of artists. Each song will go up at 9 am Pacific time daily on 30days30songs.com as well as via the  playlist you can find below the music video for the new DEATH CAB  single Million Dollar Loan as well.