Phantom Vibrations: A chat with Nick Harmer of Death Cab for Cutie 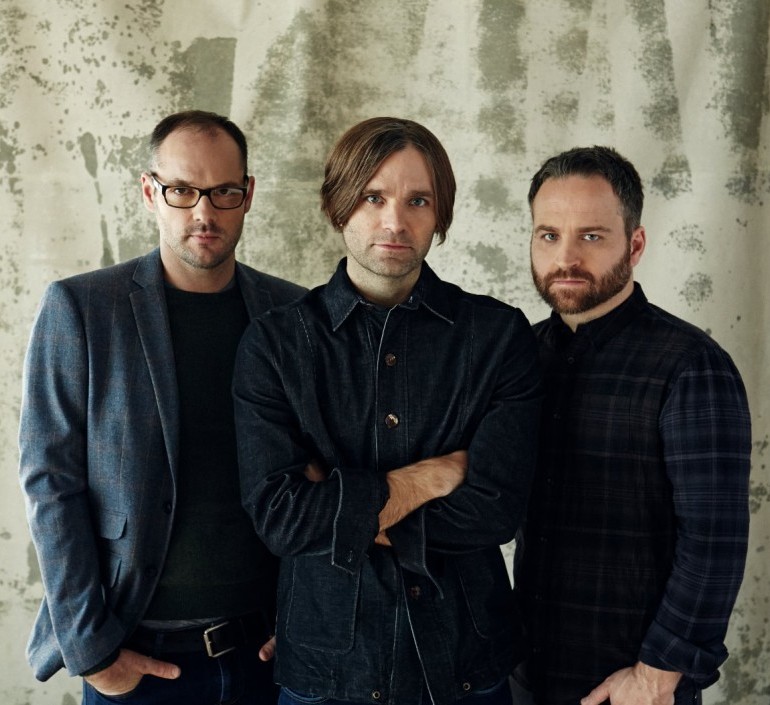 From left to right: Jason McGerr, Ben Gibbard, Nick Harmer (Photo by We Are The Rhoades)

Slow and steady wins the race. This saying applies to American alternative outfit DEATH CAB FOR CUTIE several times. It took some years until the band around Ben Gibbard got the well-earned attention of a wider public, beyond indie insiders. It was their fourth record Transatlanticism (2003) that pointed the way to commercial success.

After their rather average last album Codes and Keys (2011) the four took their time to regain their strength. It was worth it – their latest album Kintsugi is a coherent and strong return to the guitar-infused intensity and emotional divisiveness the fans appreciate. It’s the last DCFC album that was recorded with co-founding guitarist Chris Walla who decided to leave to band to concentrate on other projects. In order to find out about the new band dynamism and the connection between their new songs and modern lifestyle NOTHING BUT HOPE AND PASSION sat down with bassist Nick Harmer.

On stage Chris Walla’s part is taken over by Zac Rae and Dave Depper. Will they become permanent members of the band?
Nick Harmer: Right now we’ve just tried to find people to play live with. We really wanted to make sure that our relationships and friendships grew stronger over touring before they were joining the band permanently. It’s a little too early to tell if everything will be permanent or not, but I’m very hopeful it will be. I really like Zac and Dave, they are great players and nice guys. We already were friends with them before we asked them to start touring with us.

It’s nice that you mention friendship before musical skills and professionalism.
NH: I’ve never doubted that we can find good people to play, it was just about finding personalities that were meaningful to us. That’s the most important thing and often the hardest thing because you can’t practice or study it. It’s just chemistry. We haven’t gotten into the studio yet, so that’s another test. I’m optimistic that it will work out for everyone in the best possible way.

There are several themes coming together on the album. But in many of the songs there is this tension between distance and transience and modern communication and technology. What do you think about internet and social media influencing the way we live?
NH: I think it’s very complicated. There are a lot of good things about modern technology and communication, in some ways it brings people closer together. I’m able to stay in contact with friends and family all over the world easily now, I can see people’s faces and I don’t feel so far away. When it was just pay phones you didn’t have that kind of real connection. Now you can get a sense of someone’s interests creatively and aesthetically that maybe you couldn’t just in writing letters and talking on the phone. But I also know that, when I’m sitting around with a group of friends, we often look at our phones instead of each other. That’s odd. There’s a disconnect and a certain urge for taking photos and making movies.

It’s like we are kids that just found this new toy and everyone is playing with it but we haven’t quite figured out how to integrate it with balance into our lives.

It’s hard to say. Right now I take the bad with the good because I feel like the good is also helpful but I do wish sometimes we could throw it all away and just sit down and talk.

‘There’s a lot of pressure to keep up’

Maybe it’s a good approach to take a step back and think about the attention addiction.
NH: Do you ever get like phantom vibrations? When you think like ‘Oh that must be me’?

It’s even described on wikipedia as phantom vibration syndrome or phantom ringing. Like a disease.
NH: Wow, that’s scary. They should give us medicine for it, like pills to cure the phantom ringing.

Do you feel pressurized to use stuff like Instagram or Twitter to stay ‘visible’ to your fans?
NH: Yeah, the pressure is constant. That’s generally the expectation that you have access to these things in your life. These apps like Instagram, Twitter, Facebook promise you that you will get a chance to get closer to the things that you enjoy. It’s a strange thing for us – when we started the band, the internet was barely started, we didn’t have to think about having a web page and those kinds of things. At our first tour we didn’t even have cell phones. That makes us sound so old, but technology has really moved fast. There’s a lot of pressure to keep up, but it’s also exciting that I can get to know people that way and talk to them directly. 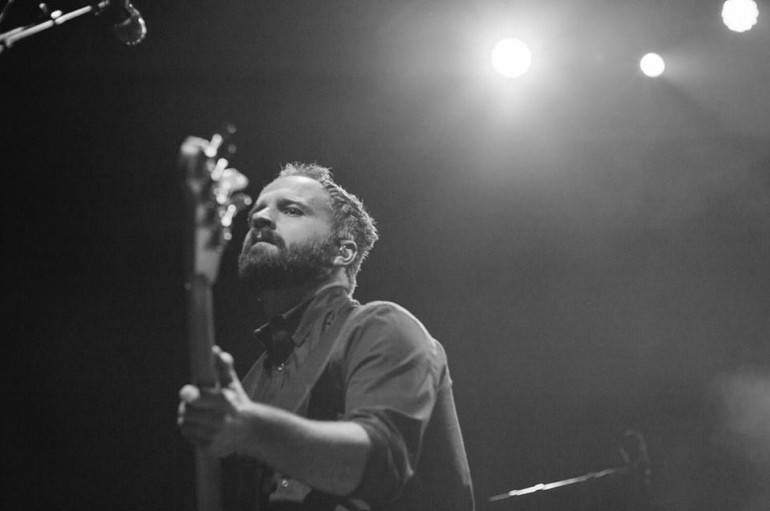 Speaking of pressure – on the new record there is this song ‘Ingénue’ about the transience of female youth and beauty. What gave Ben the idea for the lyrics?
NH: Ben was married to an actress [Zooey Deschanel] and while he was living in Los Angeles, I think, he saw and met a lot of people that are in an industry that is very hard on women and their looks. They are supposed to stay young forever, it’s a shame. I think the song is kind of a critic on that. The chorus is ‘Take all you can from the mouth of men’, like take it all and run away, get away from it before it destroys you.

It’s a pretty vicious industry and it’s not fair.

But everyone has their own interpretation and you have to ask Ben what his intentions are. Over the course of all of the albums that I’ve played on and all of the songs he has written, there’s only a couple of songs that I’ve ever asked Ben what they really mean and where they came from.

You are going to have a little daughter soon. If you could choose one song that gives her hope and one that gives her passion in situations she might lose it, which ones would that be?
NH: That’s a great question – let me think about that… There are so many great songs in the world… man, I don’t know… Because I don’t know if I would pick something old or something new. That’s though. Hang on a second. Something I think that would give her passion… I would probably pick Rid of Me by PJ HARVEY. Anything from her I hope resonates with my daughter to the core, because I love PJ HARVEY so much as a musician.

And then somethings that fills with hope… Man, I don’t know. It could be something upbeat and fun, but at the same time it could also be kind of meditative and thoughtful. I feel very hopeful and get very inspired every time I listen to THE NATIONAL or to sad stuff like ELLIOTT SMITH. Just like Heaven from THE CURE makes me very uplifted and hopeful. I want my daughter to discover good music. So much of the music that I love, I listened to because it wasn’t what my parents listened to. So I kind of want her to hate my music, so she can find the cool shit. [laughs]

That’s tricky.
NH: …Music that fills me with a lot of hope… I would play her basically any record from the band EXPLOSIONS IN THE SKY. Instrumental guitar rock, no singing and just beautiful arrangements and sweeping crescendos. Whenever it’s on, it just makes life feel epic. That would fill her with hope.