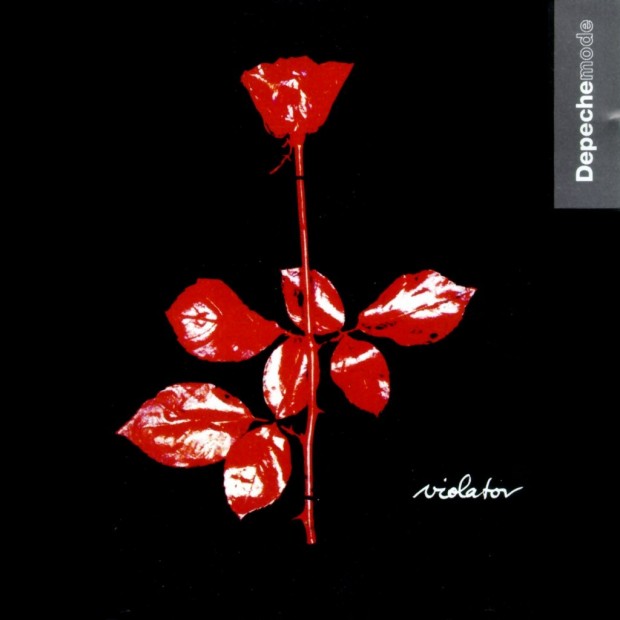 has it really been 25 years? Well, congratulations. You’re looking quite good for your age. But, let’s be honest, there’s a certain timeless aura surrounding you anyway. You worked 25 years ago, ten years ago and I’m pretty sure you’ll be doing good in the year 2030 when the band that recorded you will be in their late 60s. DEPECHE MODE have always been a discussable band. It’s one of those ‘Either you love it or hate it’-situation with the British synthpop band. Most people might never get them at all, others fall for them once and never let go afterwards. Yes, I belong to the second group. And it must have been more or less 25 years to the day when I first fell in love. Actually, it’s been one of my first memories of pop music. I remember seeing a video on our old television. A man, dressed up as king with a red cape and a folding chair, just walking around in the snow. And there was a great song that came along with these images. The man – as I learned years later – was Dave Gahan; the song, of course, Enjoy The Silence. I was about six years old when these iconic images first burned itself forever in the back of my brain. It took me another decade before I discovered you in your entire beauty, Violator. But it was a faithful first encounter anyway.

Over the years I learned that DEPECHE MODE fans are always up for long debates about basically everything surrounding the band. They agree to never agree. Should Alan Wilder come back? Is the new album crap? Why did 2001’s Exciter album happen at all? What the hell is Andy Fletcher actually doing? Plenty of points with even more differentiated opinions. But there’s the lowest common denominator that you, dear Violator, mark the overall best work DEPECHE MODE have ever released. You happened in the midst of the band’s zenith, you were the musical testament of their high times, You have been the matriculation examination for the global career. Before you the four-piece from Basildon slowly but steady played their asses off and already made quite an impact in Europe. But you broke the US market, Violator. You made DEPECHE MODE one of the biggest bands in the world for a limited amount of time. The megalomania of 1993’s Songs Of Faith And Devotion already marked the beginning of the decline. Violator, you happened in-between the smiled-at Basildon boys with a little love for bondage and the drug-caused breakdown and departure of Alan Wilder. You were perfect. Correction. You are still perfect!

DEPECHE MODE started the 90s with a few new ideas. Violator took a different term than the smooth stadium synthpop 1987’s Music For The Masses. With the help of producer Mark ‘Flood’ Ellis the band took a more reduced path. You introduced the guitar to the band’s musical microcosm, teamed sinister synthesizer sounds up with blues influences and slices of the techno movement that was slowly reaching the mainstream in the late 80s. Releasing a blues-rocking piece like Personal Jesus as a first single surely was a shock but a wise choice as it opened the world of DEPECHE MODE to a whole new audience. The second single in advance, the almighty Enjoy The Silence, did the same but with a way more radio-friendly way. I mean, like mentioned before: you suddenly had the six-year-olds on your side as well. It was a bit ‘right time, right moment’ but your music clearly helped to achieve this.

And what wonderful music you contain, dear Violator. From the cold technoid groove of World In My Eyes to the dramatic darkness of Halo. Waiting For The Night to fall is an outstanding lecture in sweet and sinister synthpop. What you achieve in these 6 minutes can’t be valued enough. Creating a hypnotic undertow with such little instrumentation isn’t easy. Martin Gore’s words on top of it, perfectly teaming up with Gahan’s voice. ‘To my surprise with half-closed eyes things looked even better than when they were opened.’ I can hardly thing of any better love song dedicated to the solitude of the night than this piece. Blue Dress and its tempting sensuality hint in the same direction. It’s one of Gore’s strongest ‘sexual’ moments in DEPECHE MODE‘s career.

Violator, I still can’t get over the fact that you end after ‘only’ nine songs. But any other song might have corrupted the sweetest perfection of you, right? Although I should also mention the B-sides Dangerous and Sea Of Sin from that era. You are ending on a high note. With Clean and Dave Gahan stating ‘I’ve changed my routine, now I’m clean.’ Gore didn’t know the foreshadowing irony of his words back then. It took Gahan six more years to really become clean as these days just marked the start of his heroin addiction. In the meantime DEPECHE MODE almost collapsed and Gahan almost died. But nobody saw that coming back in March 1990. Violator, you were the sound of every little piece in the career of DEPECHE MODE finally lining up to a perfect picture. You taught me not to be afraid of the darkness. I cried with you, I sang with you, I made love to a girl with you playing in the background, I listened to you during the day and in the depths of the night. You are a testament of a great coherent pop album and I love you for that and many other reasons. Now and in 25 years. Any other words are indeed very unnecessary.