In case you’ve already read all the recommended music books or just don’t want to read, there are plenty of films and series about music as well and the range they cover is equally broad. Is anyone else missing music television right now? Anyway, here are six thought-provoking tips for these inevitable days of isolation. Get your favourite snack and watch!

The ten heart-breaking as well as heart-warming episodes of this AOL Originals series document the experiences of Laura Jane Grace, best known for her work with Against Me!, as well as other trans people. From growing up, to coming out, and to acceptance, they describe their respective transitioning processes. If you’re interested in a closer look, Grace’s book Tranny: Confessions of Punk Rock’s Most Infamous Anarchist Sellout is highly recommended. Listening to stories like these highlights the shocking prevalence of harmful anti-trans rhetoric, even within feminist organisations.

Based on his autobiography, this tragicomic biopic deals with the life of John Callahan, a cartoonist, artist, and musician from Portland, Oregon. Callahan was sexually abused as a child, became an alcoholic, and after drunk driving with a friend at age 21, quadriplegic. He then turned to darkly humorous cartoons: “My only compass for whether I’ve gone too far is the reaction I get from people in wheelchairs, or with hooks for hands. Like me, they are fed up with people who presume to speak for the disabled. All the pity and the patronizing. That’s what is truly detestable.”  The film stars many musicians (e. g. Beth Ditto, Carrie Brownstein, Kim Gordon) and I think there needs to be a lot more space and visibility for disabled people and no ableism in the music industry, culture, and everywhere else.

► You can stream the film here: Prime Video

This intimate documentary from 2018 gives an insight into musician Kate Nash‘s life and career and serves as an example for the struggles of many artists who want to make a living while remaining independent (and thus reminded me of ‘outsider musicians’ and the also recommended films Frank and Lawrence of Belgravia). It also shows that the music business is still not as diverse and inclusive as it should be. Let’s fast-forward to today: The ongoing pandemic and its consequences further intensify problems and they particularly make the ignorance of companies like Spotify towards artists hard to bear. So, Nash and many more musicians got involved with #BrokenRecord, a campaign calling for urgent changes within the music industry. Now may be a good time to reconsider, rearrange, and remove outdated systems.

► Start by watching the film here: Vimeo + In the UK on BBC Three

This docudrama illuminates the story of Pragaash, a short-lived band formed in Kashmir by then teenagers Noma Nazir, Farah Deeba and Aneeqa Khalid. The three girls participated in a band contest and started building a following. But it wasn’t long until they got threats of violence and the regional Muslim authority, Grand Mufti Muhammad Bashiruddin, issued a fatwa. In this religious ruling, he describes the band’s music as “un-Islamic”. Pragaash became international news but decided to break up the band. It’s a sad story but it’s full of inspirational people tackling important issues like women’s rights, freedom of expression, and artistic freedom.

Like PJ Harvey‘s outstanding album Let England Shake from 2011, Seamus Murphy’s videos revolve around England, war, and death. And like Harvey, Seamus chose an intuitive and meandering approach. The result provides a road journey across England and allows a rare glimpse behind the scenes. A questioning and political document that – while watching it again – made me think of Harvey‘s (and many more artists’) support of the BDS movement, something I’m completely against. If they are opposing yours, political statements and actions from people whose work you like can dim or even end your enjoyment. But sometimes there might also be potential for research and debate.

► You can watch this series of short films here: Homepage Seamus Murphy

This sprawling collage including songs, concert footage, interviews, poems and photographs from 2008 lets you dive into the world of legendary artist Patti Smith. Photographer Steven Sebring accompanied her for more than 10 years and portrays her as a multi-faceted person, not just as a singer. A few years later, Smith started publishing her phenomenal memoirs which are further examples of her wide-spread talents, inspirations, and interests. I especially enjoyed this pushing of boundaries and still remember reflective quotes like, “Life is an adventure of our own design intersected by fate and a series of lucky and unlucky accidents” as well as funny ones like “How does it feel to be a rock icon? When they say that, I always think of Mount Rushmore”. I couldn’t get hold of the film anymore but watch it if you find it! 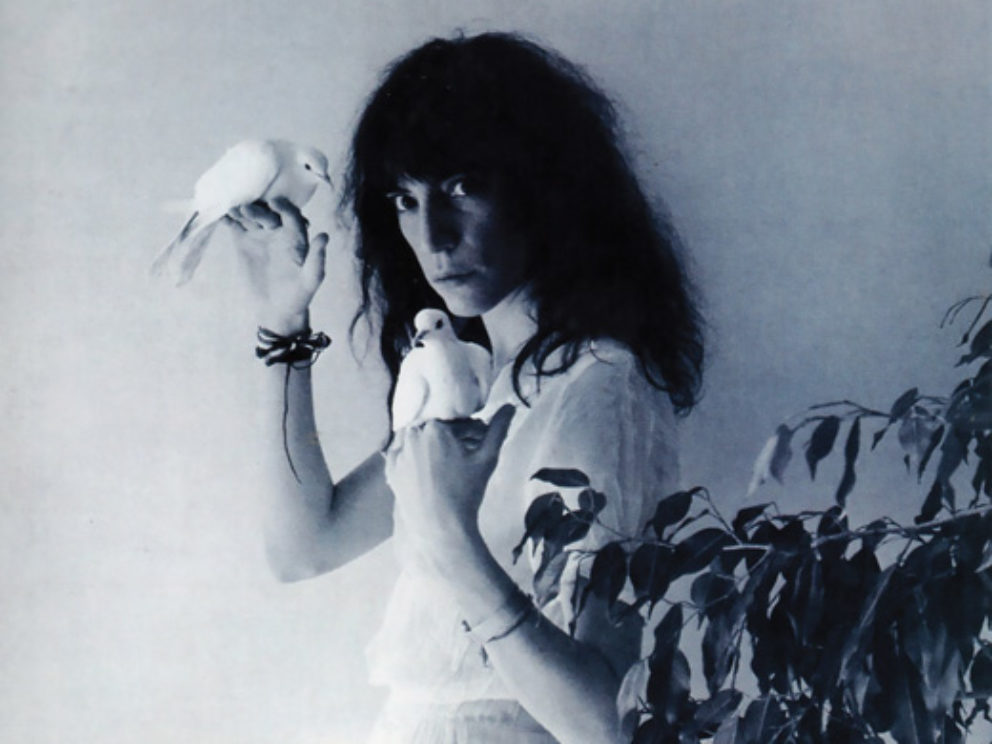