The Potential of Noise: Catching up with METZ

Most of us know that blissful feeling of getting out into the cold air after a hot, loud and sweaty concert and hearing the silence. A silence unheard for the last two hours, while being exposed to guitar feedbacks and crashing cymbals that crept right into the ear and left a remaining mark for the way home. And even at night, while lying in bed and trying to sleep, the silence is still there, revealing itself in a constant high-pitched beep. A reminder of the moments, where you could let yourself fall into the sounds, the energy and the emotion emerging from the stage, transported through sound, through noise.

Bands like A Place To Bury Strangers , Protomartyr, Shame , Preoccupations or METZ all share a common feature in their soundscape. A shift away from pure harmonic structures to a sound with a bigger focus on reaching a certain state of mind. Lou Reed‘s Metal Machine Music from 1975 was one of the early records that abandoned characteristics like melody, harmony and rhythm and focused on creating distorted sounds, with an effect that went beyond the pure listening pleasure – for the audience as well as for the musicians. A guitar wasn’t meant to sound anything like a guitar any more. Even though there might not be many people that made it all the way through the record (admittingly that is not an easy listening one), it had an impact and people started creating noise music independently from each other around the globe. Merzbow is one of the last remaining acts from a scene that emerged in Japan at the end of the 1970th, based on Free-Jazz improvisations and early electronic music. In the mid-80th in the UK a subgenre labeled as shoegaze (relating to the seemingly shy guitarists always looking down on their shoes, while in fact they most likely were focused on their pedal boards – but you probably already knew that) widened the range of possibilities with bands like My Bloody Valentine or The Jesus And Mary Chain emerging. The by then already established industrial sound played with similar aesthetic characteristics: Sounds created to push the limits and challenge listening habits on the edge of pain. 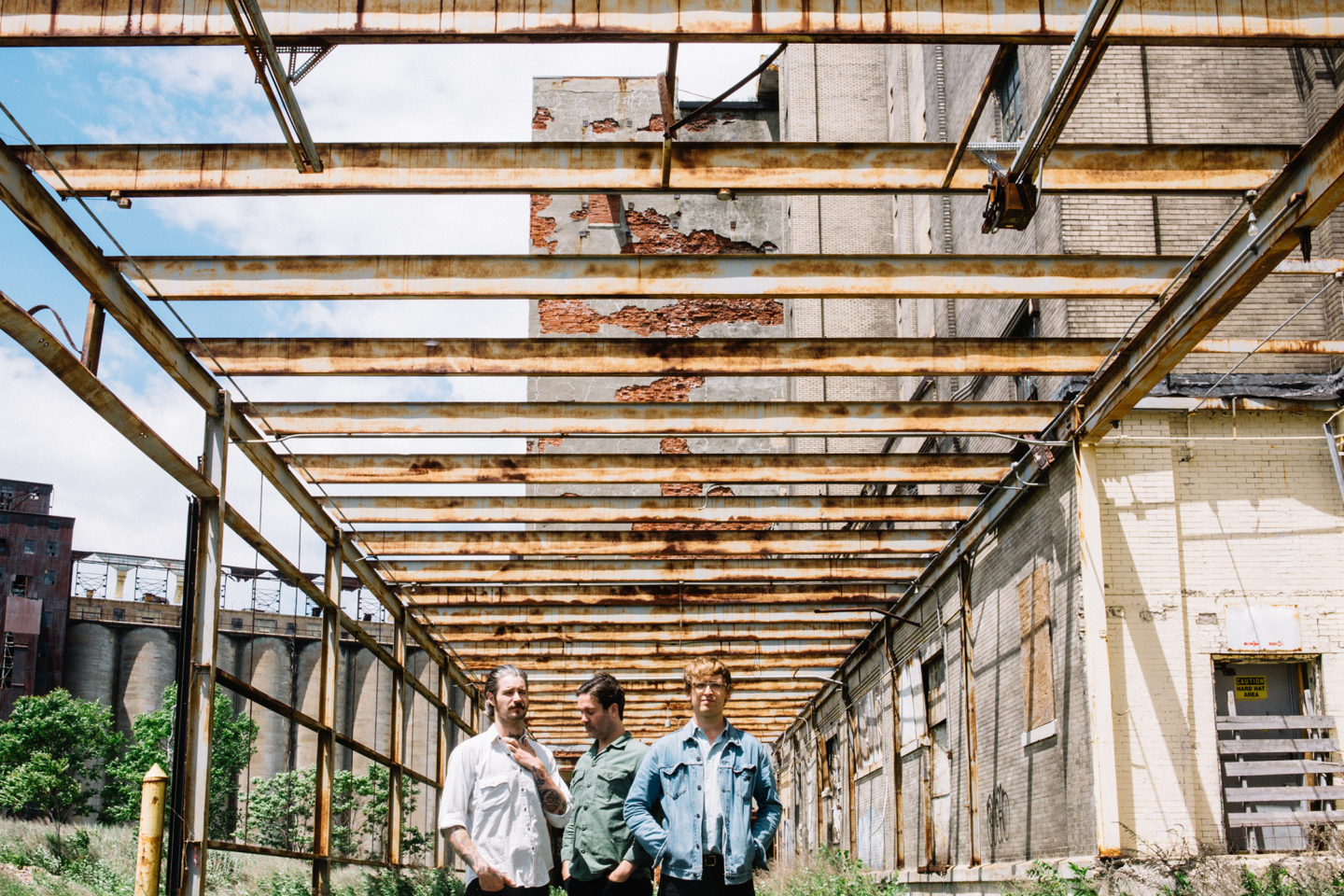 That noise music can be more than just uncontrolled feedbacks, distorted sounds and overturned synthesizers is demonstarted by METZ. The Canadian trio, having released their third LP Strange Peace last year, made a name for themselves with a heavy style fusing elements of grunge, hardcore and noise. METZ shows are intense, grabbing the audience from the first second on and only letting go after the last chord played. A full body experience for both musicians and audience. For singer and guitarist Alex Edkins the live performances are a necessity ‘It’s a great release, it’s a great way to get things out that you can’t get out in another way.’ He said when we spoke to him right before their show in Cologne.

‘Most people have a lot of pent-up anxiety in the day and age and they want to let it out. And this is a great excuse to do that. In the crowd and on the stage.’

His affection for this kind of music has always been there. ‘I’ve been drawn to wrong notes, clashy notes my whole life. I can say for myself that there has always been a real passion in that style of music.’

Maybe the rising intrest lately in this kind of seemingly depressing and dark sounds can be explained by the circumstanced we live in: The lack of worldwide security and a growing fear from terrorist attacks, Donald Trump as the president of the most powerful military force in the world, the Brexit, tearing a seemingly safe and strong alliance of values apart, constant wars in several countires with no solution in sight and an ongoing global refugee movement with people looking for safety and peace. These and more are things hard to ignore and while they remind oneself how privileged we are, it simultaneously drags one down and creates anger and pain emerging from the feel of powerlessness and resignation in today’s postmodern world. Art has always been a way to escape from the troubles of the everyday life, for the creators as well as for the consumers. ‘I’ve certainly been taken out of my current head space by a piece of music or a concert, where you can just beautifully be lost in it. And I think that’s one of the great things about any kind of music.’

Noise music can be a special way of releasing anger and frustration, because it allows both audience and performers to go to the limit and sometimes even cross that line and reach a point, only reachable though the extreme of uncompromised loudness and sound intensity. ‘I always say this and I truly believe it: It’s just medicine for me. And I think you see it in the crowd when everyone is physically sort of reacting to it. Or getting something back from it. It’s a totally positive thing in my mind.’

‘Even though you sort of letting out heavy duty and emotions at times, it’s without doubt medicine. It’s like going to the psychiatrist without having to pay.’

The music acts as an outlet to regulate all kinds of emotions. But despite the anger, frustration and pain and the sound, that might at first listen be associated with violence or aggressiveness, the vibes during a show are nothing like this at all – at least when METZ are on stage. ‘I don’t think that we are the type of band that would be considered aggressive. Because the content has never been about hate or violence. It’s the opposite of that. We try to create an welcoming and inclusive environment at a show, where people can feel free do to whatever they want. As long as they respect one another’s space and safety.’

Even though METZ shows are intense for everyone participating, it’s still a highly individual experience. Everyone got their own burden to carry, everyone got their own day-to-day struggle, despite all the global conflicts. The healing force of music, especially in this case of noise music, is something that gives people new energy. Energy trough destruction, energy though letting go repressing thoughts and reaching a state of mind, that goes beyond the worldly and taking on a psychedelic and even transcendental character. METZ archive this kind of transcendental character through the technique of repetition. Short riffs and sections are repeated with an intensity and directness, reaching a trance-like state that most bands are unable to reach. What the power of noise is capable of, Alex experienced himself more than once:

‘You are aiming for a state of mind that is not thinking about your everyday life. Where you can get lost in the music. Some nights you can truly just forget about everything and you basically feel like you almost blacked out for an hour. That’s beautiful.’

So if noise music is a way of letting out pent-up frustration and anger, would that mean if people were happy and the global conflicts would miraculously be solved within the blink of an eye, that there would be no need for this kind of music and people would stay away from the shows? Alex laughs: ‘I don’t know why people are coming to the shows, but hopefully it’s just because being able to connect over the lyrics, the music and the energy. The vibe that I get is that everyone is leaving happy. That’s what I hope for and that’s what we see a lot. I think you can make people happy.’

Evidently, there is not that one right way to archive happiness. But shows like this help people on their way. They smoothen out the edgy and the upsetting in the most uncompromising way until all that dissolves, leaving you blissfully exhausted. The potential of noise lies in it’s ability to free people from frustrations, anger and pain and turn these emotions into positive energy – at least for a moment. A moment, people can draw from a long time. If a constant high-pitched beep in the ear is the only side effect, this might be one of the most effective medicines for the wellbeing of a wounded human soul. 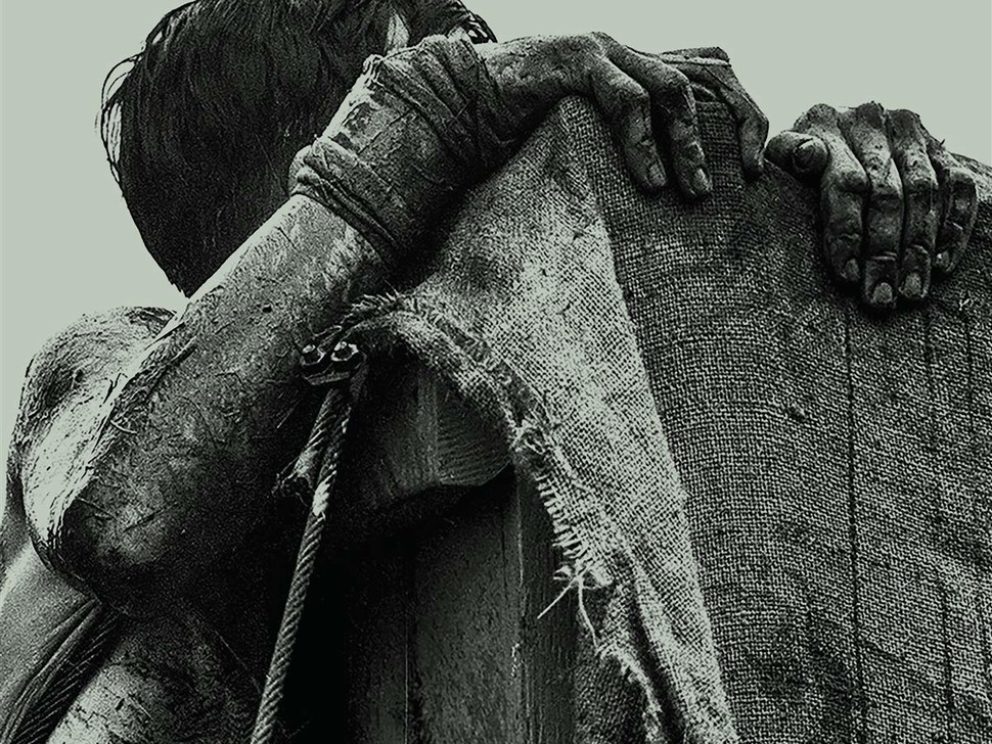