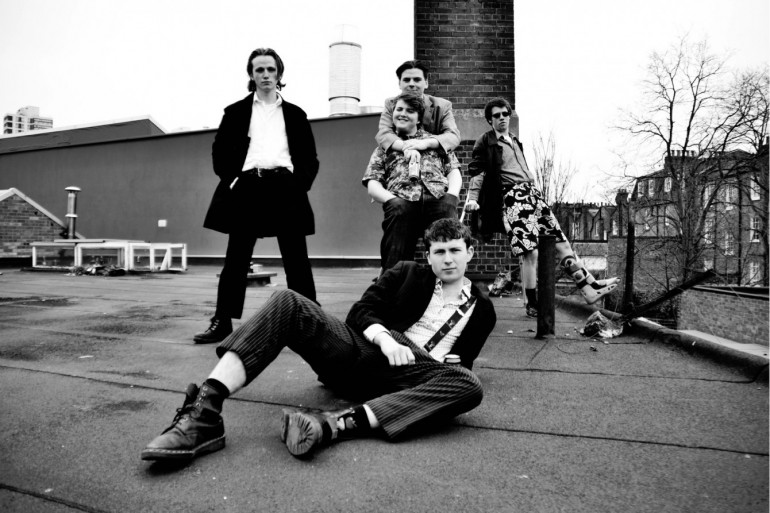 At this year’s Reeperbahn Festival in Hamburg Britain’s hot new bunch of mods, SHAME, delivered one of the festival’s most outstanding performances, including a lot of sweat, spit and mosh-pit activity. Now, the lads are finally releasing an official single in the form of the double-AA-single The Lick/ Gold Hole which arrived on the 7th of December via Fnord.

The band previously already shared the enigmatic Gold Hole and are now also releasing the second track The Lick, of course accompanied by a statement regarding the US elections.

‘Today is a day of mourning. Mourning for a world that has lost any hope at all of being saved. The planet is yet to receive the countless niceities the Trump administration has to offer, but while you wait, you can take all that we have to give – The Lick.

Though it will ease no pain and end no suffering, it might result in a moment of escapism, and that may just be what each person needs to indulge in when the world makes this poor a choice.

The people have spoken but was anyone listening?’

UPDATE 14/12/16: The band has now also shared a funny lo-fi music video for Gold Hole. We don’t want to give the story arch away but charismatic singer Charlie Steen plays a crucial part in it. Witness it right here.