Returning from the Reeperbahn Festival with a little time to process and recover, one is always reminded that a) it is still very unique at least in the German festival landscape and b) it’s also just a part of the bigger music business being in transition towards more gender-equal, sustainable and healthier structures.

It’s great to see the variety of female acts in the programme, Kate Nash, Peaches a.o. publicly speaking about sexism in the industry and the ongoing Keychange-Initiative being such a central part of the festival at this point. On the other hand, there is a major record company replacing one all-male rock star band with a German, misogynist cloud rap act on short notice but without involving the festival in that decision (we don’t mention his name here but felt similar disbelief during the Lollapalooza). Damn it, Warner Music.

It’s nice to be able to get healthy food, companies displaying electro mobility and being able to get to almost every venue by foot, bike or public transport. On the other hand: Does the Anchor Jury shuttle have to be a SUV? 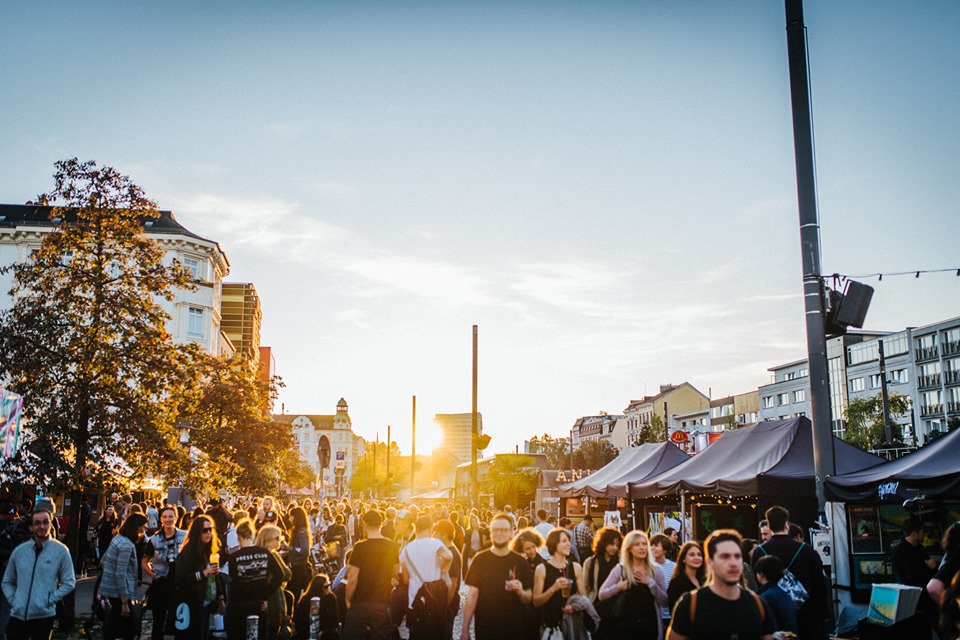 Everything looks prettier with a sunset, right? (Photo: Dario Dumancic)

It’s clear, common understanding of audiences, artists and business delegates alike that a more sustainable future is the only one for us. But, and we already pointed it out last year: The Reeperbahn Festival should start thinking about limiting its growth or find a better way to channel the ever-expanding programme. With over 600 concerts on four days and breaking the 50.000 visitors mark this year the actual festival experience is already suffering quite heavily. Especially the Molotow Club, a vital part for the whole festival, needs to be alleviated from some its various functions: Receptions, concerts on four stages plus delegates hanging out to network there all day led to a constant queue in front of the venue and simply too crowded concerts.

It’s decision time for the music industry: There’s no such thing as unlimited growth and the overcrowded and partly overstrained Reeperbahn Festival 2019 is the physical manifestation of this realization. Tough questions wait for the entire music industry as we approach this new decade that might easily be the most crucial one humanity has ever faced. But hey… no pressure.

That all said, of course we had a blast: Dozens of great concerts, enjoying the lovely vibe of the Reeperbahn, having too many beers in front of too lovely sunsets, bringing back the infamous Palms & Circumstances show to the L’tur travel agency (we’ll keep you informed about what happened there soon) etc. pp. The Reeperbahn Festival 2019 was another chapter in an ongoing affair of the hearts for us. And these were some of the highlights we cherished over the days:

“There’s no such thing as too many cowbells” seems to be the unofficial guideline for Squid from Brighton. Watching them is like watching a bunch of badly medicated, hyperactive kids. It’s angry, it’s psychedelic, it’s danceable – it’s pretty irresistible to be honest. These guys will be heard of, they know how to make sure. (Henning Grabow)

Wether it’s because of the genre’s ongoing popularity or because it’s just an easy way out: The buzzword for this year’s official artist descriptions seemed to be post-punk. Often it felt vaguely appropriate, often it felt misplaced, sometimes it was on point. One of the ladder cases was the appearance of Leeds-based trio Drahla. A strong orientation on rhythmics and their uncompromising will to include art into their dark, unsettling sound left an impression. And although it didn’t earn them the Anchor Award in the end they proudly represented “post-punk” in the list of nominees. (Henning Grabow)

Imagine Rachel Goswell writing songs for Esben and the Witch and you’ll get a good impression of what Just Mustard sound like – let’s call it Doomgaze. The five-piece from Ireland is already a pretty big hit in their home country and judging from the sheer amount of dreamy, disturbing energy that they emit on stage, they should be all over Europe soon. (Henning Grabow)

I already enjoyed them at last year’s OFF Festival and am not slowing down on recommending to go see them if you can: Shortparis are the kind of band you have to see live to really grasp the theatrical, subtly political, slightly queer, dark and twisted version of danceable electro punk they create. (Henning Grabow)

Sometimes it’s not about the hottest new shit and genre clash but simply about the music itself and the emotional impact it can have. Us cool scene kids tend to forget this every now and then but luckily a band like Jungle By Night reminds us of the joy and fun music can make if you simple perform it along with gifted musicians that also happen to be your best mades. Their excessive mixture of funk, R&B, jazz, afrobeat and a thousand other influences really brought big smiles upon the faces of pretty much every audience member at the Mojo Club. The Dutch nine-piece knows how to play with each other and for the crowd in a wild performance that felt both – perfectly synchronized but also wild and free. Needless to say: these guys are a must-see live experience. (Norman Fleischer)

It seems like Russian rap is a thing amongst the cool kids. But if you want to be even cooler, you’d listen to Ukrainian rap. The former kindergarten teacher Alyona Alyona went viral on Youtube just a year ago, now she happens to be one of the most acclaimed artists in her home country. Even without understanding the language, she captivated me from the start. She isn’t just talented in her rap flow but also impressed with both authenticity and an honest appearance. What a well-deserved winner of the ANCHOR Award 2019. (Louisa Zimmer)

Black Country, New Road seems like the new weird lovechild of Speedy Wunderground, label home of the likes of Black Midi. The 6-piece  even seem more energetic and enigmatic than their siblings, jamming songs nowhere under 6 minutes at packed Molotow Club. Of course, a sparse WWW appearance accompanies the hype. BCNW haven’t put out more than two songs yet, but you can catch a rare glimpse into their intense live sets on Youtube. But jump on the bandwagon soon, they’ll probably soon be the new favourites of not just British indie-heads. (Louisa Zimmer)

Hands down, a band that comes on stage to Robbie Williams’ Let Me Entertain You had to conquer my heart. Having followed Sports Team for a while now, it didn’t surprise me at all that the sextet was even more entertaining on stage than in their videos. Frontman Alex Rice can easily be compared to Mick Jagger with his dance moves. Even though it was one of the last sets of the festival, the band earned the heftiest moshpit I’ve witnessed all weekend. Sports Team got the wit and their frontman’s charisma that will earn them a lot more festival slots. (Louisa Zimmer)

Dutch songwriter Tessa Rose Jackson and her alter ego Someone have already given us great moments in the past, including a highly recommendable EP of Air cover versions. Seeing her perform live along with a full band line-up truly helped to understand that slightly anonymous project a bit better, especially during their show in the way too cosy basement of the Molotow Club. When I say it was warm and intense I’m not just meaning the venue’s air conditions but also the music itself. Jackson and her gang delivered fuzzy and trippy psychedelic pop that invited the audience for a meditative dive into this colourful pool of lush riffs and catchy hooks. (Norman Fleischer) 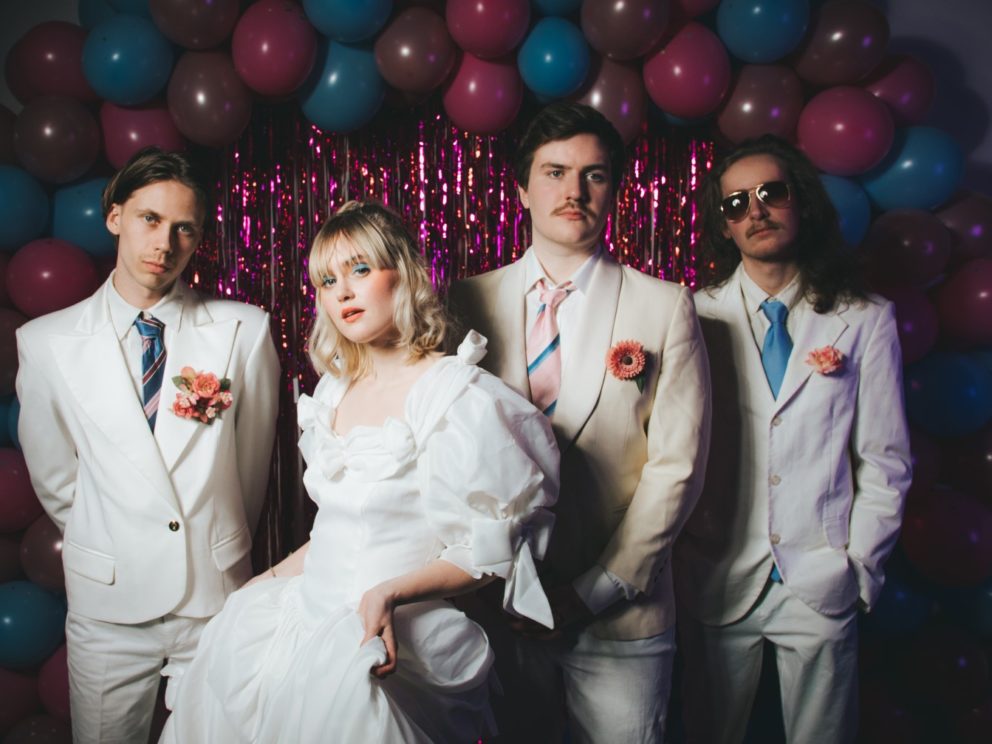 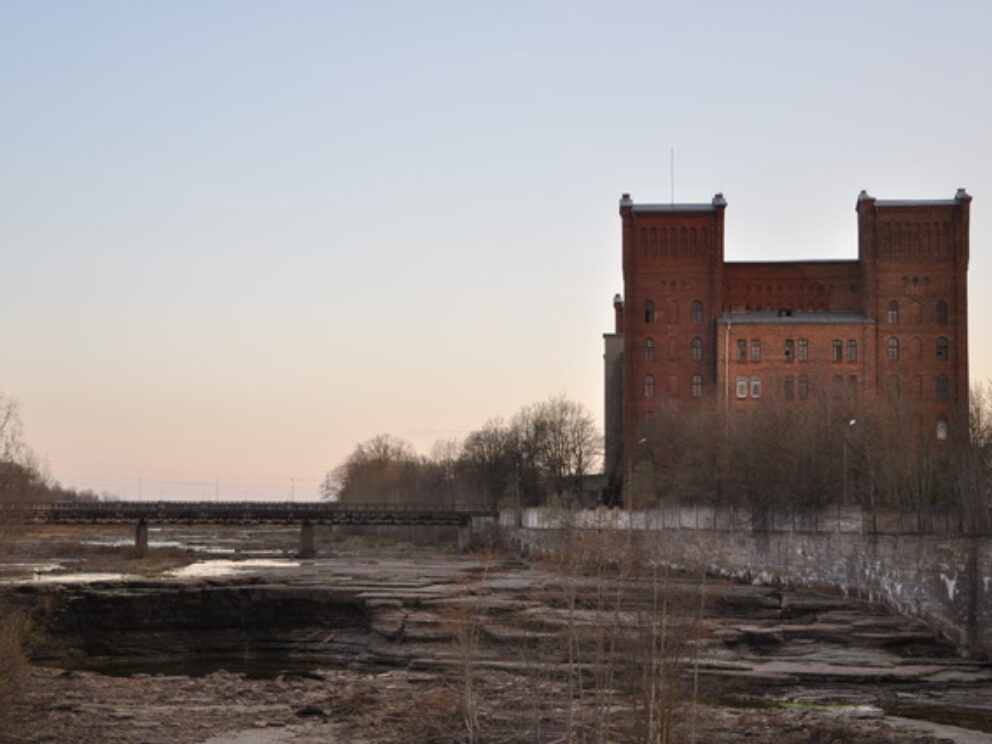 Estonia borders Russia as well as Ukraine sharing close cultural ties with both countries - until the Russian invasion. Now, the music festival is at a cross-roads in the most literal sense. In resistance to the Russian aggression, Tallinn Music Week teamed up with Narva, the city that is connected to Russia by a bridge. Writer Dan Cole attended TMW and shares his impressions of a festival that aims to support and show solidarity through music, art, and exchange. 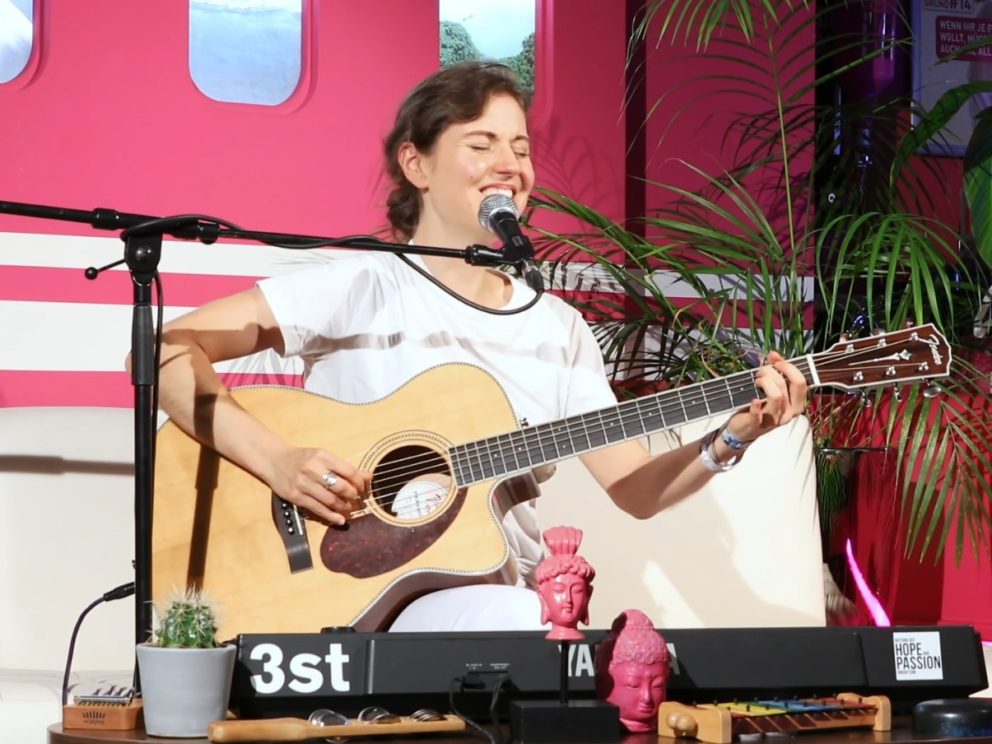