I would have loved to see the faces of Domino Records representatives when Alex Turner first scuffled into their offices a few months back to play them the sixth Arctic Monkeys album for the first time. They might have put up a brave front but in my imagination the overall opinion probably was a gentle ‘What the fuck, man?’. Maybe they also needed to convince Alex Turner to not make a solo album out of Tranquility Base Hotel + Casino. Here’s how I imagine it going down:

Alex: ‘So, I’m really into that Steinway piano and want to make a personal concept album.’
Label: ‘Yeah, but what about the other guys?
Alex: ‘Well, it’s not a rock album. I’m not into that anymore.’
Label: ‘Dude, seriously? We already gave you two years with Miles Kane doing your Last Shadow Puppets extravaganza. We need our fucking cash cow back!’
Alex: ‘Okay, they can be my backing band and we label it a Monkey s record, okay?’

Well, that might be a slight exaggeration but considering the sky high expectations ahead of the new album’s release it’s fair to say that a risky turn like this wouldn’t be the most obvious career move. But the Arctic Monkeys are not your ordinary rock band and that’s partly the reason why they are what they are – one of the world’s biggest bands. They adapted and were willing to change quite quickly after the initial British indie hype of 2005, making sure they didn’t end up like the Kaiser Chiefs who were only remembered by their two, three glorious hit singles. Arctic Monkeys have always been beyond that. They made it through the ‘Josh Homme gave us an American rock sound’ back clash by simply carrying on and providing great twisted rock anthems, ultimately resulting in 2013’s AM which still is their most ‘in your face’ pop hit album so far. It took them those ‘hard’ years (although I think Suck It And See really is a great album) to finally get where they are today – and to also attract a new generation of fans. Attending a show by the band these days you quickly realize that it’s the songs of AM that have become the big crowd pleases and not the furious and reckless garage rock of their 2006 debut Whatever People Say I Am, That’s What I’m Not. 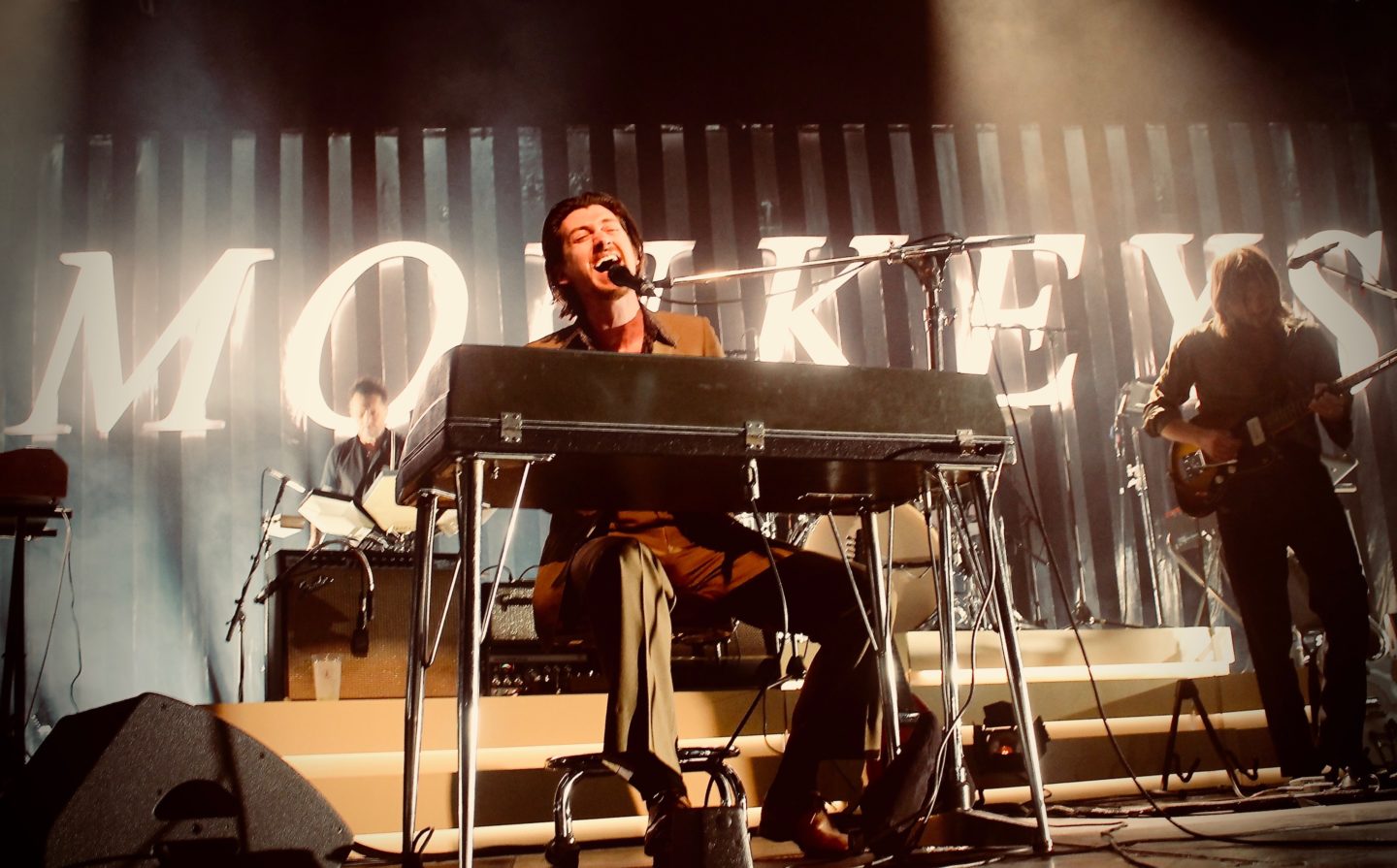 Ever since rock music faces a decline in pop cultural importance there’s this ongoing search by journalists and old-fashioned rock music hardliners to look for ‘the saviours of rock music’ on a regular basis. It’s probably due to the historical importance of guitar-based music that people feel the need to continue that search. They want new Led Zeppelins, Queens and Nirvanas but instead people tend to get confused when Beyoncé and Kendrick Lamar headline Coachella. Remember that weird controversy a few years when people were against Jay Z headlining Glastonbury? Well, that’s a totally different topic but the point is: we can’t leave the job to the Foo Fighters, right? In many ways the ongoing ability of the Arctic Monkeys do expand their fanbase and embrace new musical territories within the rock music setting let to the belief that it’s the job of Alex Turner, Jamie Cook, Nick O’Malley and Matt Helders to save what doesn’t need to be saved. By now you’ve all listened to Tranquility Base Hotel + Casino, made up your mind and came to the conclusion that it’s a really good album, just not by reactionary and predictable rock standards. There are no unsubtle crowd pleasers, no new RU Mine? or Snap Out Of It. Instead it’s an odd and twisted concept album, packed with musical and lyrical references. And with the fictional setting on the moon it’s literally as far away from the ‘down-to-earth/ boys from the neighbourhood’ mentality of their first releases as it can be.

From Sheffield to showmanship

I managed to see Arctic Monkeys live on every tour since 2006. I watched them constantly grow from boys to men, from small venues to headliner slots. Especially Alex Turner’s transformation from the confident yet a bit shy boy who appeared to be glued to his guitar back in the early days to this great entertainer is impressive. The blossoming of the pimpled lad from Sheffield to a sexy and confident showman with that rare slightly arrogant attitude is one of rock music’s finest Cinderella stories and considering the fact that he’s still only 32 we can only guess where this is going to end. Witnessing the band now during their first European shows in four years you sense that growing confidence and the desire to not be that leather jacket wearing rock and roll cliché … at least for now. Instead the Arctic Monkeys stick with suits from the 70s, added even more musicians to their live line-up and are only one step away from going ‘full Las Vegas’, it appears. In Berlin they only play four songs from the new LP but despite not being made for a broader audience the fans really do embrace these new ones. Well, an increased number of drunken British gentlemen in the audience is really helpful in such situations. 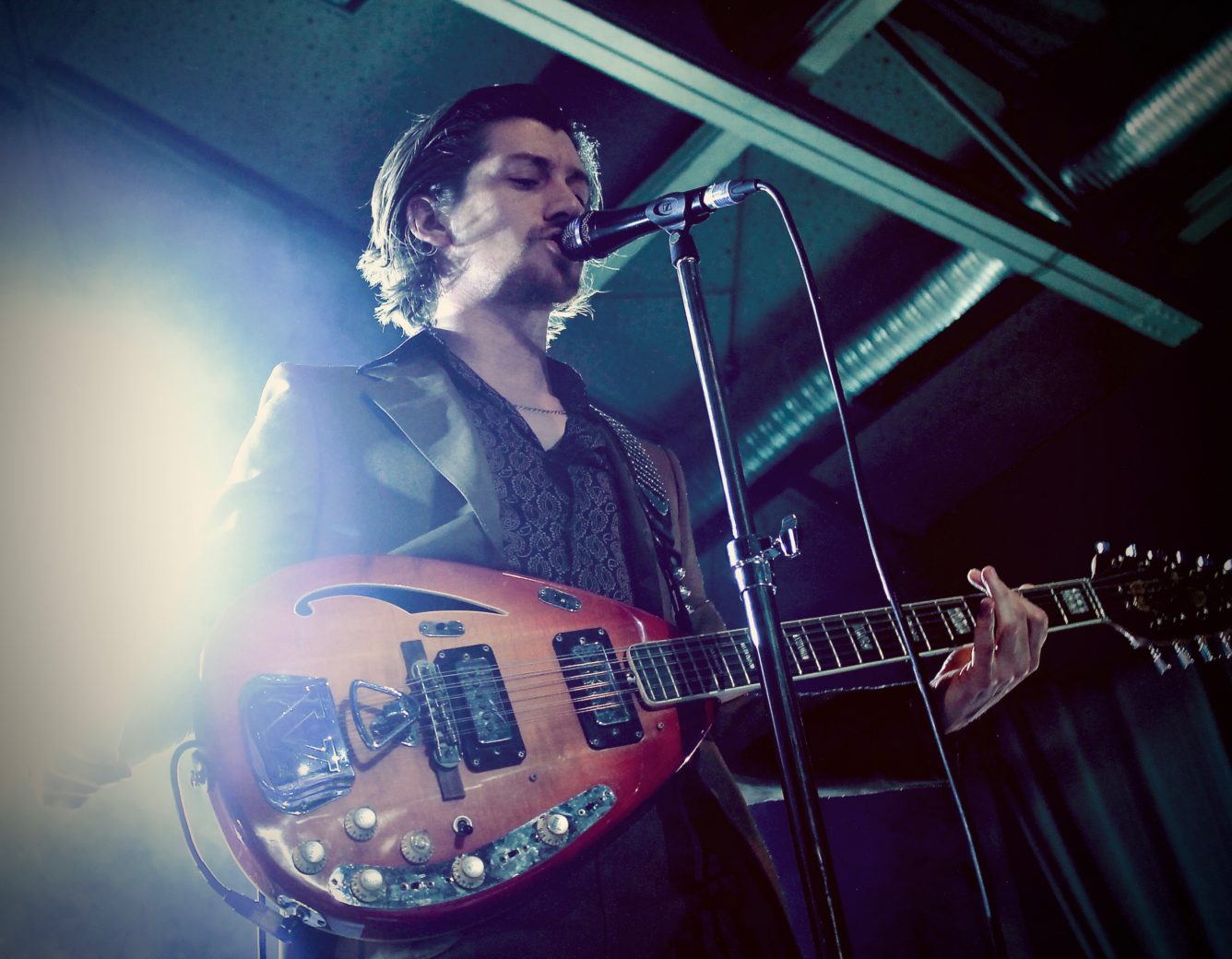 Aside for the Tranquility Base moments the rest of the Arctic Monkeys show in 2018 plays things pretty safe as it is indeed a slightly predictable rock and roll extravaganza. The majority of the set contains music from AM, once again underlining the album’s status as the most accessible Arctic Monkeys record. They rarely visit their first two albums unfortunately but whenever they do the crowd goes mental. Nothing against Do I Want to Know? and Don’t Sit Down ‘Cause I’ve Moved Your Chair but you simply can’t beat the furious power of Brianstorm and The View From The Afternoon. But as the career of Arctic Monkeys constantly evolves it feels as if these songs have less and less space within the concept of their show. And in many ways, the performance of I Bet You Look Good On The Dancefloor feels like ‘Well, yeah, we don’t want to but here it is anyway.’ But that might just be my imagination speaking once again. Arctic Monkeys did a solid job at their two Berlin shows, it was a glorious return after a way too long absence. Personally, I only question why they take 50 Euro for barely 80 minutes of performance and why they decided to primarily focus on AM. In the end it does feel as if Arctic Monkeys – or at least Alex Turner – want to rise above the status of an ordinary rock; they are just not ready yet to make that full commitment. Tranquility Base Hotel + Casino is a brave step out of their own comfort zone. The concert was a soft glimpse of what to expect from these guys in the future: more greatness, less garage rock. After all those years they are still not whatever people say they are.

All Photos taken by Annett Bonkowski for NBHAP.com
at Columbiahalle, Berlin on May 22, 2018