It’s a thin line between love and hate and no matter what side you pick there’s a reason why you react strongly for or against something. It’s a tricky thing when it comes to music because that’s always a subjective and quite personal matter so if you happen to really hate a certain artist he or she must be really good at it. And I totally get why you can hate a band like The 1975. They are an easy target, their music is posh and often indecisive mainstream pop that feels as if it wants to attract as many people as possible. Their audience is mainly young and female, giving them a certain ‘boygroup’ vibe and outgoing leading man Matt Healy surely underlines that. You can call them pretentious, arrogant and maybe megalomaniac but the Mancunian four-piece probably couldn’t care less. They already addressed all their haters in the music video for The Sound. In the six years since we first featured them on NOTHING BUT HOPE AND PASSION the band gathered Millions of social media followers, topped the charts in the US and UK, sold out arenas in their home country and also won a few awards. With the arrival of their third LP A Brief Inquiry Into Online Relationships The 1975 are officially one of the biggest groups of the United Kingdom. And they are not going to stop anytime soon.

‘The best albums are the ones that hit you hard with every single song’ – that’s what Matt Healy told me back in 2012 when we first exchanged questions and answers via mail; something that really did become the band’s credo. And that was before they even recorded their debut LP and its ambitious follow-ups (another one, currently entitled Notes On A Conditional Form, is planned for a 2019 release). A Brief Inquiry Into Online Relationships might be a bit shorter than it’s platinum selling 2016 predecessor I Like It When You Sleep, for You Are So Beautiful yet So Unaware of It but not less packed with ideas, thoughts and genres.

More than anything The 1975 are a band of their generation, one that grew up with all the benefits of the World Wide Web, a world that allows them to access almost all the music all the time. And that’s how they’ve been sounding like right from the beginning. Neither have they been a typical indie band, nor a standardized mainstream pop group – their new album delivers everything from Autotune-infected R&B vibes (I Like America & America Likes Me) to abstract electronica (How To Draw/ Petrichor), cheesy 80s radio pop (It’s Not Living (If It’s Not With You)), gentle acoustic ballads (By My Mistake) and old-fashioned soul with jazz vibes (Mine) … I mean there’s even a song on the album where a computer voice reads a short story over a tender piano melody.

Awareness for the ambivalence 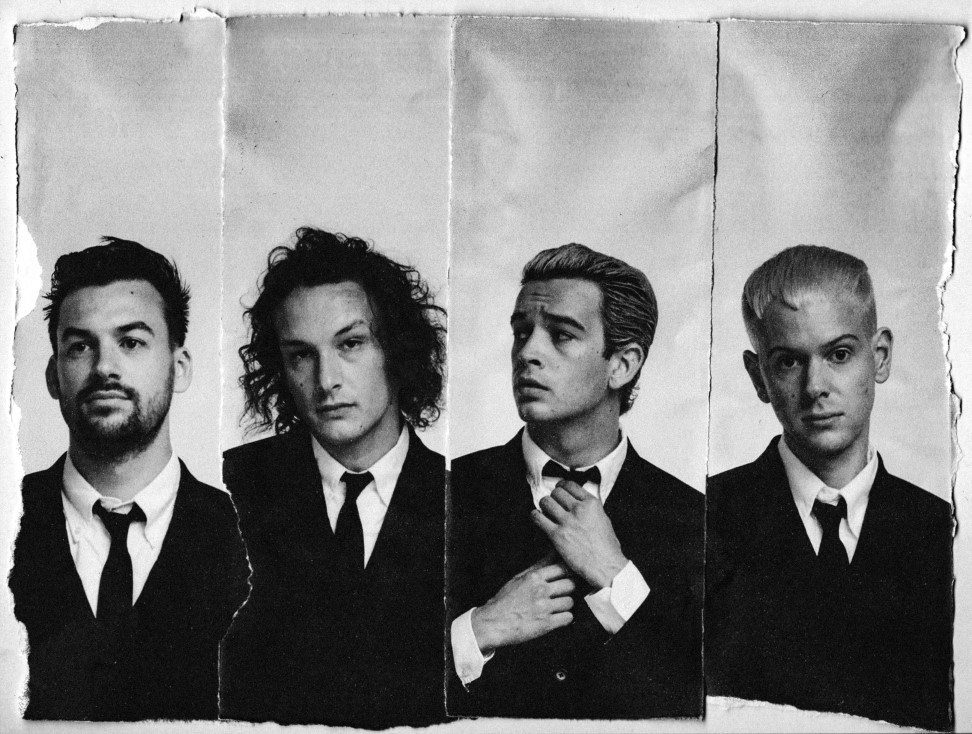 This is a band that wants everything and apparently can play everything. One thing you might easily overlook when you try to label these lads is the fact that they are all pretty good musicians that can easily adopt various genres and perform them with a certain amount of dignity. I can’t see Coldplay or Ed Sheeran doing that in any form. On top of it Matt Healy’s honest and slightly eccentric character can also distract you from his songwriting skills. Yes, you can label it ’emo’ but at least he got something to say even if it’s just a desperate attempt to arrange the chaos of this modern world. ‘Truth is only hearsay, we’re just left to decay – modernity has failed us’ he sings in Love It If We Made It, a track that manages to include Trump, Lil Peep and the European refugee crisis within only four minutes. Matt Healy is a voice of his generation, one that got all the possibilities of this society but who also feels a bit lost in a slightly chaotic world that partly got ruined by previous generations. How do you love when everything appears to be temporary? How do you make a decision when there’s always a better option? How do you build an open-minded society when Theresa May is closing the gates? And is there even a point in building a future when the climate change is fucking us up any way? These pending questions are omnipresent and The 1975 is the pop band that somehow tries to address a few of these thoughts, always trying to not get too cynical about the whole bullshit.

As an album A Brief Inquiry Into Online Relationships circles around the ambivalence and troubles of modern life, partly encouraging the listener to question own habits and change things but partly also accepting it the way it is. There’s an existential notion that shines through the often very catchy pop of The 1975 and Healy’s character knows how to transport that in a cool and entertaining way. And I don’t know about you but these are all characteristics I love to see in a quality pop band (aka all the things that I don’t see in Imagine Dragons or Little Mix). I’m in my thirties and I simply love good pop music. But I just imagine what it would have felt like to discover these band when I was 17. In many ways The 1975 feel like a perfect gateway drug to all the iconic groups that somehow influenced these guys – from The Cure to Duran Duran, from Fleetwood Mac to Michael Jackson. Well, actually the whole world of popular music from the past 40 years, right? To sum it up: Underrating this band is a critical mistake. They got the talent, the attitude, the fans, the right songs and stubbornness to get even bigger this time. The 1975 maybe want ‘too much, too quick’ but that’s a common disease of these accelerated and ambivalent times anyway and I couldn’t think of a more fitting group to soundtrack it all.

A Brief Inquiry Into Online Relationships is out now via Dirty Hit/ Polydor.